November 08, 2017
Before we get going I should get this out of the way: yes, this is an entirely new phony hate crime hoax and not a fictional composite of past ones I cobbled together. You could be forgiven for thinking this, of course. All the usual elements are present: a low-effort "racist" incident, the appropriate red-faced outrage from the scumbags, careerists and cultural marxists holding power, "much more needs to be done" moralizing, a promise to have the weight of the law fall on the evil "klan" member like a thousand pounds of bricks and then the quiet collapse when the "African-American" is revealed as the guilty party and any desire for justice rapidly melts away. Or, to put it more succinctly, different day, same old shit. This time it's the heroic American Golem at the center of the fraud, as the brave Eagles for Israel were rocked by highly dubious "hate."

Racist messages written on a whiteboard at the Air Force Academy in September that made national news and inspired an impassioned speech from a lieutenant general were written by a student supposedly victimized by the messages.

Yes, this total and complete bullshit made national news. I guess we shouldn't act so surprised anymore. After all, there's a jewish anti-White agenda to promote and our endless cooperation with our own destruction and groveling appeasement towards dangerous inferiors who hate us and want us dead makes for a very poor Two Minutes Hate subject. We know Whites are bad, a merchant with a weird little cap and a hooked nose said so, now we just need some evidence. How about an easily erased Crime Word on a white (and thus, doubly "racist") board? The kosher fraud news couldn't get enough of this. It was all a lie. Again. 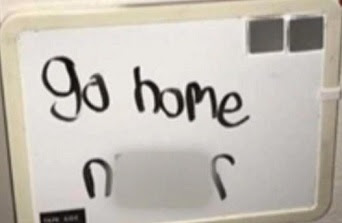 What, no incorrectly made swastika?

A report from KKTV11 Tuesday states “one of the cadet candidates at the Air Force Academy Preparatory School allegedly targeted by racist remarks has been found responsible for the act.”

Hey negro, watcha doin'?!? I know, who could have predicted this? It seemed so legitimate and we all know the average White serving as kosher cannon fodder holds deeply "racist" views. I don't think we've ever seen a similar deception.

Spokesperson Lt. Col. Allen Herritage told The Gazette in an email, “We can confirm that one of the cadet candidates who was allegedly targeted by racist remarks written outside of their dorm room was actually responsible for the act,” adding, “(t)he individual admitted responsibility and this was validated by the investigation.”

Thank you Lieutenant Colonel Dipshit, we never would have figured this out on our own. It appears that the crops failed because of an early winter and not because of the evil eye.

The writings sparked national outcry, including a media firestorm that occurred after a speech from Lt. Gen. Jay Silveria condemning racism went viral.

Let's all cheer as Based Blowhard condemns evil Whites and defends muh multi-culti proposition nation while gasping, wheezing and inflating his soft face like a puffer fish. Don't worry everyone, Psycho General is here to scream and froth at the imaginary "racists!" Take that, anti-American bigots who, strictly speaking, don't actually exist. 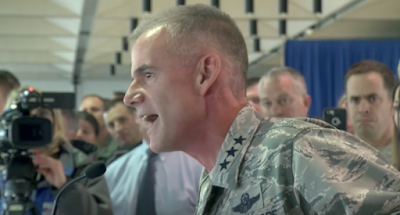 Silveria told cadet candidates that any racists needed to “get out” and extolled the “power of the diversity” of the U.S. military.

If "diversity" is such a strength, why does it require massive coercion and endless lies?

He also said in the speech, “We would also be tone deaf not to think about the backdrop of what is going on in our country. Things like Charlottesville, Ferguson, the protests in the NFL.”

Honestly, they should give this p.o.s. a rifle and put him on the front lines of one of our jewish foreign adventures. Maybe send him to Niger. There you can fight for "Charlottesville" and suffer the meaningless and horrible death that you're eagerly willing to inflict on others.

The Gazette also reports that the cadet candidate wrote these fake messages “in a bizarre bid to get out of trouble he faced at the school for other misconduct.”

A negro creating a hate hoax to deflect negative attention? This is so bizarre and unprecedented, I don't know what to make of it.

This news comes after The Daily Caller repeatedly sought comment from the Air Force Academy to no response. A reporter’s FOIA request over the racist messages was also delayed.

What, no barking Gunnery Sergeant Hartman speeches condemning this? No calls to "get out" from a gutless sinecure coward who wears camouflage indoors for some reason?  Again, this is absolutely shocking.

The identity of the student found responsible has not been released yet.

I'm sure the same courtesy would have been extended to the mythical White perpetrator if this had somehow turned out to be real. 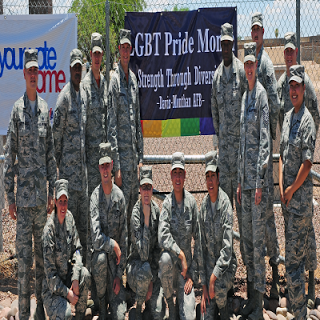