November 01, 2017
My thoughts and prayers are with the victims of [the New York truck attack]. This is a horrible tragedy, an attack on the diversity that is our greatest strength. If we learn any lessons from this we dishonor their memory. We must continue as if nothing happened. [Vehicular homicide] is a part of life in the city and something we have to get used to. My biggest fear is a backlash from "racists" against the many innocent [Uzbekistanis]. I trust you all have your candles lit. Let's have a song. "Wrist icicle, ride dick bicycle."

You don't have to set your faceberg duck-face picture to the flag of this dying country. We're not doing that anymore.

Please watch the following amazing video. Be sure to dislike and let the jew behind this know how you feel about it.


A negro and a hijab head walk down a peaceful suburban street. No, this isn't the start of some joke. High trust, friendly, open and respectful, this is the "multi-culti" as seen through the eyes of a syphilitic madman or a jewish propagandist. A la-teen-oh bricks an African Tree Hockey shot. See, your displacement is good, they're just like you except a little darker or whatever. All is not well in this kosher paradise, however. An anchor kid hauls ass down a sidewalk, pursued by the sort of evil White that only exists in home security commercials, jew movies, fake news reports on the electronic synagogue and leftist political ads. The Stars and Bars flies from the back of the Truck of Evil. He's against tariffs on European trade and in favor of states' rights, run for your life!

We get a quick glimpse of the White monster. Just like in a horror movie we don't want to humanize the boogeyman, so his grizzled face is mostly concealed. We see just enough to be certain this is a gringo. When I talk about Whites becoming a hated minority in our own homelands if we lose, this is what I'm referring to. Even as we're replaced and marginalized, as our history is destroyed, as our future dies, we'll still be the official holocaust goat for the predictable and disastrous failure of the insane semitic experiment in "diversity." When we're gone we'll be cursed in our graves. Groveling and appeasement will not buy even a sliver of good will from an enemy that wants us annihilated. Victory or total destruction, these are the options. 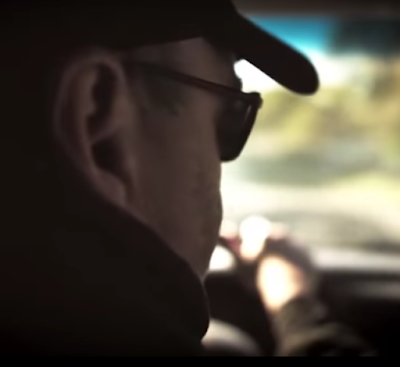 A chilling new tale of terror from the Harvey Weinstein Company.

One is forced to marvel at why the vibrant "diversity" would illegally sneak into a country full of homicidal Whites who hate them and regularly use their working class sports cars as weapons to mow down their spawn. Maybe this video isn't being entirely honest with us.

As the truck bears down on the cast of Sesame Street I also can't help but wonder if a similar, real incident didn't just happen, except I don't think the driver was White. It's possible, but my faceberg photo hasn't changed, so I guess I must have imagined it, probably because I'm a "hater."

Look at the boy run! Get him a "scholarship" to play la-teen-oh cricket! 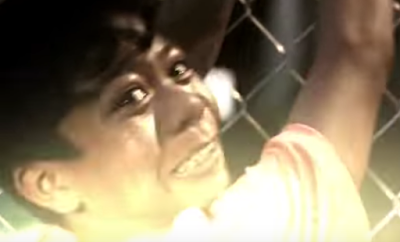 After an artsy overhead shot, as if this ham-handed attack on Legacy America is "Citizen Kane" or something, the undocumented citizens run into a fence which is neither big nor beautiful and are about to be mowed down by a not-see who votes for mainstream Republicans, cares about "conservative values" and murders may-hee-cans and moe-ham-head property in his spare time. Luckily, it's just a dream (Get it? Wow!) and little Pablo is comforted by his father, a hard-working natural conservative who uses a toilet correctly and certainly doesn't hang out in parking lots drinking cervezas and menacing White women.

This abortion was a product of something called the Latino (sic) Victory Fund. This ugly display of politics as tribal warfare is good, as long as it's not Whites doing it. Then it would be bad. Speaking of Whites, how are they responding to this incredible message of hope and change? Let's take a quick look.

This is actually what happens to whites after dark in minority areas. Been that way for 60 years. Your ad is backwards.﻿

Reject hate? Unless it's against white men apparently.﻿

Replace the truck with Kevin Spacey's car and you will be more accurate.

Propaganda to weaponize foreigners against the native population, plain and simple.﻿


Someone please edit this video to feature Pepe instead of the driver-dude.﻿


oy vey! as a white man i have to say that this ad is the truth white people are evil!﻿

Oh the irony. NYC attack the day after, exact opposite of the ad.﻿

A racist commercial by a racist Mexican organization.﻿ 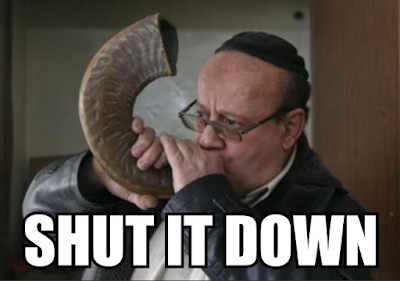