December 29, 2017
2017 will be remembered as the year the jew attacked with the full weight of all the institutions under its control. It was the year of censorship, attacking the past in the name of destroying future and endless semitic hysteria. It was the year that Jared Taylor's dry lectures on racial intelligence differences were declared neo-nawrtzee hate propaganda by the "shut it down" squad. It was the year when, for a brief period of time, the fraud news was insisting that Whites were the real terrorists. For all of these kosher attacks, we've emerged stronger than ever. The next generation is going to be our most hardcore supporters and the semitic attempts to silence us are seen by the youth as pearl-clutching by completely lame and uncool old normies. We're still going to win. The following twelve stories are representative of the soon to end Current Year and are worth a second look.

Of course, civilization, individual rights and classical liberalism really do represent "White supremacy," but not in the way this debt slave suggests. We are superior. Compare America in 1789 with present day Africa. Your eyes aren't lying.

Everything is fine in Sweden, Mr. Trump. Please stop calling attention to our national suicide, it's hurting our feelings and making our cowardly acceptance of foreign invasion look idiotic instead of virtuous. There will always be a Sweden, a country can't be destroyed as long as the magic soil converts alien conquerors, just ask any Byzantine.

Wanted: bloated, soft, debased and pathetic Whites to promote national suicide. Must be able to recite kosher mind poison encouraging White genocide without breaking character. Must value shekels more than the future of your own homeland.

I personally believe that U.S. Americans, some of them don't have bikes and, uh, our education like The Iraq and South Africa, everywhere like such as, and we should open that wallet for the children and the African countries, build up our future, etc.

"Excuse me, Mr. Projected Jew, but did you know it can take ninety minutes or more to cremate an adult body and this requires about eight gallons of gasoline? Here's a picture of a real gas chamber, it resembles a bank vault. Besides, wasn't it fire pits? That was the original claim." Smoke and sparks begins erupting out of the base, the malfunctioning chosen is quickly wheeled out of the room.

A Race for People

No, not Japan! The last thing we want is a homogeneous, clean, high-trust, prosperous and advanced nation. We've got a "people race" to win, a rat-faced man said so! Bring in the Somalis!

Don't forget the role of the sloping of one's forehead, the size of one's frontal lobes, the future time orientation of one's mind, the protrusion of one's muzzle, etc.

It gets worse and it's pretty clear why this was the first video selected to become uncontent. "Racial differences in intelligence." The mind swims with images of barbed wire, smoke pouring out of chimneys, shallow graves, Nebelwerfers shooting rockets, jack boots kicking in doors and all the rest. The honkey even admits how "unpleasant" this is. Welcome to hell. This man is the devil. "Huwhy talk about it?" Good question! Put him in prison!

I know, what are the odds that a "discussion" consisting of a panel of screeching living fossils not only failed to fix our nation's original sin but instead led to more comical simian ooking. The mammy scared of ghosts in a "Little Rascals" short has more dignity and introspection.

We'll show this craka debil that we don't collectively have below average intelligence! *screams incoherently, holds up a phone set to make annoying noises*

The Path of Wisdom

Let's take the entire population of Africa and move it into whatever is left of Europe after the moe-ham-head army of jihad gets done having their way with it. Think of the exciting vibrancy, all the shekels being "pumped" into the economy and by the way, you're not getting any younger, gentiles. Yes, unlimited Dark Continent invasion is the next kosher step in the planned demolition of Europe and only a "racist" would have a problem with a deluge of 60 I.Q. aliens.

Today the verdict finally came down in the crime that changed our political landscape and awakened the sleeping White giant. Suffice it to say, this is another moment that will be remembered as a watershed in our struggle to restore our lands and save our people. It is now perfectly legal to kill Whites in California. 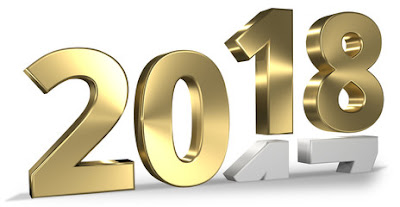