December 22, 2017
A 600-year-old school in Germany has ditched Christmas celebrations during class time after a Muslim pupil said that carols were incompatible with Islam.

The kosher snow job of "multi-culti" means parallel societies for foreign invaders while the vanishing indigenous population gradually concedes everything that matters, an act of weakness that wins absolutely no goodwill from the enemygrants. Look, moe-ham-head, we're no longer celebrating anything that might offend you! This is sure to reduce the number of self-driving trucks and sexual emergencies, just you wait. Once they realize we'll do anything they want they're going to respect us.

After a stir in local media over reports that the Johanneum Gymnasium in Lüneburg had “cancelled” Christmas following a Muslim girl’s complaint that the songs conflicted with her religion, the school’s headmaster said that the school was taking “a sensitive approach” to the festive season.

Muh sensitivity, just like how the scars might be a little sensitive after you've been gelded. Appeasing the moon cultist should be the top priority in a rapidly dying nation.

Headmaster Friedrich Suhr confirmed that the complaint had taken place, but denied it was behind the decision of management at the school — one of the oldest in northern Germany — to postpone and make voluntary its annual Christmas party.

I thought we'd suddenly break with six hundred years of tradition for no good reason. Some sand monster child bride complaining had nothing to do with this abject cowardice, trust me.

The headmaster also explained that that music lessons at the school would no longer include songs with religiously-themed lyrics, pointing to regional education board rules which require teachers show consideration to pupils from minority faiths.

This will be the magic bullet that converts fanatical and moronic aliens into good little consumers and materialists. We'll sing some advertising slogans, sing about our love for that semitic geld. We must be considerate of the "minority" idolatry rapidly conquering without firing a single shot.

A number of church figures have hit out at the school for taking an overly sensitive approach, with Catholic Bureau of Lower Saxony prelate Felix Bernard pointing out that religious music in Germany “is part of our cultural heritage”.

Yeah, maybe. On the other hand some alien invader doesn't like it, so I think it's pretty obvious what "the right thing to do" is. 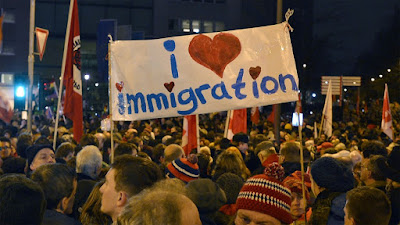 I *heart* the jewish planned demolition of my homeland.


Auxiliary Bishop Nikolaus Schwerdtfeger added it should go without saying that Christmas carols would be sung at Christmas celebrations in a Christian country.

A lot of things that "go without saying" are happily ignored, for fear of the jew. We're not equal. Importing the mud world will not improve your country. Christian values are not universal. The jew is not your friend. These are obvious truths that must never be spoken. We don't want to be called names.

“The fact that a school Christmas party can not take place during class time, I find a pity and also a bit absurd,” he said.

Sad and absurd, an apt description of Germany's national suicide.

Norddeutscher Rundfunk reported that the issue has caused “heated debate” among pupils at Johanneum Gymnasium, with one lamenting to the public broadcaster: “Something that was never a problem before is now being made into one.”

It sure is strange how the mighty strength of "diversity" brings nothing but misery and new problems that never existed before we lost our minds and our souls.

On the other hand, pupil spokesman Thurka Parathaman backed the move to marginalise Christmas at the school, stating that it would not be right to have an event “for Christians that excludes other religions”.

The followers of the False Prophet will show the same courtesy once they're in control. 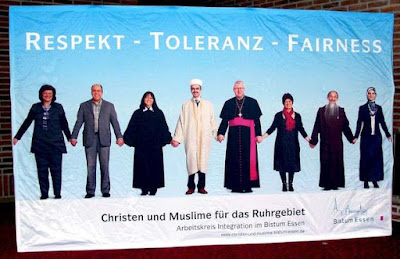