December 05, 2017
Attempting to police the negro is wrong. We all know the average officer is a deeply "racist" scumbag eager to "limit" a cherubic "teen" who clearly didn't do [anything] and is just about to go to college. The solution is to simply allow the Crabgrass-American to run wild and in Baltimore we see the end result of this bold new strategy. Creatures from the early chapters of an anthropology text are blasting each other in record numbers and it's now unclear how we can blame Whites for this, always the go-to tactic when some aspect of our jewish multi-cult fails spectacularly. It might even be time for a Zimbabwe-style "Come back Whitey, we dyin' hee-ah."

A series of shootings resulted in Baltimore's 320th homicide this year. Killings continue as the Maryland city becomes the nation’s murder capital, pulling ahead of New York City in raw numbers and Chicago in terms of homicides per capita.

Who could have predicted that making it impossible for law enforcement to do their job would result in this? I mean, we're not Nostradamus, okay? Anything could have happened, we just got bad luck and rolled snake-eyes or whatever. I'm sure, by the law of averages, that Bodymore will be one of America's safest cities next year. Until then, congratulations on somehow defeating Chiraq in the dead nigga bodies (Ah!) race, Bodymore. This is a true testament to the content of your character.

A police investigation is under way into a triple shooting in the southern Baltimore neighborhood of Brooklyn, which left one man dead and two wounded on Sunday.

No arrests were made, witnesses are refusing to cooperate, etc.

In October, Baltimore surpassed New York City and Chicago as the nation's murder capital. The city has seen more murders this year than New York, despite having less than a tenth of the population.

No one can explain it. It's an absolutely impenetrable mystery why this is happening. Maybe we need more police accountability. 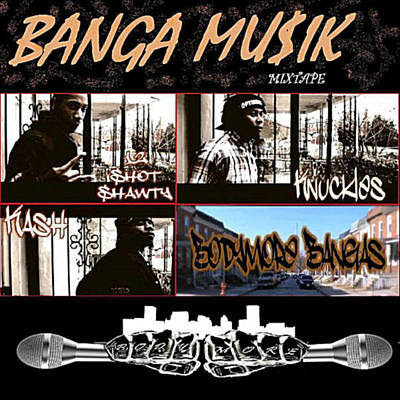 The vibrant cultural achievements of the Baltimore "African-American."

While Chicago is often deemed the most dangerous city in the US, it has had 607 murders in 2017, despite having a population of 2.7 million, more than four times that of Baltimore.

Another heavy blow to the civic pride of Chiraqis.

Homicides continue to plague Baltimore despite efforts to broker a ceasefire by activists over the summer.

Genetic realities continue to plague the negro despite endless jewish attempts to push the equality delusion.

“I hope that everyone that loves Baltimore realizes that everyone has to do soul-searching for us to be better and not have this conversation again next year, so less families are suffering this trauma,” city councilman Brandon Scott, chair of the public safety committee, said in November when the murder count hit 300. “No one and no neighborhood is exempt.”

I think I'll sit in this car and do a little soul-searching on how I can do better on the "not blasting my fellow morlocks" front.

Baltimore’s murder rate has skyrocketed over the past three years, following the April 2015 riots over the death of an African-American man in police custody. Prior to 2015, the death toll had not hit 300 in one year since the record 353 killings in 1993.

It's almost like there's an obvious cause and effect relationship here, but on the other hand let's listen to some "banga musik" and search our anti-soul for the truth. 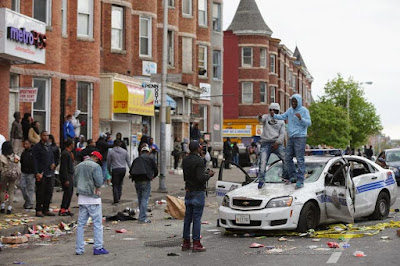 I wonder how many of the groids in this picture later got murdered by their fellow living fossils.
Baltimore Banga Musik Black Lives Matter Thugs Bodymore Chiraq Content of Their Character Freddie Gray Murdaland Pathology of the American Negro Riots We're Not Equal