December 08, 2017
We need to move the entire population of Africa into Europe. Much like how "bad streets" cause negro chaos in cities like Bodymore and Chiraq, a "bad continent" is causing the pathology of a genetic alien. Once removed from the pervasive negative influence of The Mother and brought into prosperous White nations full of generous hand-outs and free range victims, the jungle monster should immediately start writing symphonies and curing cancer. Since all human beings are equal and the same (Whites are bad, jews are special chosen) it stands to reason that the more vaguely humanoid dark simians you can cram into your ancestral homelands, the better. Besides, think of the opportunities to attempt to apply insanely liberal White jurisprudence to Heart of Darkness savagery.

An African refugee who was jailed twice for sex offences was awarded £110,000 in compensation for having to stay in prison for “too long”.

Yes, an African rapefugee is going to be paid six figures by a nation that has lost its mind and its soul. You have to wonder if the average indigenous European has any self-preservation instincts whatsoever. Rape my daughter, slit my throat, here's some money because we inconvenienced this string of horrific crimes by briefly caging the worthless shit-colored animal.

Guinean native Aliou Bah, 26, was imprisoned twice for serious sexual assault — once against a 16-year-old girl — but was awarded the compensation for being detained for 21 months longer than his original prison sentences whilst the Home Office fought for his deportation, reports The Sun.

When Swedenistan or El-France makes a move to become Europe's first nation to be fully annexed by Africa the United Kaliphate steps up and says "Watch this!"

The West African joined his refugee father in the UK in 2007. In 2011, he was convicted of sexually assaulting a 16-year-old girl, was jailed for 18 months, and put on the sex offenders’ register.

The rich and vibrant "diversity" has landed. Think of the amazing food, the tribal drumming, the sexual emergencies that ultimately lead to modest lottery jackpots for the 60 I.Q. negro rapist.

He then went on to commit another sex attack against a woman and was jailed for two years in 2014.

Good boy, turning life around, unfairly jailed by a "racist" system, let me get my kosher credit card.

However, the judge presiding over the case, Judge Nicholas Madge, ruled the periods of detention after his sentences had expired were unlawful. Given the West African’s refugee status and as the Guinea Embassy refused to issue travel documents, there was no prospect of him being deported, Central London County Court heard.

Because g*d knows we can't deport a serial rapist without the full permission of Guinea. Wake. The. Fuck. Up. 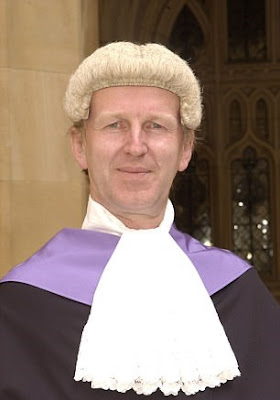 This piece of shit rewarded a foreign rape ape.

The newspaper reports that then-Home Secretary Theresa May had signed the deportation order in December 2011, unaware that he was entitled to be treated as a refugee.

The whims of some West African sewer have to take precedence over attempts of our own dead nation to defend itself.


A Home Office spokesman said: “People who have no right to live in this country should be in no doubt of our determination to remove them. We have removed more than 41,000 Foreign National Offenders since 2010.


“We are now considering the judgement but this case does not change the legality of Mr. Bah’s status in the UK.” 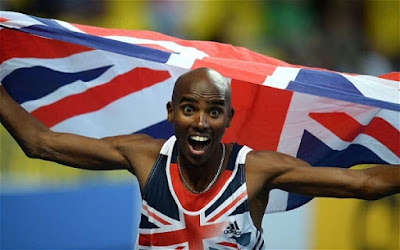