December 13, 2017
We need a lot more of the worst available Africans. How about some Somalis? If we move the 60 I.Q. terrorists and pirates into the Whitest remaining areas they're definitely going to overcome their staggering genetic limitations and start behaving like good little consumerist bar codes in our globalist bazaar. A creature that is, at best, partly human, is the solution for the "lack of people" problem facing a nation of only 300 million-plus bipeds. If you have a problem with this, you're a "racist" and need to be punished so we can display our affected virtue before the darkness completely falls and we're killed and eaten by the worthless poorly-formed dark monsters we invited in a staggering display of weakness and suicidal mania.

As a thought criminal he's now an unperson who doesn't exist and never did, so of course he wasn't there.

But Christianson's name and past deeds dominated the proceedings. At issue: The council member, now in his sixth term, had apparently been caught "liking" offensive content on Facebook, including negative -- and, let's just take a wild guess: fake -- stories about immigrants and minorities.

The puritans of our modern world, the jews and their useful idiots. You were caught on jewbook "liking" honest - and let's take a wild guess: completely accurate - stories about enemygrants, rapefugees and racial inferiors. For noticing an obvious reality you must be destroyed. We all know the Somali is an intelligent, clean, hard-working and thoroughly lovable addition to our kosher salad dish and any dissenting opinion is motivated by "hate."

Every bit of this is indisputable truth, but we have a jewish agenda of White genocide to promote here. 2 + 2 = 5. That's all you have to do to keep your little council seat while everything outside burns: lie to others and lie to yourself. Somehow you couldn't manage that. Now you're gone. 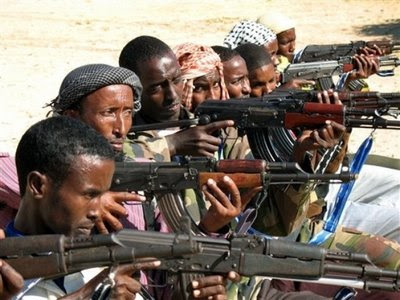 They would never hurt you.

Larson, who testified first during an open forum to discuss Christianson's socail media conduct, said Christianson's wife had told him "Ron is not a racist." To prove that, Larson said, the council member should "denounce those posts, say that they were wrong," and "ask for forgiveness from the public," adding: "I think he should resign if he can't do that.

A meeting of liberals and cucks in Sweden: The State becomes a Maoist struggle session. He'll grovel in front of you, beg for forgiveness, denounce anything and everything. He'll learn to love Big jew. I'm not a "racist!" Do it to Julia, not to me!


Larson was the first of five citizens to speak on the record for or against Christianson, as documented in the video below, each speaker slightly zanier than the last.

Those zany Whites and the goofball conversations they have while they're being demographically annihilated, let me tell you! Haw, haw, haw!


John Burns spoke in opposition to Christianson's Facebook activity, saying it harks back to a time when his Irish ancestors were discriminated against as immigrants.

Because a White Irishman and a malformed failed branch of humanity that carries foreign DNA, has the mind a demonic child and worships a stone cube are completely indistinguishable. It's hard to imagine a more dishonest argument in favor of turning over your state to evolutionary dead-ends.

"I'm tired of them Somalians too, in this town," said citizen Joe Fernkes, beginning a run of public testimony that literally dropped the jaw of a young woman watching in the audience behind him.

My jaw is literally dropping. This is Current Year. Wow. Just wow. I can't even.

They're taking over the whole damn town. Downtown Willmar, beautiful downtown Willmar? My rear end. You guys gotta get your blinders off, gotta quit squintin' your eyes. You gotta start figuring this stuff out. They're chasin' girls down, chasin' blonde-haired, blue-eyed girls down, three, four Somalians at a time, chasin' em down, callin' em every name in the book. They take, in Walmart, they take a dump in the aisle, the women do, and then they walk away. They do it at the clinics. I've seen this, I've witnessed it, and stuff, you know. They're very offending."

There are still a few Whites in Minnesota who haven't bowed down to the semitic Ba'al.


Then Fernkes, blaming the Somali presence, helpfully gives a list of places he "won't go" anymore. So, if you have to be in Willmar sometime... maybe just stick to those places?

Yeah, didn't that occur to you, you wicked "racist?" Just stay in a constantly shrinking number of non-ruined areas while the jew hunts down every last White with endless invasions of dangerous and moronic humanoids. Checkmate, bigot.


The West Central Tribune reports one person in attendance made a "rude gesture" toward another, and the council meeting was recessed to maintain calm after some people started "speaking loudly" in the hallway.

When the Saxon began to talk loudly. 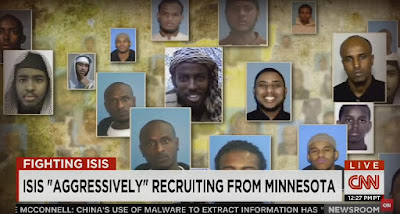