December 06, 2017
Whites are the only race on Earth that not only fails to work for our own interests, but will actively work against them in the hope of earning the approval of a jewish enemy that wants us violently dead. We don't want to be called names, and if the promise of heaven has been replaced by a few fleeting moments of tingling warmth within from artificial virtue without, it's still good enough for some debased losers. The end result of this suicidal treachery against your ancestors is becoming a hated minority in your own lands and then annihilation followed by being cursed in your grave. On the other hand, you might earn a few tepid encomiums from kosher fraud news outlets and that's a lot more important than worrying about the nightmarish future you're helping to bring about.

Social media conversations on race typically take one of two routes. The first, and the one less traveled, leads to a thoughtful, fact-driven exchange of ideas.

In between posting duckface photos and close ups of food I thought I'd have a lengthy, fact-based discussion about race on jewbook. Here's some I.Q. graphs. This is a comparison of racial skull shapes and brain sizes. Did you know Whites are more likely to be killed by police, per capita? Let's look at crime statistics from the Department of Justice. How about a pile of studies confirming the obvious truth that everyone prefers to live among their own kind and not as a faceless bar code in some strident global bazaar? What do you think of these thoughtful, fact-driven arguments?

The second (more popular) version sees the jew and their useful idiots getting dominated by hate facts and then resorting to communist neologisms, wailing non sequiturs about the holohoax and simply censoring the "bitterness."

But now, when discussion swerves in the second direction, there's a group of white allies prepared to do the rerouting.

Meet the heroes we deserve: pathetic White losers full of self-hatred, the new Puritans of a decadent age, the "literally shaking" brigade hoping to finally get something, anything, out of that six figure student loan pound of flesh debt. Get ready to be "rerouted" by childless cat ladies and noodle-armed soy boys, you awful "racist." People who will be literally killed and eaten after the remnants of White civilization finally collapse are going to spend the final hours before the dark nightmare acting as Quislings for Big jew.

White Nonsense Roundup is a social media watchdog group with about 100 white volunteers. Its goal: to relieve people of color from the emotional labor of engaging with a person's racist or racially insensitive thoughts.

Suffice it to say a 70 I.Q. mind is not equipped for the difficult "labor" of confronting basic realities that every sane person agrees upon and have been thoroughly confirmed by science. Fortunately the White Genocide Helpers are on the case. That isn't really a muzzle on that "African-American," they might explain. Stop believing your lying eyes and trust the semitic enemy who is tirelessly working to destroy you and everyone you care about.

Say, a person of color makes a post about Black Lives Matter. Then others respond with ignorant or offensive comments. That person can tag White Nonsense RoundUp to snatch some edges -- or, better put, to educate people with context and fact-based views. 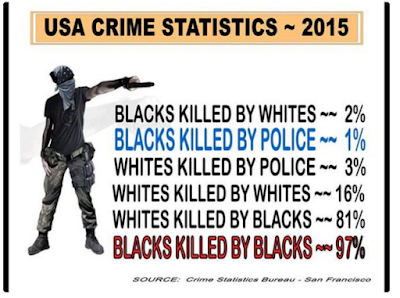 "It's really unfair that we expect people of color to experience racism, but then also explain it to us," the group's co-founder Terri Kempton, a book editor and college instructor, told CNN.

The "minority" is basically a helpless child that can't parse straightforward facts or acknowledge its considerable failings. You know, Terri, some would argue that you're the REAL RACIST with that attitude.

Volunteers pretty much see the same well-trodden claims or ideas time and time again in some form or another, Kempton said. There are some old standbys like, "I'm not racist because I don't see color," or, "Well, I don't personally act racist."

This is the stage many slumbering Whites go through before they realize that this delusional thinking is never going to be reciprocated by the dark inferior and then they wake up and become one of us. Thank you, cultural marxist human waste, for helping this process along.

More specific topics also get trotted out: "Cultural appropriation isn't real," "I don't have white privilege because of [x]," "Why is it always about race?" and the particularly thorny refrain, "All Lives Matter."

Your life does not matter because you have original sin White privilege, explains the disgusting humanoid sludge produced by the communist indoctrination center. You need to die. How about "no." 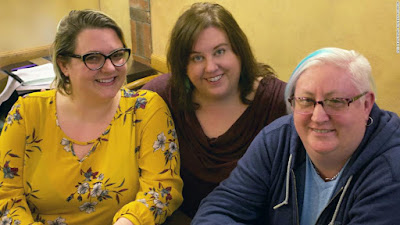 When you have no children and don't exercise there's plenty of time for insane anti-White crusades.

Sometimes those questions stump the volunteers and founders. In those moments, the group relies on its advisory council -- a group of 9-10 people of color that offer guidance and help plan next steps.

This guy just said that negroes have foreign DNA not shared by any other race! Help me, shit-colored advisory board!


One of them is Kevin Tillman, an educator in Oakland, California, who says he uses the service almost every day. Tillman, 40, is a leader in the vegan hip-hop movement and often encounters trolls online.

LOL. I don't eat no meat/blasting apes out on da street/sitting in dat car with muh green/catching hot lead from dat beam.


"I thought, 'What about if we take on some of that emotional labor or burden?'" Kempton said. "Because white people are responsible for talking to other white people about racism."

The jew can't do it all! I can act as a kommissar and turn people in, I'm sure this will protect me from the purges.


Their idea worked. Since its launch, White Nonsense RoundUp has gained more than 138,000 followers across its different accounts.

Wow. Imagine all the "likes." 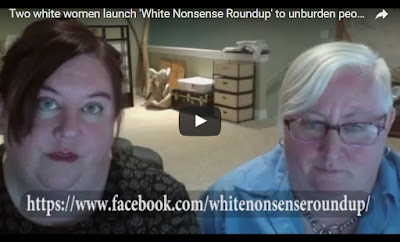