December 12, 2017
Jewish communism is not going to gain any traction in a spiritually healthy nation. Before the nation-wrecking merchant can peddle its horrible devil's bargain it must attack the traditions and faith that act as an immune system against the kosher virus. In light of this reality, it's unbelievably heartening to hear President Trump talk about the birth of Christ and condemn materialism and personal atomization at a Christmas Tree lighting. Meanwhile, in the not-so-great and increasingly less White North, the semitic termites continue to devour the foundations.

The Vancouver School Board has apologized to two Jewish 6th grade girls and their families after their principal prohibited them from bringing Hanukkah symbols into their public school — even though Christmas decorations already decked school halls.

Time to grovel before the enemy within. Sorry demons, we'll let you put up your satanic symbols honoring the slaughter of gentiles. The fact that you want to kill or enslave the rest of humanity is deeply spiritual and deserves special protection. We're so sorry. Allowing this tyranny of the minority shows how progressive we are, until the day we become the hated minority and are then completely annihilated by the faceless brown hordes.

Last week, Maya Sontz and Rebecca Weinberg and their parents turned to the media after the girls’ requests to set up a Hanukkah display alongside General Gordon Elementary‘s Christmas decorations were denied by the school’s administration.

The powerless and humble religious jew, persecuted without reason, lacking any resource to fight back, full of noble goodness, disdaining material gain and affected displays of false piety, g*d's favorites. The kosher media machine springs into action, hammering an elementary school into the dust. Another inspiring victory for the people that are more equal.

The principal, Hope Sterling, also refused to allow any Hanukkah songs to be sung in the school’s winter holidays concert.

I tried to sing "Bathing in the blood of freshly killed gentiles" or "Christ in hell, cooking in shit" but was told not to. This is the worst anti-semitism, the banality of evil, a motive-free attack on the Light of the World.

“I have nothing against Christmas. I just think they should add more Hanukkah and more other religions,” 11-year-old Rebecca told CTV News.

You unclean meat make good useful idiots, I will say that. We just want symbols of our conquest of your dead country up in the Publik Schmuel, that's all. 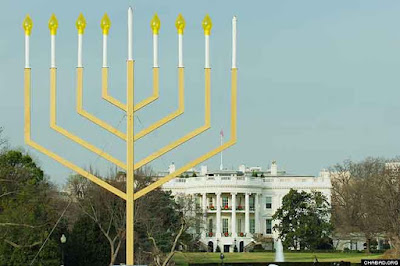 Separation of synagogue and state?

“It is a public school, so if you are going to invite everybody, you’ve got to include everybody,” said her classmate Maya.

Change "a public school" to "Europe" and you have the new motto of the European Economic Union.


Sterling’s reported rationale for excluding items like a Hanukkah menorah and candles was that such symbols were religious, while the Christmas tree in the school’s hallway was merely cultural.

The goyim and their lies. Time to find out who is actually in charge.


“It was actually suggested that if we really were insistent, we could place a dreidel underneath the [Christmas] tree, or hang it off of the tree,” said a visibly upset Sheila Sontz, Maya’s mother.

This insulting attempt to conciliation is equivalent to another holohoax. A jewess is left in tears when it couldn't gain the proper groveling submission from the worthless humanoids g*d didn't choose. We must have a giant dreidel in the front lobby, surrounded by signs reminding the shkotzim that the precious six with a ton of zeros after it were cruelly slaughtered by trained condors, fire pits, homicidal gas chambers and nawrtzee dogs with poisonous teeth. Bow down in front of that g*d damn kosher fidget spinner, you worthless cattle! Offer up your geld. Die.


Sontz told CTV that she viewed Christmas trees and Santa Claus as just as representative of a religious holiday as a menorah.

If you're wondering why we're struggling for meaningful transcendent experiences, you should note that a Coca-Cola advertising mascot is now part of our amorphous and useless modern "religion."


“The school will be decorating the walls for the winter concert with art that depicts the children’s winter celebrations from all faiths and cultures,” said the statement.

Well, that's relief. We'll have art depicting African jungle monsters cooking and eating each other, moe-ham-head "heaven vests," huge ugly displays from your jew overlords and for the Christian maybe a can of Coke.


In a December 8 interview with CBC Radio, former VSB trustee and chairperson Patti Bacchus said she was shocked by what she called “a really poor judgement call” by the board.

Take a moment to guess the physiognomy of this delusional cultural marxist useful idiot. 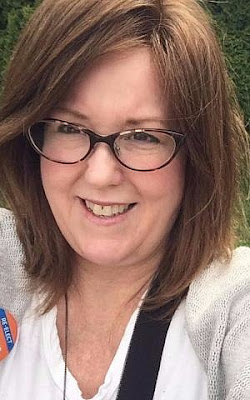 Yes, you were correct.

“It’s not a difficult thing to include a range of religions… It’s important for all students to learn that… It’s part of teaching in a diverse, multicultural setting in public schools where we want kids to understand that we live in a society with all kinds of religions and cultures, and those are to be celebrated and respected,” she said.

The pathology of the modern White, the happy illusions that are only shattered by the concussive force of moon cult bombs, and sometimes not even then. Every religion is the same after all; they all teach important cosmic truths like "don't be mean to people." There certainly aren't any "faiths" that promote the murder of the kuffir or promise our eventual enslavement as faceless, mindless brown chattel.

You were using it to worship Wotan, right? 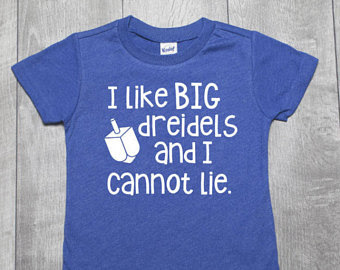