Santa Goes Straight to the Ghetto

December 26, 2017
The entire edifice of a modern democratic nation-state is built on the principle that all people are capable of a certain level of reasonable behavior and will default to this modest standard without massive amounts of accommodation or coercion. The only problem with this basic principle is it isn't true, as evidenced by the behavior of the American negro. Despite decades of sickening appeasement and endless spending, the average "African-American" is no closer to clearing the very low bar of successfully living in a civilized White nation than they were in the dark days when we understood their incompatibility and kept them separate for our own protection. In Detroit Rot City we can see the content of their character and their total failure to conform to society's expectations fully expressed in decrepit ruins and knife fights at Christmas toy giveaways.

One woman was arrested after a massive brawl erupted Saturday night at a Christmas toy giveaway in Detroit, police said.

You see the mothers and the soul brothers, engaged in African all against all following the latest explosion of unappreciated generosity. The next hand-out should be the magic bullet that fixes these worthless monsters, trust me. These are our equals. They should start behaving any day now. Tell them John Brown sent you.

It happened at about 7 p.m. at the Tower Center Mall on Grand River near Greenfield Road on Detroit's west side.

The rich and vibrant Sun Person tradition of putting malls on tilt.

The giveaway is held annually to provide Christmas gifts for kids in the city of Detroit.

You've probably noticed all the tangible improvements that have resulted from this. 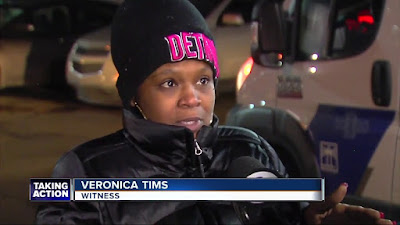 "People are already under a lot of stress," said event organizer John Cromer. "I want to tell you that has nothing to do with toys making impacts."
We can now add "stress" to the endless list of kosher excuses for typical negro behavior. The massive pressure of not having a job, collecting welfare, spending the day getting "faded" on booze and drugs, to say nothing of having to somehow get to yet another free stuff for living fossils event, finally proved too much for the Detroit morlocks. It had nothing to do with making impacts, it was more about slashing and stabbing. 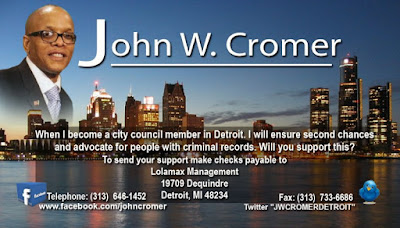 Let me go get my wallet.

The suspect had two children with her at the time of the brawl, police. They were taken to the Detroit Police Second Precinct where family members picked them up.

The content of their character. At least two children, no job, attacks its fellow nightmare creatures with blades, spends Christmas in jail. There's some real food for thought here, childless Whites who are worried about "over population" and "the environment."

Strike force units were called in to control the crowd, police added. Several hundred people were inside the building at the time of the brawl. 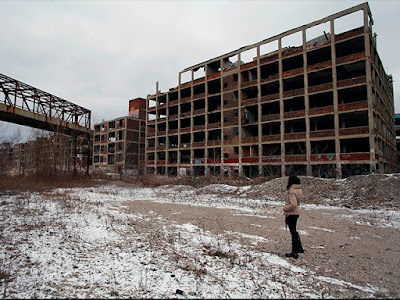 Coal in the stocking.