December 01, 2017
In July of 2015 we witnessed a turning point in history. A may-hee-can invader murdered a White woman, prompting a businessman who was formerly known for building hotels and being one of the principles in a sheeple-bait show on the talmudvision to suddenly became a champion of nationalism. Everything changed. For the first time we had a game plan for ultimate victory that didn't involve "then a miracle will happen" or "everything will be destroyed and then we'll emerge to rule over rubble." Prior to this moment the organized political efforts to save White America were, not to put too fine a point on it, a total and complete joke.

Our leaders, such as they were, consisted almost entirely of criminals, degenerates and con-artists. Our demonstrations, if they could even be called that, featured a few dozen mental defectives in not-see outfits, half of them federal informants, being pelted with garbage by "environmentalists" and then getting arrested. The next day the jew on the moron box would explain how "hate" came to town but was soundly defeated. There was little cause for optimism. Then, inspired by sickening wetback behavior, Donald Trump arrived and taught us how to win. We've had the enemy on the run ever since.

Today the verdict finally came down in the crime that changed our political landscape and awakened the sleeping White giant. Suffice it to say, this is another moment that will be remembered as a watershed in our struggle to restore our lands and save our people. It is now perfectly legal to kill Whites in California.

A jury on Thursday found an undocumented immigrant not guilty in the July 2015 death of Kate Steinle, a decision that reignited the debate over immigration policy. Jose Ines Garcia Zarate, 45, was acquitted of murder and involuntary manslaughter charges, as well as assault with a deadly weapon.

An illegal wetback here to loot the remains of the Golden State and attack free-range White victims is allowed to go free. This worthless piece of brown shit repeatedly crossed an open border. It preyed on our weakness and delusion and will continue to do so. Every White person in America needs to hear about this case. They want us dead. This is the purpose of the foreign invasion. The goal is White genocide. The jew believes it will then have a sea of dark slaves as promised by the talmud. This is a planned demolition.

Jurors convicted the Mexican citizen of being a felon in possession of a firearm, which could bring a three-year sentence.

R.I.P. California. The rest of our country is next, if we don't act.

Prosecutors had argued Garcia Zarate intentionally shot Steinle, 32, with a Sig Sauer .40-caliber handgun as she and her father walked on San Francisco's Pier 14. But Garcia Zarate's defense attorney said the shooting was accidental and the bullet ricocheted off the ground and traveled about 80 feet before hitting Steinle.

It was all an accident, honest. This fucking greaser was just discharging a firearm for some reason and bad luck kicked in and all of that. A jury believed this horseshit. A judicial system created by and for Whites is not going to function when it's placed in the hands of moronic and dangerous racial inferiors. The police won't protect you, the courts will buy the most inane la-teen-oh excuses, the jew criminals in government want you dead. Our survival is in our own hands. No cavalry is riding to rescue, muh Constitution won't stop and ricocheting bullets, we must turn back the dark tides of oblivion. Let there be trouble now, so my children can know peace. 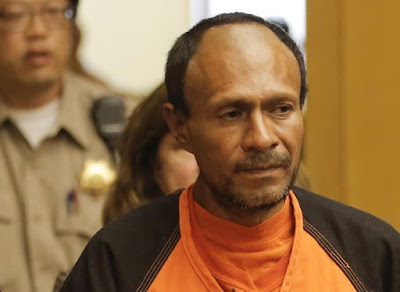 Eyyyy, I can't believe you dumb gringos let me kill your women.

Federal immigration officials said they will try to deport Garcia Zarate. He had been deported from the United States five times prior to Steinle's death.


Reaction to the jury's decision, after more than 24 hours of deliberation over six days, was swift. President Donald Trump called the verdict "disgraceful."

Trump isn't perfect, but at the end of the day he's still the hero we don't deserve.


"A disgraceful verdict in the Kate Steinle case! No wonder the people of our Country are so angry with Illegal Immigration," the President tweeted.

You haven't even seen angry.


Kate Steinle's death spurred legislation called "Kate's Law," though it has not passed the Senate.

We need a wall, we need deportations. More laws are not the answer, especially since existing ones like "no shooting people at the pier" are being ignored.

Conservative pundit Ann Coulter said Steinle "would still be alive if we had a wall," referring to the President's call for the construction of a border wall between the US and Mexico. 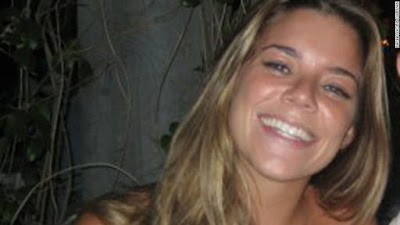