December 18, 2017
Being "nice" and "doing the right thing," as defined by the demands of international financiers and globalist plutocrat jews, is more important than our survival. You might get called names. Also, think of the amazing rush of sanctimony you'll get, a rare commodity now that we've ash-canned our traditions and our ties to our own people. Yes, doing some petty and idiotic favor for a "minority" is now the highest remaining calling for a dying race, a chance to touch the very face of g*d before plummeting into the abyss. This is our big chance to show how "good" we are, before our rotting remains become a banquet for vermin.

A Virginia woman was outraged after the maid she hired stole $5,000 worth of jewelry from her home and then the jury chipped in to pay for the woman’s fine after convicting her of theft.

The "racist" justice system does it again. While our enemies practice jury nullification and laugh at dead White women killed by enemygrants, White cucks are eager to make excuses for a worthless foreign opportunist here for better theft.

Sandra Mendez Ortega, 19, who is in the country illegally, was convicted of felony grand larceny for stealing three rings on Dec. 8 by a jury at Fairfax County court. Instead of jail time, the jury sentenced her to a $60 fine.

A natural conservative takes advantage of our weakness and cowardice, strolling across an open border. How's that tax bill coming along, Mr. President? It's really important. Undocumented jewelry finds a new, better home. No human being is illegal. We need more fucking greasers in our dying land. The may-hee-can sticky fingers act is followed by a joke sentence and even that abortion won't be enforced. This is the pathology of the American White.

A sympathetic jury for the teenager, who is pregnant with her second child, and pulled together $80 to pay for the fine after they convicted her.

A la-teen-oh invader already has two children before the age of twenty. By meskin standards this counts as responsible family planning. Every new birth by the invading brown horde is an act of war against Whites. Meanwhile, childless Whites arrive at a wise decision. We could never punish all these mud world criminals colonizing our ancestral homelands. Here, let me pay your fine. My cucktian church that I attend once a year (almost time again!) said we should be nice to people. This delusional and sickening treacle will be my epitaph, assuming I'm not dumped into an unmarked mass grave.

Jury foreman Jeffrey Memmott told The Washington Post the jurors felt sympathy for the woman who testified she dropped out of school after sixth grade, had one child and was pregnant with another but was not employed.

You have to wonder how many Whites can be saved and how many are simply beyond redemption. "Sorry I sunk my fangs in you," explains the viper through a poisonous leer. "I'm not educated and I've got a giant clutch of eggs under a rock. I'm sure you understand." 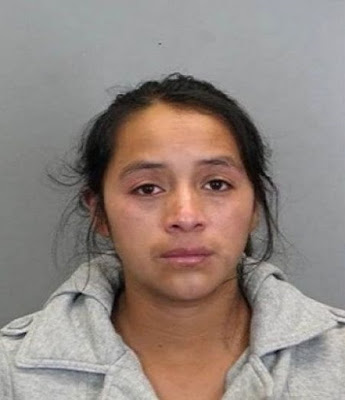 Criminal invader stole from employer, but look at those sad eyes.

“The general sentiment was she was a victim, too,” Memmott said. “Two of the women (jurors) were crying because of how bad they felt. One lady pulled out a $20 bill, and just about everybody chipped in.”
I'm not sure how "I got a job and then robbed my benefactor" makes you a "victim," but we all know better than to expect any gratitude from the columns of invading inferiors, so let's pretend this worthless turd thinks like we do and will somehow be reformed by this staggering betrayal of the rule of the law.

Memmott said he contacted the case’s public defender and went to the former maid’s home to give her $80, more than enough to pay her $60 fine.

You can even make a modest profit from your "punishment." Eyyyy, I can't believe deees dummm gringos.

“Justice had to be done,” Janice Woolridge, a juror, told The Washington Post. “But there’s also got to be some compassion somewhere. Young people make bad decisions. We just couldn’t pile on any more.” 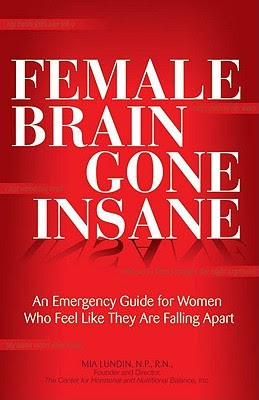 “I was outraged,” Copeland said. “I was just flabbergasted. I didn’t think $60 equated to the crime at all.”

Well, you have to remember that the enemy army's approval is more important than silly things like protecting property rights. I'm sure this larcenous and eternally pregnant scumbag will become a model consumer and bar code (we're certainly not going to deport this illegal alien) now that we've demonstrated our complete refusal to punish its destructive behavior.

Copeland called Fairfax City police who questioned the three housekeepers – including Mendez Ortega – who cleaned Copeland’s home and they all denied wrongdoing.

Police also had the young woman write the Copeland’s a letter of apology. Copeland said she has never seen the apology and the former maid never said sorry to her in person.

One thing you'll never hear from some poor wretched refuse fleeing the nation their own collective sickness destroyed is "thank you." "I'm sorry," is even less likely, but trust me, there was a formal apology letter written in perfect English.

Copeland said she felt the jury should have been told these facts.

Naw, it's better to use your hysterical emotions, instilled by a lifetime of talmudvision indoctrination, to decide these matters.

“It really irritates me that she came here and committed a felony,” Jeff Copeland told The Washington Post. “People are coming here because there is opportunity here. But when they come here and commit crimes, that’s where you’ve got to draw the line.”

Sounds like "racism" to me. And you were doing so well: hiring illegals to cheat the system, making excuses for your own treasonous behavior and assisting in America's demographic destruction from the safety of wealth and luxury. Now look at you. Shame. Shame.

Lisa Copeland said she was “amazed” the jury did not want to convict Mendez Ortega although she confessed.

Yeah. I was surprised, too. Who could have predicted this?

Speaking through an interpreter, she said she was “happy” following her sentencing.

Wow. That alone makes it all worth it. Look at the smile on the snake I brought in. The room is spinning. The ground is rushing up to greet me. Darkness closes in from all sides. 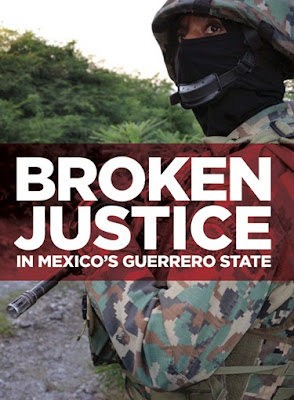