January 17, 2018
Every country is equally good and even if some, strictly speaking, aren't all that great you can bet they're packed full of high quality people who are only being held down by the lack of free markets and consumer options. It makes excellent sense to bring in all the amazing human capital of the mud world. If you disagree, you're a "racist" and I don't need to formulate any counter-arguments because you're in original sin and six million jews died in homicidal gas chambers because of people like you. The best news is that a massive foreign invasion will have zero consequences for your ancestral homeland. You'll still be able to pursue hedonism and materialism, you don't have any children so there's no point in worrying about the future and someone will be there to drag away your dead body. Everything is fine.

Dutch mainstream media reported that Noah was the most popular baby name for boys in the Netherlands, but a little digging turned out a different finding.

Time to pack whatever is left of Western Europe on the ark before the flood of brown slime drowns everything.

The name Noah was putatively considered the most popular boy’s name for 2017, having been given to 635 new-born boys in the Netherlands. A journalist from broadcaster Powned did some research into the database, however, and noticed that another name, a non-traditional Dutch name, was slightly more prevalent.

This is very surprising. I wonder what this so-called "non-traditional" name might be? Johnny? Barkevious? William of Orange?

This journalist checked for Mohammed and its alternative spellings. He thus counted: Mohammed 221, Mohamed 211, Muhammed 110, Mohammad 51, Muhammad 43 and reached a total of 636. Other forms like Mohamad, Muhamed, Muhammet, Mouhamed, Muhamad and Mahamuud could not be checked for “privacy reasons”

The exciting "diversity" of moon cult naming conventions. We've got moe-ham-head, moo-ham-head, moe-hamm-hedd and my-head-is-made-of-ham. Just imagine the amazing vibrancy of a sea of identical looking and behaving sand monsters. You were wise to allow this kosher disaster to occur. The enemygrant armies claim more land. 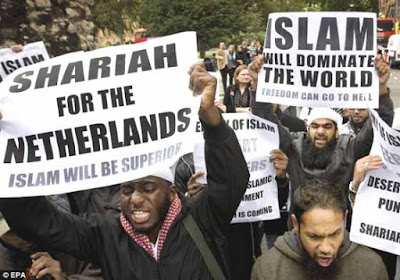 The author says, it is the second year in a row that Mohammed is the most popular name for baby boys: In 2016 there were 724 baby’s named Mohammed (or one of it’s Arabic alternatives) in the Netherlands.

Well, isn't that something. Maybe the jew wasn't entirely honest about that whole "no negative consequences for your staggering weakness, cowardice and stupidity" bill of goods.


He also mentions that the same tendency was seen in England in 2016: It is not Oliver, but Mohammed (with all its permutations), that is the most popular name for baby boys.

There will always be an England. 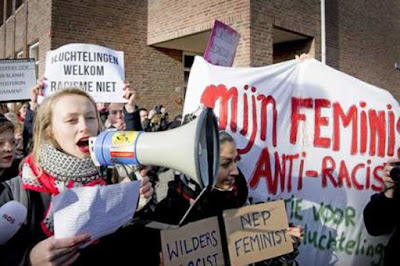