January 08, 2018
We need fewer Whites in everything. At the same time, we must pander to the delicate sensibilities of the "minority," who can never be displayed in a negative light, ever. It's a delicate balancing act to have Whites act as the holocaust goat for the kosher sins of the modern world, portraying every loser, criminal and weak sissy, while still keeping the brown inferior front and center at all times. If you violate this unspoken rule and present a silly negro or a White that isn't being humiliated and/or destroyed then it's obviously time to grovel before big jew. Even in Sweden, it's possible to commit accidental "racism" over and over and be forced to beg forgiveness before the alien outsider who created this poisonous atmosphere.

Swedish multinational clothing retail company H&M on Monday faced severe criticism from social media users after it released an advertisement of a black child wearing a hoodie that said “coolest monkey in the jungle”.

LOL. Other designs that are still in development include "#1 Tar Monster," "It's 80% likely that I'm a bastard" and "My I.Q. is a full standard deviation below average, please use small words and speak slowly." 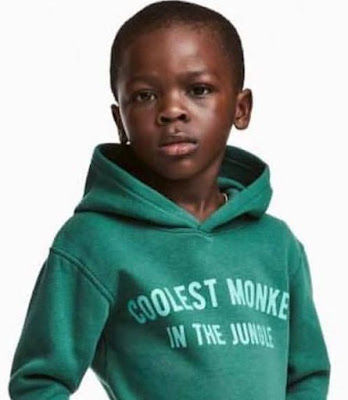 Social media users labelled the advertisement “racist”, and demanded that it be removed.
Online cultural marxists, usually the last people to take issue with anything, are upset. I guess communists think the negro is a monkey. In reality, they're a failed branch of humanity that contains alien genetics not shared by any other race.

As the controversy raged, the company altered the listing on its website, removing the black child and simply putting up the hoodie for sale.

Whitewashing the website! This is NOT okay! I'm literally shaking. Wow, just wow. This is the clearest hate crime. Hey, hey, ho, ho, Western Civilization has got to go!


“We apologise to anyone this may have offended,” an unidentified spokesperson for H&M told The Independent.

I'm sure this cowardly appeasement will fix everything, just like it fixed the negro, who is now a model citizen and top quality consumerist widget.


The company is not a stranger to controversies. In November 2015, Tlalane Letlhaku, a South African, criticised H&M South Africa for the lack of diversity in its models.

African animal Oggabooga Bibadabbu doesn't like White people. We better conform to this hate-filled and moronic creature's whims. How about some pickaninnies? We'll slap a "Gorilla Channel" shirt on it, that should stop the endless wailing from professional victims.

In its reply, the company said it wanted its marketing to “show our fashion in an inspiring way, to convey a positive feeling”.

There's nothing more inspiring than evolutionary dead-ends whose main achievement as a people was, with a lot of help from the jew, convincing some Whites that the negro is fully human despite the mountain of evidence to the contrary.


After this reply, the clothing retail giant faced backlash for appearing to imply that white models portray a “positive image”, prompting an apology from H&M.

Maybe we should just stay down here pressing our face into the floor, it would save time between groveling sessions. 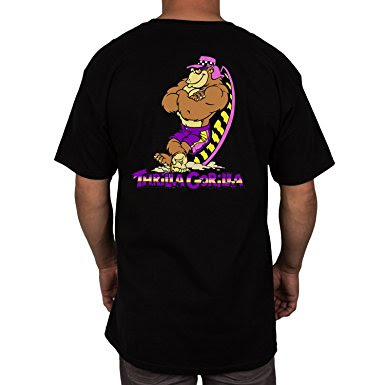