Army of Allah to Learn About Holohoax

January 10, 2018
The jew fully expects to rule over the countries they've ruined and somehow control the teeming hordes of dangerous brown inferiors they unleashed on these formerly White nations. Then they will finally have the thousands of identical dark slaves promised by the talmud. If this sounds as delusional as anything taught in a "Jay-sus wants you to adopt the African!" cucktian church it's because it is. Like a cartoon villain, the wandering merchant hasn't stopped to consider what will happen if it actually succeeds with the planned demolition of the lands where it has lived comfortably as a parasite. The new Kaliphate government is not going to be friendly, you're not going to hear any "Our great ally, Israel" talk from sand monsters who worship a rock. Even if they win, they lose. Fortunately, the nation-wrecker has a 40 Watt idea to teach the rapefugees about muh holohoax and somehow convert them into docile cattle.

Germany's main Jewish leader is giving a guarded welcome to a politician's suggestion that everyone living in Germany, including migrants, should be obliged to visit a former Nazi concentration camp at least once.

The Five Pillars of our State Religion! There is One God, your kosher government. Feel guilty about who you are five times a day. Give your geld to the kosher octopus. Go on a fast after jewish communism leaves the grocery shelves bare. And, of course, make your pilgrimage to the nawrtzee extermination camp to look at the fire pits and skull-crushing machines.

The suggestion by Sawsan Chebli, a Berlin city government official who is Muslim, came amid concern over anti-Semitism among migrants from Muslim-majority countries.

Now the chosen people face friendly fire from the moe-ham-head-dan hordes. Who could have predicted this? Luckily a relatively tame desert animal has the solution. I'm sure it will work. The moose-limb is, if nothing else, a deeply introspective and thoughtful creature. Once they see the "homicidal gas chambers" and other Soviet reconstructions they'll probably lose any desire to saw off the heads of the kuffir devil. 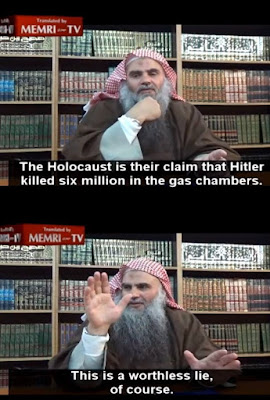 The broken clock is right.

She told Sunday's Bild am Sonntag newspaper that concentration camp visits should become part of integration courses for migrants.
Wait, "integration?" I thought we were building a multi-culti paradise full of exciting "diversity." Now you're saying everyone has to believe the same thing? It's almost like this entire disaster was intentionally carried out to harm Whites.


Josef Schuster, the head of Germany's Central Council of Jews, told Deutschlandfunk radio Wednesday the idea is "good in principle" but there are questions over details. He said it wouldn't work simply to summon people to concentration camp visits.

Oy, what is this meshuganah idea from the unclean meat? We need controlled indoctrination, not little vacations for moe-ham-head.


Schuster said well-prepared visits would be "absolutely important" for older schoolchildren and for asylum-seekers.

Behold the jewish genius that did so much damage. It won because we were weak and cowardly. Its ideas were always this idiotic. 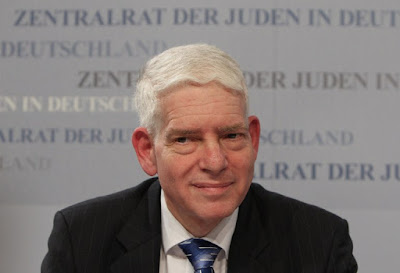