January 16, 2018
It's extremely difficult to explain the pathology of the American negro when the correct and obvious answer of genetic inferiority is off the table. Maybe it's the "legacy of slavery" or "systematic discrimination" causing the monkeyshines? Don't forget the "bad streets" where the very pavement has a distressing effect on the simian inferior, making them violent and idiotic. Well, it turns out the roads aren't the only construction causing the lack of future time orientation, heightened aggression and the complete inability to connect cause and effect relationships that typifies the "African-American." Apparently housing units are also responsible. What, haven't you ever seen a horror movie? Dem haints up in dem yew-nets bee makkin dem bruddas hos-tile, mann. Hos-tile.

Baltimore officials plan to relocate more than 120 families from a public housing project near where a black man who suffered a fatal injury while in police custody was arrested in 2015.

Scumbag career criminal becomes a "black man" for propaganda purposes. I'm surprised the jew media didn't go with "child" or "motorist." In any case, an innocent nigga body (Ah!) died at the hands of mostly negro police and this is "racism" and they need space to destroy and let's put them in new homes, maybe in the Whitest available areas.

The Baltimore Sun reports that Mayor Catherine Pugh said Wednesday that six buildings that are part of the Gilmor Homes housing project would be demolished, calling them a hotbed for criminal activity. The buildings contain roughly 132 units.

Yes, actual brick and mortar is somehow causing crime. It certainly isn't the dangerous tar monsters living there, that's for sure. Once they're removed from the insidious influence of this "hotbed" they should start slowly turning that life around, becoming aspiring oceanographers, geologists, commercial airline pilots and rappers. If you don't honestly believe this drivel you're a bad person and the semitic wire-puller will try to destroy your life. This is a free and healthy society, sustainable for another million years. 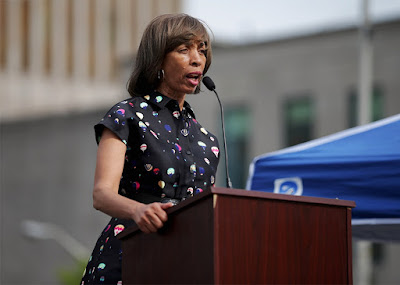 Baltimore Housing spokeswoman Tania Baker says the proposal must be approved by the Housing Authority's Board of Commissioners and the U.S. Department of Housing and Urban Development.

Don't worry, we'll waste a lot of time and money on this dead on arrival scheme. Keep paying those taxes, Whites.


Pugh says residents will be moved to better housing, but details haven't been released. State Del. Antonio Hayes says he'd like to see a "true conversation" with residents about what that relocation would entail.

For the communist true-believer everything is solved by "conversations." If we just sit down and explain things to creatures from a nightmare they'll probably start improving. Someday.


The units are in the same area where police arrested Freddie Gray, who later suffered a fatal neck injury while in the back of a police van. 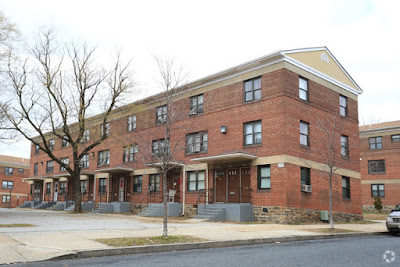