January 23, 2018
We need a lot more illegal immigration. If this means pulling ridiculous political stunts and pretending thirty-year-old enemygrants are "children," so be it. The decades of foreign invasion that preceded the current "crisis" just didn't do enough damage: Whites still exist and aren't even a hated minority. We're even hearing stories about Heritage Americans having children and getting raises at their jobs. This must stop. We must have millions more from the may-hee-can sewer. If the whole system has to be destroyed to achieve this, it's worth it. The needs of la-teen-oh criminals are more important than yours, goyim. Also, describing the taco inferiors as criminals is "racist," despite the mountain of evidence confirming this that is about to be presented.

Mexico saw a total of 25,339 murders last year, official data has shown, after 2017 was already established as a record-breaking year based on killings carried out until November.

All against all in a hopelessly backward shithole. The solution is to move the entire worthless population north as an act of war against Legacy Americans. Once here the filthy dangerous idiots should immediately become good little consumers and start cranking out litters of brown waste to replace the children you shouldn't be having. Isn't this a great idea, gentiles? What could go wrong?

These are natural conservatives, certain to vote for the Lindsey Grahams of this world. Once they're exposed to muh constitution and the amazing works of Saint Reagan, like the 1986 Immigration Reform and Control Act (Well, that problem is solved forever, what a relief), we'll get at least 30% of the brown metastasis supporting cuckservatives.

In light of this data, we're completely vindicated in our kosher efforts to transform our civilized White homeland into a larger version of these pathological mud pits. Talk about exciting vibrancy, there's never a dull moment in our hyper-violent communist monkey republic, not like stiff and boring White nations with stable governments and the rule of the law. 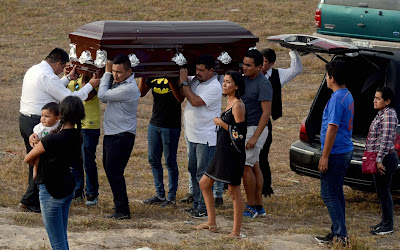 For this solemn and dignified greaser disposal ceremony I'll wear my Batman t-shirt.

Hey kids! Here's a fun puzzle! What do all these cities have in common?


Mexico is convulsing from a wave of violence linked to drug trafficking that has left almost 200,000 dead since December 2006, when former president Felipe Calderon's government launched a controversial military anti-drug operation that, according to its critics, has only led to more murders and attacks.

If your reaction to this isn't some version of "How can we move this into the Whitest remaining areas of Mexico North" you're an evil "racist" and need to die.

In a bid to address the issue, Mexico's congress last week approved a controversial internal security law that would formalize the military's role in domestic security.

This is also sometimes called "martial law" when you're speaking plainly and not couching the "minority" dysfunction in weasel language.

The move drew criticism from rights groups concerned about the militarization of the country - while UN rights chief Zeid Ra'ad Al-Hussein said earlier this month it "risks weakening incentives for the civilian authorities to fully assume their law enforcement roles."

He then attacked a kuffir with a scimitar. 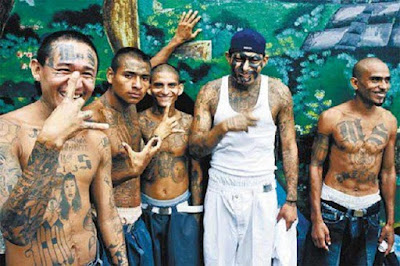