January 05, 2018
You're pessimistic about the future of your country, you're chasing empty materialism, you're spiritually ill and you're not having children. The solution, obviously, is to bring in the absolute dregs of the moon cult and the African Heart of Darkness to replace you, rather than addressing the real issue causing the problem, namely semitic marxists poisoning the well. Once the mud world arrives, they should immediately become good little work units and bar codes, provided we can control their high levels of aggression toward their benefactors and tendency to become under-stimulated and seek a cure for the "blahs" in rape, murder, bombs, truck attacks and other assorted mayhem. Obviously, we'll be successful, since we're all exactly the same and any obvious "water is wet" conclusions are clearly "racist" and ignore all the criminality of "native" Germans.

The recent influx of mostly young, male migrants into Germany has led to an increase in violent crime in the country, according to a government-funded study published Wednesday.

I know, who could have predicted this? This is the most surprising finding you could imagine, I'm absolutely floored. Also, I thought it was "women and children" fleeing "war," not an invasion army of fighting age jihadans. I guess the jew has given up on that particular lie after getting lots of mileage out of it. Look at the poor dead boy on the beach, shkotzim. You must now completely destroy your ancestral homelands to make up for this.

The study used figures from the northern state of Lower Saxony to examine the impact of refugee arrivals on crime in 2015 and 2016, a period when the number of violent crimes reported increased by 10.4 percent.

I'm going to assume most of the new crime was racially-motivated hate against the innocent moe-ham-head lambs. Bacon on the mosques, incorrectly made good luck symbols, ripping off muh hijab, that sort of thing. Whites are, after all, bad, so this is what any sensible person would expect.

The authors concluded that 92 percent of the additional crimes recorded could be attributed to the increase in refugee numbers.

I see. How about that. Wow. 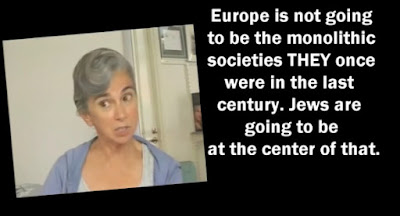 It noted that the demographic composition of the refugee population is a major factor. Young males — whether Germans or migrants — are generally more likely to commit crimes, but also more likely to become victims of violence.

The problem here is those wacky "young males." I mean, you were young once, right? You probably had lots of "sexual emergencies" that ended with child rape, it's just ordinary youthful exuberance. Besides, a lot of the crimes were committed by "Germans," defined as sand monsters and negro animals that broke the plane of our open borders and then gained citizenship by successfully applying to the welfare programs.

The findings add to the ongoing debate in Germany about how to tackle migrant crime, which has been fanned by a number of high-profile incidents . Parties on the right, including German Chancellor Angela Merkel’s Union bloc, want a tough response and more deportations, while those on the left say more needs to be done to integrate refugees into German society.

When I think of a no-nonsense, tough as old leather crackdown on the stone cube worshipers, the first image that pops into my mind is definitely Angela Merkel. Yes, this withered stasi bitch under the complete control of the jewish wire-puller represents the hard line opposition, if you can believe that, while there's apparently even worse "More needs to be done!" cucks holding office in a rapidly dying nation. 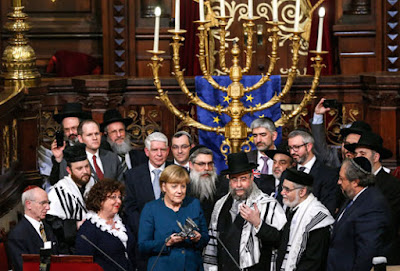 Herb told reporters in Berlin that the biggest problems seemed to come from young men who see little hope for their futures. Afghans and Syrians were less likely to commit crimes than migrants from North Africa, who stand little chance of receiving permission to stay in Germany, the study found.

The appeasement is clearly working. More handouts and weakness is the solution. Let them all in, let them all stay, it will make it marginally less dangerous. With a little luck you'll be as law-abiding as an Afghani scumbag.

“In our view, this shows once more that those who come here mustn’t be left to their own devices,” she said. “Only that way can we ensure that boredom and frustration don’t result in criminal behavior.”

If we just keep the morlocks entertained, maybe with fidget spinners or game consoles, they probably will stop killing and eating us. I was bored, so I threw acid on a woman. I was frustrated, so I sodomized a young boy.

The study, led by prominent criminologist Christian Pfeiffer and published by the Zurich University of Applied Sciences, says most of the refugees came to Germany from Muslim countries that are “characterized by male dominance” and an acceptance of a “macho culture” that can justify violence.

The real problem is "toxic masculinity," not the totally incompatible culture, religion and genetics. You need an advanced degree from a communist indoctrination center to arrive at a conclusion this moronic.

The lack of women among Germany’s refugee population is also seen as an aggravating factor.

“This makes it more likely for groups of young men to emerge among the refugees and they can develop a violent dynamic of their own,” the authors wrote, concluding that it makes sense to allow refugees to bring over their families.

Germany isn't dying fast enough. It is very sensible to allow every alien invader to bring in dozens of family members. Once the population is entirely faceless and mindless mud world monsters everything will start getting better, just you wait. The obvious solution of removing the dangerous inferior is "racist," so down the cultural-marxist rabbit hole we go.

The report also notes that people are twice as likely to report crimes if they are committed by people who are different from them, causing some distortion in the crime statistics.

Here's a sentence that contains nothing even resembling a coherent meaning. Enjoy! The crime was committed by my twin brother, so I'll let it go. But wait, he's still different from me because of varying life experiences, better turn him in. What does the above mess even mean, other than R.I.P. Germany? 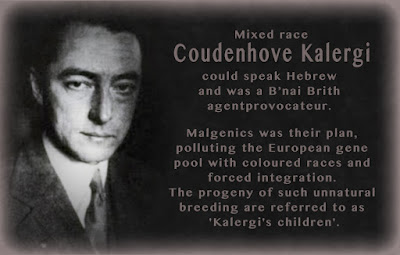