January 01, 2018
A new Current Year has just begun and in the United Kaliphate it's out with the old and in with the old. There was more idiotic violence from foreign invaders, more cowardice, more "in fairness only a few were fatally stabbed tonight" and more complete refusal to address the fact that importing the mud world doesn't change racial realities and ruins your ancestral homeland in the process. If this is the year that the British finally start resisting the kosher national suicide, we're not off to a very good start.

Four young men were killed in stabbing incidents in London amid New Year celebrations, the Met Police has said.

Those goofy "young men" and their wacky antics. Crazed brown inferiors hacking up the nearest convenient victim is just part of life in the big city. You're just going to have to get used to it. This is a transformation your nation must make if it's going to survive and did I mention the jew will be right at the center of this planned demolition?

Five men have been arrested over the death of an 18-year-old in Larmans Road, Enfield. No other arrests have been made.

Eroding rule of law, chaos in the streets, savage inferiors waging a senseless war against their benefactors, tribalism and superstition, blood lust and 70 I.Q. idiocy. There will always be an England.

In the other attacks, a 20-year-old man was fatally stabbed in Memorial Avenue, West Ham, and a 17-year-old boy was killed in Norwood Road, Tulse Hill, on New Year's Eve.

These quaint Old World crime reports take some getting used to. Unlike the loving details we get from Chiraq and Bodymore (Shot while sitting in a car, took a bullet in the "booty" while standing in an alley, etc.) we get nearly nothing. It's almost like these incidents are being covered up for political reasons, but that would never happen in a free and open society.

The fatalities in the final hours of 2017 took the number of people stabbed to death in the capital last year to 80, the Met said.

"If you just turn in your firearms and become defenseless you'll be safe from violent crime," said the rat-faced man with the weird little cap on the back of its head. 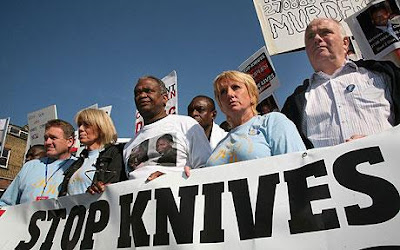 Commander Neil Jerome said: "I am grateful to Londoners and visitors to the capital who co-operated with police to enable the vast majority of people to enjoy New Year's Eve.

Well, it is refreshing to see someone in a position of authority in Londonistan who isn't named moe-ham-head or Khan. Thanks for visiting our rapidly dying city, I'm sure you had a great time navigating the alien hordes and trying to avoid moon cult slashers.

The Mayor of London, Sadiq Khan, said: "My thoughts today are with the families of four young men who have tragically been killed in four unrelated stabbings in our city last night.

Our thoughts and prayers are with the [four stabbing victims]. The multi-culti is our greatest strength. Islam is a deeply spiritual faith that teaches amazing ethical brilliance like "be nice to people that are part of your tribe." The African is an over-cooked White that would easily become a productive member of a highly sophisticated and technological society if it wasn't held back by your "racism." And most of all, everything is fine. Go back to sleep.

"We will work tirelessly in 2018 and beyond to stamp out this scourge. I want to be absolutely clear - if you use a knife the full force of the law will be brought down on you.

"You will be caught and prosecuted."

We have grainy footage of the "Asians" involved from our omnipresent surveillance cameras. Now it's just a matter of picking you out from the ugly enemygrant hordes of identical-looking "diversity." 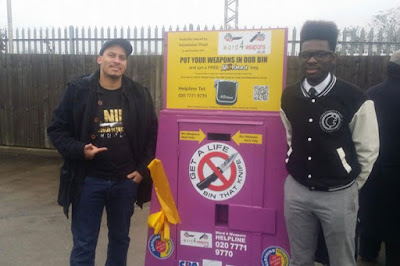