January 26, 2018
Don't forget to watch the "big game," shkotzim. This should keep you distracted from bipartisan efforts to legitimize millions of may-hee-can invaders and the slow demographic decline and fall in general. I mean, look at that boy run! These are the heroes of a decadent age, the worthless monsters propped up by the jew as proof that there is something the negro isn't completely useless at, namely crashing into each other and forming undifferentiated piles of writhing mud. Yes, be sure to watch that Liberia Ball. Cheer on "your" negroes in "red" as they wage a never-ending and unwinnable war with "our" hated enemy, the negroes on "blue." Drink that kosher booze, take your opiates, soil yourself in front of the talmudvision, you won't even notice that everything is falling apart.

I'm pretty sure this arrest was caused by "racism" against a former "scholar athlete" who is now providing vibrant entertainment by lying on top of other nightmare animals, slowly getting up and then doing it again a minute or two later. It's clear this evolutionary dead-end is a worthy object of your worship and shekels. 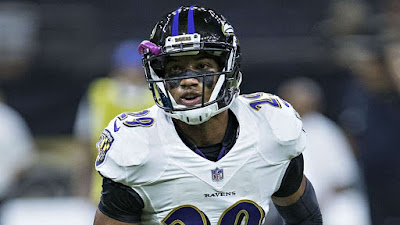 A helmet for homo erectus.

Humphrey, 21, was arrested in Tuscaloosa, Ala., and booked into the county jail on a $2,500 bond. A third-degree robbery is considered a Class C felony in the state of Alabama.

On the other hand it made another Congo Rugby morlock "hurry" once, so I think we should probably just ignore this idiotic thuggery.

Or, to put it into simple "urban" language: "Gibs me dat mudda fuddin sheeet, beeech," followed by a brown paw to the face.


The Ravens released a statement Thursday, saying Humphrey told the team it was a "misunderstanding" over a phone charger and that he is fully cooperating with Tuscaloosa police.

He a good boi, bout to turn dat life round. This creature was paid seven figures to play a degenerate kosher child's game and it still couldn't control its primitive and violent nature.

I'm sure this "slamming" was done in completely coherent and articulate langauge and not "Dat nikka bee goin hamm in heee-ahh, bedda be dat tumm."


Interestingly, Webb is on the Ravens with Humphrey, while Kirkpatrick plays for AFC North rival Cincinnati.

It really is unbelievably fascinating. The negro, the race of incredible surprises.

Humphrey, who just wrapped up his rookie season with the Ravens, recorded 34 tackles, two interceptions and defended 11 passes. 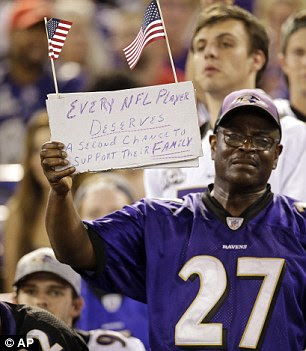