Oy gevalt, the failure of the Palmetto State to formally define Thought Crime, in time for World Holohoax Day, is equivalent to another shoah. We need a clearly worded definition of anything the jew finds objectionable. Otherwise we'll lose another precious six million to fire pits, trained killer condors, Soviet submarine engines, electric belts, skull smashers and all the rest. Hurry up and surrender your rights, you dumb gentiles.

The Israel Allies Foundation (IAF), which initiated the legislation together with South Carolina Rep. Alan Clemmons, blamed the delay on one state senator.

The enemy within. A foreign nation is controlling our government. They're not even trying to hide it anymore. Had enough, shkotzim? 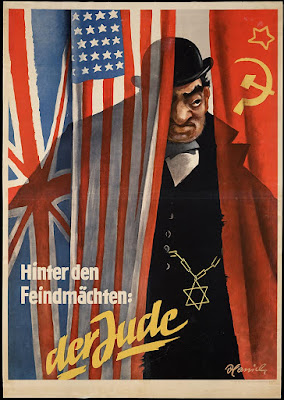 “One bad apple has put a procedural hold on the bill,” IAF US national director Joseph Sabag said. “It’s an unfortunate situation. Once it reaches the floor, everyone will vote for it except for him. I don’t think it’s an artificial deadline. The governor saw it as symbolic for Holocaust Remembrance Day.”

One lousy piece of unclean meat ruined our latest effort to humiliate the hated goyim. It's really unfortunate we couldn't have a parasitic desert alien screeching in hebrew in recognition of another victory over a demoralized and doomed people.

The definition for antisemitism would be taken from a US State Department decision in 2010 and an accompanying fact sheet that singles out demonizing, delegitimizing, and having a double-standard for Israel.

The real definition: noticing typical jew behavior and sharing those observations with others. Also, anything that impedes the nation-wrecker in amassing geld or obtaining the gentile slaves promised by the talmud.

“Rhetorical and physical manifestations of antisemitism are directed toward Jewish or non-Jewish individuals and/or their property, toward Jewish community institutions and religious facilities.”

The fact sheet adds blaming Israel for all interreligious or political tensions, applying double standards by requiring of it a behavior not expected or demanded of any other democratic nation, and denying the Jewish people its right to self-determination and Israel the right to exist.

Instead, we get blaming Whites for all the problems in the world, applying double standards to Whites by demanding behaviors not expected of any other race (Let in the foreign hordes! Give up your ancestral homelands! Feel guilty for existing! Die!) and denying Whites the right to self-determination and White nations the right to exist unpolluted by dark alien opportunists and satanic jew manipulators.

But it also says that “criticism of Israel similar to that leveled against any other country cannot be regarded as antisemitic.”

So heroic, South Carolina. So brave. 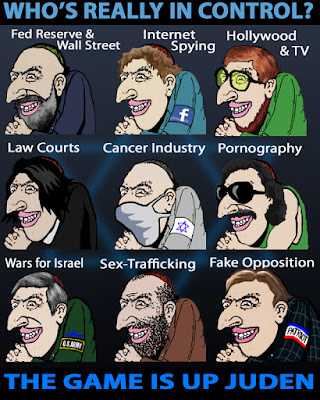