January 25, 2018
The jew is the Light of the World, the best thing going on two legs, g*d's favorite, a being of pure light and goodness with a carpetbag full of love and a fractional reserve banking system of peace and joy. Incredibly, some people, and by that I mean everyone who has ever come into contact with the friendly merchant, are blindly intolerant of the Money Magician for no good reason. When everyone hates you the problem is clearly the entire world and not you. The solution might be a special computer program designed to catch the Crime Thought and then report it to the kommissars in control of your rapidly dying nation.

Ahead of International Holocaust Remembrance Day, Israel's Ministry of Diaspora Affairs revealed a new and unique platform for realtime information and analysis of online anti-Semitism.

Holohoax Remembrance Day, aka every single day of every year in formerly White countries. Oy, the precious six zillion up the chimney, my family made into living room furniture, the horrific tales of Soviet propaganda that you can be imprisoned for questioning, you dirty cattle. Say, how would you like a high interest loan?

Minister of Diaspora Affairs Naftali Bennett on Thursday revealed the tool, developed by the Ministry over the past year: the Anti-Semitism Cyber Monitoring System (ACMS), capable of providing real time data and analysis of online anti-Semitism.

The exciting new computer age of Tel Aviv content farmers and jewish bots endlessly monitoring the behavior of the unclean meat. This is what the technology was ultimately leading to, its final end state that must have been the goal from the beginning: to have a jew over your shoulder at all times, making sure you don't discuss facts that are bad.

Minister Bennett said: "Sunlight is the best disinfectant. From today every anti-Semite online should know he is exposed, the hatred he spreads is being watched and he will be held responsible. It's time to set a mirror in front of our enemies and expose the ugly face of the modern anti-Semite, he who Tweets Swastikas instead of branding them in the street. From now we will know who the leading anti-Semites are and they will be dealt with. "

I know you're reading this, shlomo, so I'll keep it nice and simple for you. Come and take it.

Bennett added: "Anti-Semitism hasn't vanished, it has shifted shape and moved from the street to the web. Especially during the week we commemorate International Holocaust Remembrance Day, we must turn the spotlight to the places from which anti-Semitism stems and spreads, as part of the mutual responsibility Jews have for one another."

The anti-semitism shapeshifters are coming for us! Not-see vampires and werewolves! You must give up all your rights to stop this new shoah. This is the mutual jew responsibility for protecting their criminal empire: the media, our criminal government, the moneylenders, the communist professors, the petty con artists and all the rest.

The following data points were gathered during a month of the ACMS operating
in a pilot mode:

- 409,000 anti-Semitic posts and tweets, written by 30,000 people, were
monitored and analyzed.
The precious 409k lost, murdered in the homicidal gas chamber that is jew-controlled Twitter.


Some 10,000 anti-Semitic posts and tweets are discovered on a daily basis.

Here's another one for your collection.

Time to start planning that dream vacation to Denipro (The Ukraine).


Based on self-learning artificial intelligence, the program recognizes key words and patterns, while analyzing the context text in which they were written. The ACMS uses the working definition adopted by IHRA (International Holocaust Remembrance Alliance), and monitors English, French, German and Arabic posts.

My son, the learning artificial intelligence! It's so humid here on the internet and such small character count portions in the tweets! You want a student loan, shkotzim?

When needed, the Ministry works with the authorities in other countries to take concrete steps against those spreading hate.

We'll be in contact with your local Ministry of Love.


It will also be a tool for journalists and researchers looking for hard data on the topic.

Fans of fake news and lazy garbage science, hold on to your hats! 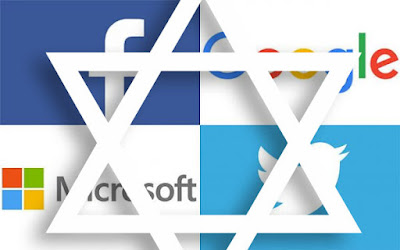