Everyone is White and Happy

February 20, 2018
We need fewer Whites in everything. Whites are bad and need to be eliminated. It's hard to imagine statements more accurately reflecting the beliefs of the jewish wire-puller aggressively campaigning for our destruction. Simply being a Person Without Color is becoming a crime, something shameful. Our only acceptable depiction is as criminals, scumbags and "racists" in kosher fantasy. Showing happy Whites in their European homeland, for example, is automatically bad. They want us dead. They're not even trying to hide it anymore. If you're not a Nationalist you're either an idiot or benefiting from the rot in the short term; no one can plausibly claim ignorance any more.

A European Union committee for the Capital of Culture contest rejected a video entry because it shows “too many white people,” Christian crosses, and not enough migrants, according to published reports.

The video itself is actually full of degeneracy in between reminders of a heritage that's under constant semitic attack. It includes lots of negro imitation by debased Whites, an actual tar monster, negro ball, all the rot you would expect in an official video entry for the Eurabian Union. It still wasn't enough. Smiling White children and healthy spirituality and tradition can no longer be counter-balanced by the usual wigger "give me a high five, dawg" profligacy.

The criticism was leveled at an entry submitted by the Hungarian city of Székesfehérvár. The short film shows people dancing in the streets, elderly men playing chess, churches, children playing, a happy couple, and other scenes.

This is what scares the jew. They want to poison our culture with kosher evil and then destroy us. White children playing: the ultimate in anti-semitism.

A European cultural “expert” called it a “propaganda film for white Christian Europe; everyone is white, happy and dancing in the streets.”

Instead we should see everyone sad and atomized, columns of invading moon cultists, Merkel's teeth, dead bodies covered in sheets and the coming kaliphate. Come on "expert," there was a token negro in the video, like this was a college recruitment film from 1980 or something. Make sure there's at least one schwoogie, we're trying to get the camel's nose into the tent.

In a press conference, the Mayor of Székesfehérvár, András Cser-Palkovics, congratulated the cities that were chosen to move forward in the contest.

Great job, Calais. Your film of the exciting "diversity" of dark invaders in your quaint little "jungle" represents the Europe we all want to live in. 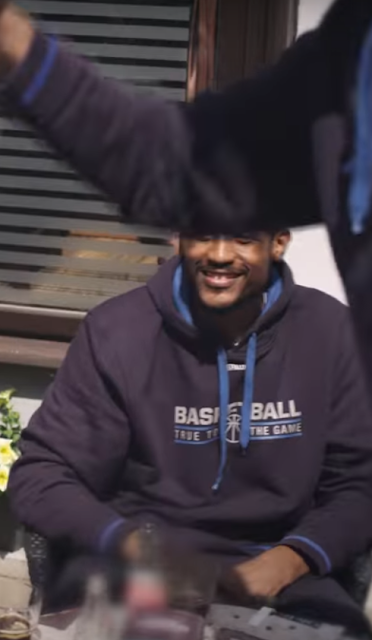 He also criticized the committee for saying, “They left the poor and the migrants out of the film, but at the same time, there were too many crosses, churches, and what was even worse, the attitude of the city, because they regarded this as a value.”

I didn't really observe any of this "attitude" in a fairly poisonous short film, but I'm not a cuck who is eager to see my own homeland raped and pillaged either, so that might be the problem.


We love our city with our temples and our crosses. We love being safe, calm, and people can democratically confess their own values.

We love our synagogues! But not so much we want to get run over, blown up and shot to appease the poisonous mushrooms growing in the deep darkness inside of them.

On YouTube, the video has received more than 7,000 views.

Honestly, it isn't even worth watching. It didn't resemble an ISIS recruiting video like the judges wanted, but it wasn't what I'd call healthy for the soul.

Well, I guess you didn't win, Hungary. Maybe this entry from Poland will fare better?