I Experienced this Subtle Racism

February 13, 2018
Your main responsibility as a person without color, other than not having children and dying, is to make sure your behavior never causes even the slightest agitation or distress to the faceless brown horde being brought in to replace you and everyone you care about. You must install a kommissar in your mind to constantly monitor for Wrong Think and prevent "hate," such as basic pattern recognition. This is a good first step, but it's not enough. In a poorly written and rambling article a la-teen-oh communist indoctrination center victim will now explain how your very existence is offensive to the racial inferiors and we need a lot more vigilance against ordinary behavior that damages the brittle self-esteem of failed branches of humanity who left their shithole countries to invade your ancestral homeland. All of this is a really good deal for Whites, that's for sure.

Racism – defined as a display of hatred and discomfort with those one considers inferior to them simply based on race – is commonly considered blatant.

Let's set the tone for the sloppy thinking and awkward "me speeeek no angleeeee" right out of the gate. For future reference the actual definition of "racism," to the extent it even has one and isn't just something to scream when you're losing an argument, is anything that represents the self-interests of Whites.

But what people often forget is that many times, racism is present in a look or a remark that can seem insignificant until you stop and think about it.

"It was terribly dangerous to let your thoughts wander when you were in any public place or within range of a telescreen. The smallest thing could give you away. A nervous tic, an unconscious look of anxiety, a habit of muttering to yourself – anything that carried with it the suggestion of abnormality, of having something to hide. In any case, to wear an improper expression on your face (to look incredulous when a victory was announced, for example) was itself a punishable offense. There was even a word for it in Newspeak: facecrime, it was called. "

Like when students or even professors assume brown people must be from a different country, as opposed to America.

They'll never be American in any meaningful fashion, they'll always be hostile and incompatible outsiders. This country was founded for Whites and only Whites. Any other claim is a jewish lie.

Small forms of racism permeate the daily lives of people of color – like mine as a Latinx – and can be found in actions that some might not have even considered before.

My Newspeak is a little rusty, but I think this means this worthless animal is a wetback who is also a sodomite.

It’s essential for everybody in our community to condemn all types of racism, not just the bold moves that can make the University look bad.

Spend your life apologizing, groveling and pointing the finger, it's bliss. I disavow! I DISAVOW!!!!!

Racial microaggressions are everyday actions that are hurtful and based on prejudices. These include instances of racism that are more subtle, yet equally – if not even more – hurtful. It’s vital for bystanders to be able to spot when these instances happen and intervene, and for students and the University to have a strong no-discrimination-allowed policy.

For a moment I had a frown on my face while walking past filthy and loud may-hee-can invaders. Fortunately, bystanders were on hand to run over and correct this subtle and hurtful microaggression. This intervention was another victory for whatever we're supposed to believe, it's hard to keep up when the jew changes it almost every week. 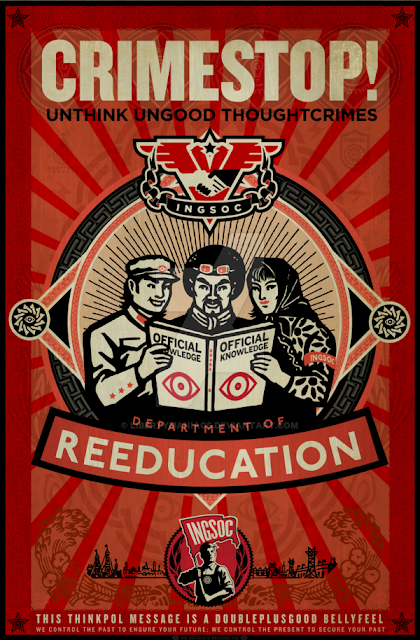 If our campus is to be a welcoming space for everybody, then discrimination has no place here.

What could be more welcoming than a Stalinist atmosphere where you must constantly control your thoughts and facial expressions while surrounded by hostile brown aliens?

Unfortunately, I experienced this subtle racism from my professor in my University Writing class this semester.

Wow. You're so strong, brave and noble to survive this horror and then have the courage to share it with others. You are truly an inspiration for us all as we win the victory over ourselves.

For my essay topic, I wanted to write about Tejano music. When consulting with me about my topic, he stated that the musicians from low socio-economic and unfinished education backgrounds that I wanted to write about were “just like your family.” I hadn’t mentioned my family, yet my professor believed it was correct to make that connection.

This is the shocking and ugly face of "hate." He noticed that Mexicans are Mexicans. This is a crime.

Maybe it was because the music we were talking about was Tejano music – popular music among Mexican-Americans in southern Texas – and he saw my name, Velazquez, and assumed I was Mexican-American.

We all know this assumption is going to be proven wrong, because it was based on ignorance and bigotry.

Although I am Mexican-American,

Huh. How about that. Always the first, never the second.

Even if my professor didn’t say this maliciously, the assumption comes from racist preconceived notions that have a long history of hurting people.

If you're still wondering if you should attend "college" and rack up that kosher student loan debt in pursuit of a worthless scrap of paper, consider the advanced critical thinking and exceptional literary talent on display from this enemygrant.

Another example of this that I have seen all my life is the look of thinly hidden fear and disgust people have every time my dad introduces himself as a sales manager at a manufacturing company.

"Eeeeyyyy, I'm sales man-eeeeee-geeeer, I theeeeennnk." Yes, there is a visceral disgust in healthy Whites for greasy, sawed-off, lazy, unwashed foreign opportunists who have been brought in as a biological weapon by our semitic enemy. I'm not sure what can be done about that.

They automatically assume that my dad’s heavy accent means that he works here illegally – and most likely in construction or gardening.

Again, these "racist" thoughts are fully vindicated by reality, but it hurt the feelings of this burrito bandit so you have to stop.

This form of racism has become more and more common, in part because of President Donald Trump’s speeches where he denounces Latinxs as rapists and drug dealers, which can make people believe it is acceptable for them to exhibit such racist behavior now.

Whatever his failings might be, President Trump is still the best thing to happen to American Whites in decades. Also, someone is doing the raping and it's not your gringo classmates who you clearly dislike being around. Maybe we'd all be happier living with our own kind, perhaps in our own nations? You know, like every single non-White country on Earth? Right, "racism." Sorry. White countries are for everyone.

Racial tensions have increased since his election, not just those directed at a person, but through subtle instances, such as the raising of the confederate flag or the occasional lighthearted chants of “Build That Wall!” that my friends and I have heard in Thurston Hall before.

But I’m not the only person of color at GW who’s had professors and classmates make generalized comments that caused pain or discomfort without malicious intentions. One common example is being asked, “But where are you really from?”

This whole "invade and loot the weak and cowardly White nation" plan was going great, but then my cover was blown by an innocent question about my obviously alien origins. The pain and discomfort and such small portions of it, oy gevalt.

Professors are not the only ones who are guilty of microaggressions. There have been students in classes dismissing the experiences of students of color.

All dissenting opinions must be silenced so we can have free academic inquiry.

We need fewer Whites in everything.

Having good intentions does not stop words or actions from being negatively impactful.

Bad news for delusional equalists and "They're natural conservatives!" cucks.

Despite the recent racial tensions on campus, GW Today’s Feb. 5 email relegated a story on Black Heritage Month to the very bottom, putting less important stories, such as transcript availability and research, first.

The negro is very important.

ore and more minority groups feel cast out and uncomfortable on campus, especially in light of recent events. If while reading this, you think you have never seen something like this happen at GW, pay attention. Pay attention to others’ actions and to your own thoughts. Think about why you believe these acts of racism only happen in the past, and take action next time they occur in the present.

Develop the "American Look." Turn each other in. Trust no one. This is a mighty, mighty strength.

Alejandra Velazquez, a freshman majoring in political science, is a Hatchet opinions writer.

See, they're not all rapists, drug mules and drunk drivers. At least a few will be "diversity" promoted into positions of political authority where they can fully express their hatred of healthy White America. 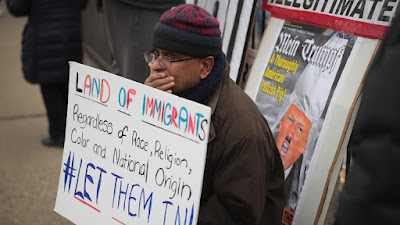