February 12, 2018
We must provide a "path to citizenship" for the criminals who invaded our dying land. To fail to do so is to violate our nebulous standard of morality that can ultimately be distilled to "whatever the jew says." After all, we've got a people race to win and there's no greater threat, again according to g*d's special chosen (i.e. not you or anyone you love) than Nationalism. Except for Israel, of course. For you, shkotzim, your ancestral homelands must become ground zero for an insane kosher experiment in population replacement. Bring in the la-teen-oh filth, they're only one miracle away from becoming good little consumers in an ugly globalist bazaar.

An investigation by a Houston television reporter revealed that the man accused of murdering a store owner is allegedly an illegal alien who is currently under President Barack Obama’s DACA amnesty program. The “Dreamer” is currently on the run after allegedly killing the store owner and shooting another man.

The dream becomes a nightmare. A flood of 80 I.Q. la-teen-oh filth is somehow failing to fix all the problems created by our jewish enemy. Let this turd with legs stay, this display of weakness is sure to reform its moronic criminal tendencies. It should learn to use soap and the flush toilet soon and I'd be very surprised if a store owner ends up dead in the bargain. We're helping children and babies, after all. It was all a lie. They want us dead. 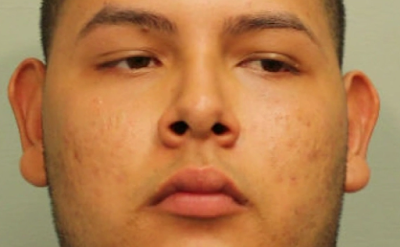 An investigation by ABC13’s Jessica Willey reports that accused killer Judas Deluna, 21, is an illegal alien who is currently under the Obama-era Deferred Action for Childhood Arrivals (DACA) amnesty program.

I can hardly believe it. We were assured by the talmudvision that these foreign opportunists were all going to school to become doctors or proudly serving in the American Golem in our endless foreign wars for the merchant's benefit. They're more educated than you, more patriotic. They do the jobs you won't, just like the negro slaves. Finally, we arrive at the ugly truth. An alien scumbag flees from a "gunfight gone wrong," its stubby little legs carrying its bloated body away in the Speedy Gonzales act. ¡Arriba, Arriba! We were afraid of being called names.

The program allows undocumented immigrants brought to the U.S. illegally by their parents to receive temporary protected status from deportation. The federal government is supposed to conduct a criminal background investigation prior to adjusting the immigrant’s DACA status.

Apathy and tolerance, the final virtues of a dying civilization. We won't enforce our laws, it's not like you were following them anyway. We were supposed to check that criminal record, but somehow we forgot. Oh well, its not like this significantly adds to the enormity of the crime of allowing an invading army to occupy our lands while we stared into the telavivision in an impotent stupor.

Deluna may have obtained the DACA protection despite a prior history of felony arrests and convictions.

The purpose of this dictatorial decree from the magic mulatto was to destroy White America and not to save a generation of surgeons, oceanographers and burrito makers. 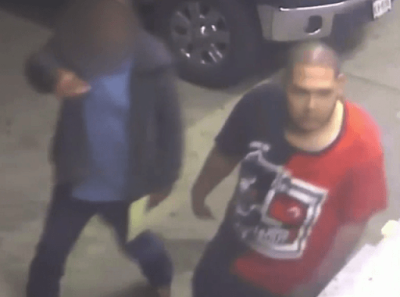 The replacement for the children you didn't have.

Court records obtained by Breitbart Texas from Harris County District Clerk Chris Daniel’s office show that Deluna received a felony conviction for a terroristic threat made in 2015. The judge of the 176th Criminal District Court sentenced the man to 60 days in county jail. He had also been charged with Aggravated Assault with a Deadly Weapon. That charge was dismissed as part of a plea agreement.

They are natural conservatives, full of family values and a desire for a free market. Did I mention what a huge success NAFTA was? Think of all the money being "pumped" into muh GDP. Betray your homeland to Judas the greaser for thirty silver shekels. Vote Republican.


Earlier that year, prosecutors charged Deluna with a felony charge of evading arrest with a motor vehicle. The same judge placed the man on four years of probation and deferred adjudication. Following the new murder charge, prosecutors filed a motion to adjudicate this charge.

What in the blue hell does this worthless foreign fuck have to do to get imprisoned and/or deported???


It is believed that Deluna got into a fight with another man. He fled to his vehicle where he reportedly pulled a gun and shot the man he was fighting with. When store owner’s son, Rahman Rupani, responded to the shooting, Deluna allegedly shot him as well. Rupani died from his wounds.

The exciting encounters in "diversity" provided by national necrosis. May-hee-can sewage bring their mud world pathology to the land of the fee and the home of the slave. An "Asian," as the British might say, gets blasted by the invader. Our mighty strength.

I thought they were all going to college or enlisting. No, really, I honestly believed that ridiculous semitic shuck.

Still waiting for that wall. 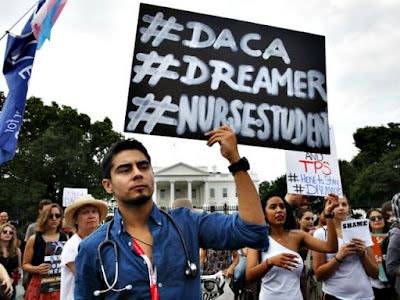