February 08, 2018
What are the critical skills that young people will need to compete in an increasingly complex, technological and global marketplace? Obviously, they need to be taught a good amount of self-loathing and a willingness to step aside meekly and be replaced by invading columns of vile monsters straight from a nightmare. Gaining these essential self-negation talents won't be easy, so we need special laws to promote indoctrination with Soviet war propaganda. You're bad and you need to be enslaved and destroyed, this is the key to a happy tomorrow.

Kentucky students would be required to learn about the Holocaust and other acts of genocide under a bill making its way through the state Capitol.

Johnny can't think critically, Barkevious won't come down from on top of a desk where it's "rapping" about its penis, Juan speaks no English and can't use a toilet correctly. All of this demands more communist fantasy stories from the disastrous jewish century. Public school is child abuse.

Rep. Mark Hart, a Republican from Falmouth and one of the bill’s sponsors, said the measure will help Kentuckians learn from mistakes made in history “so we as a society and as a human race don’t repeat what has happened in the past.”

Don't worry Mark, the way idiocy and demographic suicide are being aggressively promoted by the semitic enemy we'll be lucky if we're able to repeat indoor plumbing and electric lights in another decade, let alone the industrialized slaughter of g*d's chosen people (You weren't chosen, you piece of unclean meat) in homicidal gas chambers, fire pits, electric belts, pedal-operated skull crushing machines and all the rest.

“If we don’t teach it, it could be repeated,” he said.

Something that never happened must not happen again!

The bill was considered by the state House Education Committee on Tuesday as an outspoken Holocaust denier is drawing national headlines as he nears nomination to become the Republican nominee for a Chicago-area congressional district.

The first good news out of Chiraq in...well, it's the first I've ever heard, actually. 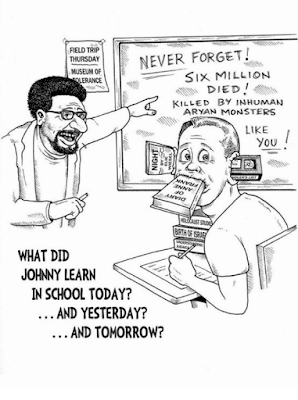 The legislation was pushed by a group of students from Louisville catholic school St. Francis of Assisi, led by Fred Gross, a Holocaust survivor and teacher.

It was demanded by the students! Okay, it was actually just the enemy within forcing the class to go along with the hebrew wailing under the usual duress. Muh cuck-o-lick education, where hell-bound jew liars are trusted to instruct your children.

“I’ve spoken to school children for the past 25 years, invited by teachers who took it upon themselves to teach the Holocaust to imbue in their students the need to stand up against hate and prejudice and bigotry,” Gross said.

I was gassed seven times, my six mothers were made into a sofa, the horrible sufferink, let me "imbue" your gentile children with guilt over a crime that never happened, I hate the shkotzim and want you dead... 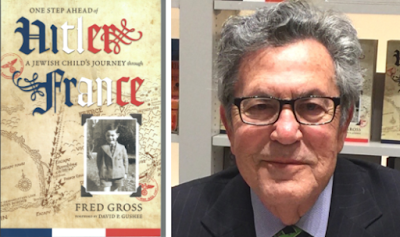 An estimated 6 million Jewish people died during the Holocaust led by Nazi Germany in the 1930s and 1940s.

The fish I almost caught was an estimated twelve feet in length.


Rep. Reginald Meeks, a Democrat from Louisville, said the bill should be expanded to teach students about the genocide of Native Americans at the hands of white settlers.

How about the Armenian massacre and the Holodomor, while we're at it? What do you mean, "no?" It's almost like the only point of "muh dead wagon burners" is to attack healthy Whites under the guise of education.


“We live in a state that every day we walk on the grounds, we’re walking on lands that were native lands — lands that hold the souls of our ancestors,” said Meeks, who has Native American ancestors. “Every time a building is built or a road is made, we are touching our own history.”

A handful of injun terrorists used to live here, before their campaign of savage violence against White settlers ended in failure. This is important history.

Rep. Attica Scott, a Democrat from Louisville, compared the deportation of Jews during the Holocaust to deportation of illegal immigrants in the modern-day United States.

Remember when we deported the jew? You don't? You need a lot more holohoax indoctrination, a lot more.

The Kentucky Historical Society has several interviews with Kentuckians who survived the Holocaust.

The Kentucky holocaust. That's what happened when the USA joined the Axis, deported the traveling merchant, set up a Soviet submarine engine to gas the Light of the World at a Paducah concentration camp and so forth. 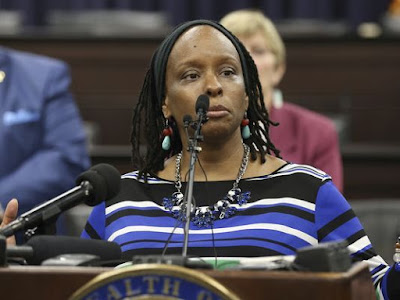