February 23, 2018
The magic soil of El-France will convert even the most savage African monster into a good little worker and spender. The best part is we don't even have to do anything; they'll just miracle themselves into deeply suntanned Whites and they certainly won't be eating any faces. As anyone who isn't completely in a jew-induced stupor would quickly realize, none of this is true. If you bring Africa, you become Africa. The same jungle pathology follows the racial inferiors everywhere and a change of scenery and plenty of free-range White victims isn't going to help. They need to be removed.

Three men have been arrested in the heavily migrant-populated Paris suburb of Clichy-sous-Bois for attacking a man by biting at his face and then eating the pieces of flesh they had bitten off.

The night of the living tar monsters. The plight of "widows and children" fleeing "war" tugs on the heart strings and tears at your face. Look at the amazing vibrancy, you sure don't see much nose eating from stiff and boring Whitey who needs to be replaced and destroyed.

The men, who all originally came from the African island nation of Cape Verde, were arrested on Sunday after they attacked a man who was walking in the Hector-Berlioz alley at around 6 pm and bit off pieces his ear and lower lip, Le Parisien reports.

The victim was able to fight off the attackers, wounding one of them in the ankle, before police arrived a short time later and arrested the three Africans.

A scene from the Heart of Darkness plays out in the City of Lights. This is the transformation Europe must make. Into multi-culti mode, into the digestive system of a nightmare animal.

Clichy-sous-Bois has become infamous as one of the most troubled no-go zones surrounding the French capital. The massive riots that occurred in 2005 began in the area when a pair of teenagers running from the police killed themselves by hiding in an electric power station.

"Racist" electricity puts an end to the Jimmy Vicaut act. A nation within a nation rises against their benefactors with open tribal warfare against the indigenous population. Maybe we actually don't need to bring in the entire population of the Dark Continent just because the poisonous mushroom said we had to. 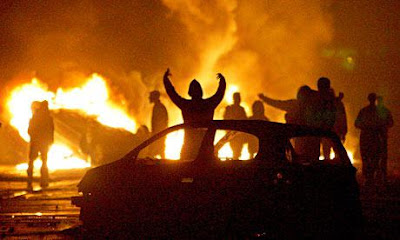 Since then, Clichy-sous-Bois has been associated with further riots, as was the case last year, and with a connection to the rising tide of radical Islamic extremism in France.

Who could have predicted this? We all know the moon cult is a deeply spiritual and peaceful faith that teaches you to be good or whatever. I'm surprised the enemygrants want us dead, especially after all the weakness and cowardice we displayed.


Many other suburbs in the Seine-Saint-Denis area have been declared no-go zones because of their high levels of crime.

What can we do about this? Maybe more "immigration" would help?

Random violent attacks, known in France as violences gratuites, are also on the rise across the country, with some estimating that there are at least 777 random attacks per day nationwide.

As a bilingual bonus I can now say "robbery gone wrong" in French. The cultural enrichment continues.

Last week one random act of violence saw a man stab six people in the heavily-migrant populated 18th arrondissement of Paris before he was arrested by police, soaked in blood. 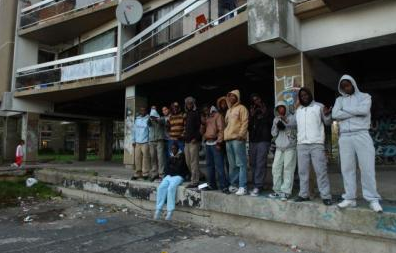 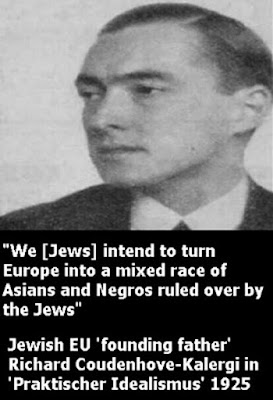