March 06, 2018
I've got some great news, shkotzim! Now you can sell out your ancestral homeland, betray everything that matters, ensure that you'll be cursed and then forgotten in your unmarked grave and win the princely sum of ONE MILLION SHEKELS in the bargain! You like money, don't you? If you're anything like the wandering merchant promoting this, I'm sure you do! Imagine the empty materialism, the shiny Chinese baubles, the booze and pills numbing the pain. Don't worry about the crushing spiritual emptiness as you contribute to the death of your native land and the complete annihilation of the indigenous population. You won't be thinking about those unpleasant realities, because you'll have a pecuniary reward and the insincere approval of the jew, the only two things that should matter to you at all.

We must battle the horrific evils lurking in chilling statements like "What happens on the other side of the world is really none of my business" and "We should be allowed to have our own homeland, just like every other people group." Europe is for everyone and you are required to fight and die for the jew. The poisonous mushroom is even willing to offer a token sum from its vast, ill-gotten wealth to help encourage your suicide.

The Kantor Prize for Secure Tolerance, launched on Tuesday at the European Council on Tolerance and Reconciliation in Monaco, will reward those who promote tolerance while addressing what the prize-givers consider the legitimate concerns of Europeans who feel immigration and other trends are compromising their security.

It's time to address your so-called "legitimate concerns" about invasion columns of totally incompatible sand world jihadists and even the general kosher decline and fall of a nation your family has lived in for a hundred generations. Will "Shut up and die, goyim," be sufficient? Maybe a little reminder of how six million precious jews died in homicidal gas chambers? Seriously, you need to give up on your country and die, my family was made into living room furniture.

No conflict of interests here, no sir! He is the president of the Love, Cute Puppies, Happy Feelings and Fair Play Council and also serves as the high priest in the synagogue of satan. 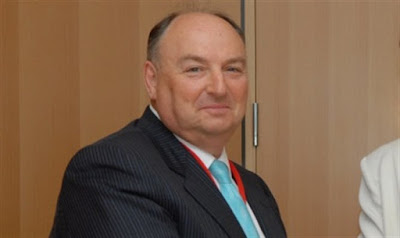 You could win thirty pieces of silver!


In a news release announcing the prize, former British prime minister and ECTR chairman Tony Blair said it was “essential we don’t sit back and let extremism and intolerance become an accepted part of our public discourse.”

London has been successfully colonized by moon cultists, terrorist attacks and rape gangs are a routine occurrence and the foreign invasion continues to consume a demoralized and debased White population. Clearly, the biggest problem is "intolerance" toward the planned demolition of your nation.

He added: “Co-existence is a vital universal value in a world where people of different cultures and religions mix, both on and offline, more than ever before [and] freedom of speech must be protected. But people have a right to feel safe in their homes and communities.”

This has never worked, ever, and will ultimately result in the strongest group destroying the weaker ones, but I'm insulated from the rot and can live in a semitic fantasy world.

Kantor said that more and more Europeans are feeling excluded as a result of the rapid technological and societal changes that have swept the continent.

Yeah. It's all those new computers, not the sullen enemygrant hordes, the mosque on every corner, the acid attacks, the grooming gangs of rape apes, the self-driving trucks on undocumented roads, the sexual emergencies...

“We can either sit around or wait passively for the next conflagration, economic depression or war or we can seek to build new models for a tolerant society, benefiting all in full security.”

We already have the "new model" shlomo. It's called a "nation" consisting of people that share the same traditions, values, culture, race, religion and vision for the future. Anything else is madness.

The Kantor Prize for Secure Tolerance will encourage original, creative thinking and research on how the theory and practice of tolerance can meet the new challenges of a globalized world and its diverse societies.

Expect exciting new ideas like a "Ministry of Truth," acid-resistant face coverings, cars that are harder to burn, gulags for Speech Crime, more cameras, embarrassing Cucktian submission, endless excuses and all the rest. By slipping into complete denial of reality and total worship of the almighty dollar we can meet the challenges of the strident globalist bazaar that will briefly exist before the stone cube worshipers take over and start sawing off heads.

Kantor, one of the richest persons in Russia, heads the Acron Group, a producer and distributor of mineral fertilizer.

Nice to see the alien creature still shoveling the fertilizer. This criminal plutocrat knows what's best for you, you'd be a fool not to listen. 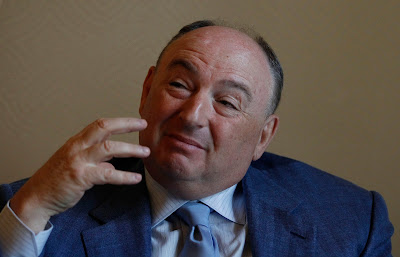