March 05, 2018
The negro should start to improve any day now. We're just one more doomed program, one more punitive tax, one fewer White face on the talmudvision away from miracling a failed race into something resembling a healthy consumer unit for our ugly globalist marketplace. The fact that the current crop of living fossils are arguably the worst we've ever seen is not important. The progress is being made. The I.Q. numbers that resemble the Fahrenheit temperature on a pleasant summer day, the inability to connect basic cause and effect relationships, the violent idiocy and superstitious beliefs in "racism" are not impediments to civilizing the morlocks if we just keep spending and dying. We hold these truths to be self-evident...

Violence at cemeteries, and during funeral processions, in Cook County is increasing.

Wow, imagine that. What an odd little story. Must be Whites getting into little shoving matches over who Grandma loved most and that sort of thing, probably.

A Hillside police chase is just one example of some of the violence. Chief Joe Lukaszek says three guns were recovered from the stolen SUV, which had just left a cemetery.

Time to leave the graveyard of The West, where all hope for the future was laid to rest by brown paws. You can't mourn forever, of course. Let's demonstrate why there's no negro NASCAR champions and then focus the blame on guns and not the failed branch of humanity awkwardly holding them.

“There’s no respect for the dead anymore,” he said.

We live in a country where jews are erasing our past and nightmare animals are destroying monuments, in case you forgot.

Cemeteries in Hillside are the final resting place for many gang members killed in Chicago. Funeral processions from the city often end up on the expressways, which lead to dangerous situations.

Tribal warfare disposal site offers "dangerous situations" to thrill-seekers looking for extreme content of their character rot. You won't believe what the tar monsters do! It's almost like they're completely incompatible with a White country and should be removed. 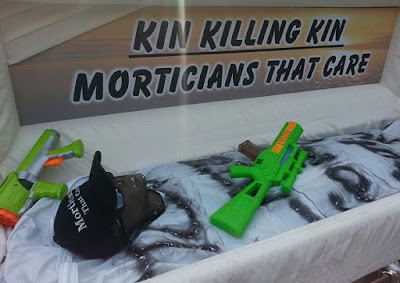 “People, literally, are jumping on other sides of the road, driving next each other, weaving in and out of traffic, guns being waived out of cars. There’s been shots fired from vehicles, as well,” Sheriff Tom Dart said.

Thank you 90 I.Q. law enforcement for this semi-coherent description of the monkeyshines. Literally something from the far left of an "ascent of man" poster jumping (Just like in Liberia Tree Hockey!) and firing incorrectly held firearms at their fellow night terrors. Exciting and vibrant, not like stiff and boring Whitey who has no rhythm and doesn't usually turn a funeral procession into a scene from Black Hawk Down.


As a result, Dart is creating a new task force to tackle the problem. It will be comprised of community leaders, citizens and law enforcement, as well as cemetery and funeral home owners.

If this fails to correct the genetically preordained dysfunction of the Chiraq negro, I'm going to be absolutely shocked.

Rev. Ira Acree says communities also need to step up and have tough conversations with those causing the trouble. “There has to be a point where the buck stops. Something has to be sacred, and we got to respect our families. Simple as that,” he said.


Chief Lukaszek says the task force is a good idea, but agrees that accountability is needed to end the violence. “We need our judicial system to enforce what laws are on the books. We need our states attorneys to prosecute the criminals and put these people behind bars.”

Get tough on "African-American" crime! Tomorrow the same people will be blaming the "racist" justice system for the endless dark malfunction. The prison system is the new slavery, look at the unfairly harsh sentences for good boys about to go to college! They're blasting other nigga bodies (Ah!) at funerals. At some point the kosher lies and misdirection must stop. They need to be returned to Africa. This is the only solution that isn't completely delusional and guaranteed to fail.

Dart said he hopes to have the task force in place by May, as summer is historically when Chicago sees an uptick in shootings and murders — which, of course, means more funerals.

The circle of negro life continues. 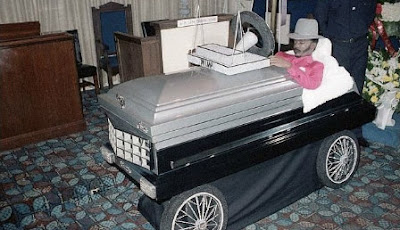