March 01, 2018
A surveillance camera recorded a man dragging the lifeless body of a partially clothed woman.

When Whites are gone, when hope is gone, when an entire city has been annexed by Africa, this is just another ordinary day. The content of their character captured in grainy footage, the reason for segregation in the past and deportation in the future chronicled by the unblinking half-blind eye that keeps us all safe. Unions, high taxes and lack of "free trade" caused this. An animal from a nightmare drags its latest kill through the ruins.

Authorities said he killed her before moving her body.

The rich and vibrant tapestry of the "African-American" experience.

The video, which was posted on Facebook, shows the man dump the body near a busy road in broad daylight.

Over half a century of spending, dying, groveling, bleeding, appeasing and being told we're still irredeemably evil and a lot more must be done produces this. Time to dump that nigga body (Ah!) in what might as well be Liberia. Dead negro storage in the Detroit all against all. We're one wasteful program away from fixing this, one more glowing fictional depiction from the Hollywood jew. The negro will start improving tomorrow. 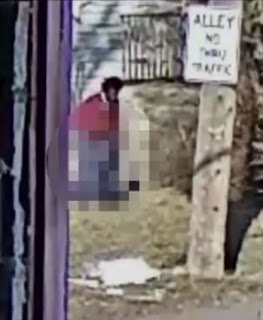 "I'm scared – I don't like to come outside, because that could have been me," said Elizabeth Strickland, who witnessed the act.


It was Strickland’s first day working at the Royal Car Wash. She said she’ll never forget what she saw there.

Work at the car wash
Sharks in the water make they jaws lock
When I swim through the grim, I'm too hot
Why'all can make why'all bets
Why'all small tuna fish, I'm one big catch
Shark's lair, bow down playa
'Cause this right here will be your worst nightmare

"I seen a guy that brought a body from out of nowhere and dropped her right there and then he tried to run," Strickland said.

An informal tribute to the negro crematory and then the Jesse Owens act. The real life negro is a little different than the one you see on the synagogue in the living room.

The victim was a 58-year-old mother of two who may have been homeless. Police said she died from trauma to the body.

It's too bad the policies of Liberal Democrats caused this to happen.

Police also believe the man moving her body killed her.

"I feel real bad. And I feel loss for the family," Strickland said.

A terrible tragedy, I'm all busted up, how can we blame Legacy America for this?


A suspect is in custody and is awaiting charges in the death.

Hopefully the "racist" justice system doesn't give an overly harsh sentence to this soulless monster simply because of its "skin color." 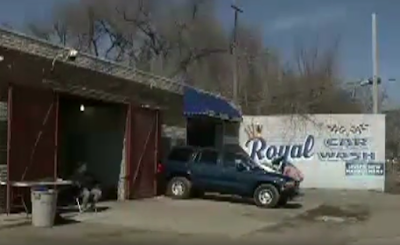