The real life negro sure is different from the one you see on the synagogue in the living room. Here we get a "human calculator" reviewing the latest suicidal generosity from the working Whites that this tar monster hates. We're told this is a Trump food box. It isn't, of course. An already forgotten aside at a Presidential speech doesn't immediately become law; this is just the rotten fruit of another one of "dem programs" that should make the "African-American" less pathetic any day now. This would all be obvious to anyone with an I.Q. over 80, which I suppose is the problem. Whatever the source of this ridiculous largesse, the mule of the world is not happy. "Look at dis hee-ah." Work hard at a job you hate, don't have children and make sure you keep paying taxes to shovel food into the dusky gaping maws of worthless and ungrateful genetic aliens. This is the kosher madness of a decadent age. It's time to send them back to Africa.

Aunt Jemima continues to narrate. I mean, why not, it's not like you have any responsibilities or make even the slightest positive contribution to a dying nation. "Look at dis shit." Yeah, really. Take a long hard look, delusional White do-gooder. This is what you're supporting. Apparently the food isn't up to the extremely high standards of a coal-colored 300 pound welfare leech. The reward for sucking air, burdening a completely broken system and pumping out a bastard brood should be a lot better than what looks like perfectly acceptable fare. Wah bee muh lobb-stahh, mudda fudda.

"Dis suppose be chicken." Well, if anyone would know, it would be the poultry expert that is the North American nigger. More profanity and idiocy follows from our churlish black liability. This is your equal, your better. Just ask the jew that brought it here in chains and then released it as a biological weapon. A paw that's the same color as a bowel movement displays a biscuit. Again, not nearly good enough. Where's muh maple bacon, you White debil? Much more needs to be done. These animals should experience the best dining experience possible in return for the unbelievable damage they're causing via the loathsome content of their character.

The hard tack crumbles in the grasp of the genetic alien, much like everything else they touch. The vaguely humanoid creature in this video is allowed to vote. It has more rights than you. It has the mind of a retarded child, the drives of a demon from hell. There is no sane reason why we should share our lands with these dangerous inferiors. Deportation is the only solution. "We gonna be Ethiopia now." The broken clock is correct. If we fail in our struggle, if the jewish nation-wrecker wins, this is our future. African America, the endless dark night of savagery and ignorance after "muh biscuits" stop coming in the mail, after the welfare spigot shuts off, after everything burns. 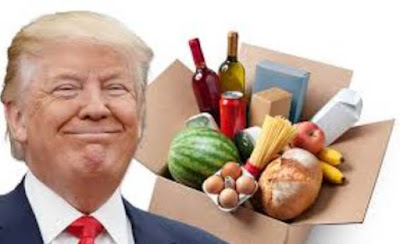 Make the diet of bloated dark parasites great again.
Content of Their Character Donald Trump Gibs Me Dat It's Free Swipe Yo' EBT Pathology of the American Negro Tax and Spend We're Not Equal Welfare State