The Decline and Rise of Whites

March 22, 2018
Are you concerned about the future? Do you worry about what kind of world your children will grow up in? Are you skeptical of the idea that moving all the brown third world failures into White nations will somehow magically correct their centuries of pathology? Do you think becoming a hated minority in your own homeland might not be in your best interests? Have you noticed the jewish role in communism, pornography, political violence, feminism, promiscuity, the sodomite agenda and every other attack on your values and traditions? If the answer to any of these questions is "yes," it turns out you're a "racist" and probably irredeemably evil. The best solution is a gulag or maybe Room 101, but until our semitic enemy can get those up and running, here's an ugly jewess to lecture you at the student loan debt generator about how bad your existence is and why you need to die.

A lecture scheduled for next month at Columbia College in Chicago will examine the topic of “whiteness in decline” and look at how whites’ current social position has led to a “resurgence of white supremacy.”

Welcome to the communist indoctrination center, where shylock is making big shekels off pound of flesh usury and a hate-filled communist is going to screech at you, possibly in hebrew, about how Whites are being destroyed but are also making a big comeback, all at the same time. The kosher gloating about our dispossession must continue, after all, although it is now tempered by the very real awakening taking place. Soon the arrogant boasting will stop, along with the manipulative name-calling and fear-mongering. Then the bargaining and begging will begin. They can't kill an idea. We're going to win.

The lecture, titled “Whiteness in Decline: The Emotional Politics of White Nationalist Resurgence,” will take place April 12 and include a presentation from professor Paula Ioanide of Ithaca College in New York.

It turns out that this mouthpiece of our ruling globalist plutocrats has also given speeches in satan's synagogue. I know, I was surprised, too. A jew behind well-compensated anti-White attacks? This has to be a first. 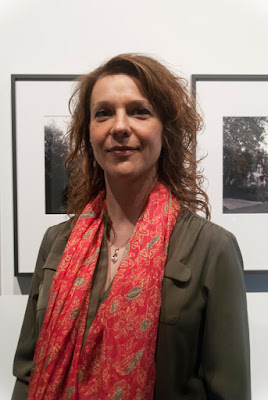 Ioanide’s remarks will touch on the “imagined and real losses in entitlements white Americans have come to expect and the ways these connect to the resurgence of white nationalism,” according to an online description of the event.

Muh entitlements. I have more rights in the house I built than the stranger on the sidewalk outside who wants in. This is very surprising. After decades of kosher termites devouring the foundations of our countries we've had enough. "You have imaginary entitlements!" screams the six-legged pest as the insecticide is poured into the rotting timbers.


“Ioanide argues that the reactionary emotional politics of white nationalism indicate both the precarious structure of white domination and the effectiveness of racial justice movements,” a flyer for the event states.

As best as I can gather from this academic word salad, our enemy still thinks they're winning. Just as our greatest weakness is empathy for those who feel none in return, the biggest weakness of the jew is their hubris.


Ioanide, a professor of comparative race and ethnicity studies, did not respond to The College Fix’s request for comment regarding her upcoming talk.

The alien outsider wants to spit and howl at a docile audience that will nod meekly in cowardly acquiescence while it rants about the need for White genocide. The last thing the merchant wants is a real, legitimate "conversation about race." 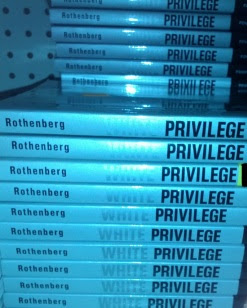 Jewish ammunition for the war on Whites.

The April 12 event is included in a six-part campus lecture series titled “Critical Issues in Cultural Studies: The ‘Forgotten Man’ in the Trump Era.” Other lectures in the series, which runs until May, focus on topics such as “feminist ecology” and the alt-right’s use of social media.

If you're worried that you're not being exposed to enough wet-brain cultural marxist drivel, have I got the events for you! By the way, your student loan debts can't be removed by bankruptcy, so don't even think you're gonna pull a swift one, goyim.


On March 29, Columbia College professor Michelle Yates will present an “ecofeminist reading of Hollywood’s climate fiction film” as part of the lecture series. Yates’s presentation will examine the films “Soylent Green” and “Interstellar” and discuss how they “utilize climate change as a recuperative strategy for the re-privileging of hegemonic white masculinity.”

We will then remove your brain from your head, have a chosenite urinate on it and, time permitting, shove it back in there.


Another gathering in the series scheduled for late April will feature University of Illinois at Chicago professor Adrienne Massanari speaking about the alt-right’s use of the website Reddit.

They were posting cartoon frogs! Racially-tinged rumors! A cruise missile! 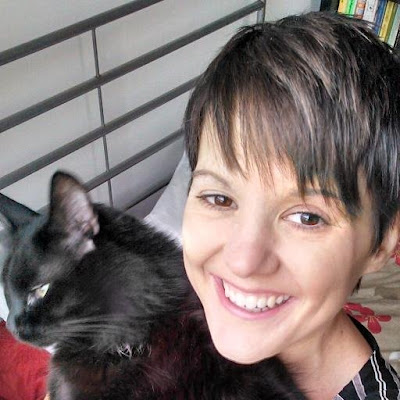 
“The technolibertarian ideals of Reddit and its culture of anti-feminism, trolling, and ambivalent humor are reflected in the site’s most prominent ‘alt-right’ spaces,” the event’s description states.


We need to start appointing far-left jewish organizations to censor the internet. Even more than they already are, I mean. 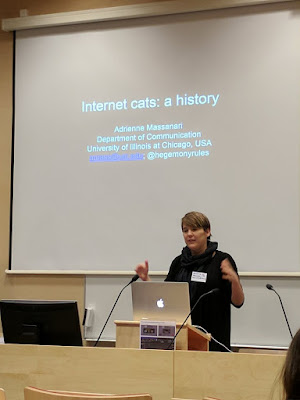