The Magnitude of this Event

March 08, 2018
It's very important that you turn in your guns and make yourself completely defenseless. You have absolutely nothing to fear from your government or the various dark inferiors flooding your homeland. It's the right thing to do. Look at the brave mystery meat crisis actors demanding more weakness and surrender. We should let children vote. Meanwhile, back in reality, a creature from a nightmare shows off with its "chrome" in muh publik schmuel and leaves perforated nigga bodies (Ah! Ah!) in its wake. For whatever reason, this isn't national news. This silence from the kosher fraud news is baffling, considering how unbelievably significant this typical negro pathology is, according to sinecure recipients, at least.

A Huffman High School senior was killed and another injured when gunfire erupted inside a classroom at the east Birmingham school Wednesday afternoon.

Oy vey! Hopefully we can use this predictable "African-American" failure as an excuse to surrender our inherent rights to a jewish enemy that wants us violently dead.

Killed was a 17-year-old girl who was going to graduate in May, had already been accepted into college and had dreams to become a nurse. "We're not just talking about some person, we're talking about losing a part of our future,'' said Birmingham Mayor Randall Woodfin. "Our hearts are heavy."

To add to the "tragedy" it looks like Barkevious bagged the mythical "one good one." Good girl, about to go to college, hung around a thuggish animal who accidentally blasted the future human calculator. Our bright future was damaged by our bleak and ugly present.

Also wounded in the shooting was a 17-year-old boy, a junior and member of the football team. Both were rushed to UAB Hospital in separate Birmingham Fire and Rescue Service trucks.

Wow, did you say Liberia Ball? Hopefully the "look at that boy run" potential of this nightmare monster wasn't damaged by the same monkeyshines we see every day from a failed race that needs to be returned to The Mother.

He was shot in the leg, and was later questioned at police headquarters. About an hour earlier, a woman at the police station who said she was the boy's mother, said she had not been told his condition, but she did not believe he had a gun.

In an incredible plot twist the morlock Mr. Touchdown who got shot was also the shooter. On the other hand he dindu nuffin and it's pretty hard to believe that a living fossil would somehow acquire a firearm and then behave in an irresponsible fashion with it. 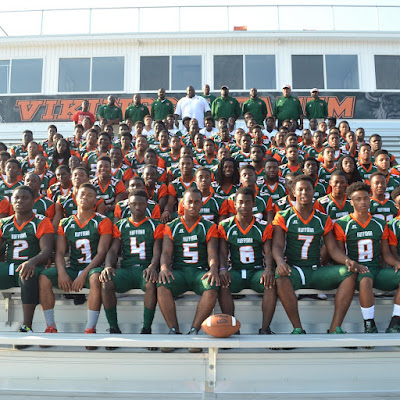 Look at all the "diversity!"

School officials announced late Wednesday night that school will be closed on Thursday.


"The magnitude of this event causes us to pause," Herring said. "However, we want to assure our parents, students, staff and community that safety and security are a top priority for Birmingham City Schools."

Somehow a living fossil got "dat beam" through metal detectors and cages, but let me assure you that the identical looking and behaving mud bipeds are our highest priority.


The shots erupted as school was dismissing for the day, or shortly thereafter. Students who were still inside the school were ushered into classrooms or other secure locations during a temporary lockdown.

The differences between the negro "school" and a prison are mostly superficial.


One mother, who asked that her name not be used, said she was waiting for her daughter outside the school and called her child's cell phone to ask what was taking so long. Her daughter, a basketball player, replied, "Mom, we're on lockdown."

Stereotypes: they don't arise from nothing.


"At this particular time, we consider it accidental until the investigation takes us elsewhere,'' Wilson said. "We have a lot of unanswered questions. There are so many unknowns at this time."

This eruption of jungle pathology is a riddle wrapped in an enigma, rapped about by the surviving groids. Hopefully the 90 I.Q. law enforcement can somehow reconstruct the bongo party.


Wilson said there are surveillance cameras inside the school and police will be reviewing the footage to try to piece together what happened. "We're hoping if we have footage, that it will reveal it,'' he said. "If we have witnesses, we're hoping they will tell it."

The cameras, the inept authorities, the penitentiary environment and your criminal government will keep you safe, don't worry.


Sources said a male student was "showing off" his gun when it discharged, striking the female student. He then accidentally shot himself as he was putting the gun away, according to sources.

The 70 I.Q. and complete inability to connect cause and effect relationships has consequences.

I couldn't empty water from a boot if there were instructions written on the heel, in other words.

The chief appeared emotional while talking about the fatal shooting. "I'm deeply moved by what has happened here,'' Wilson said. "This should not happen in schools."

Yeah. We're all busted up. 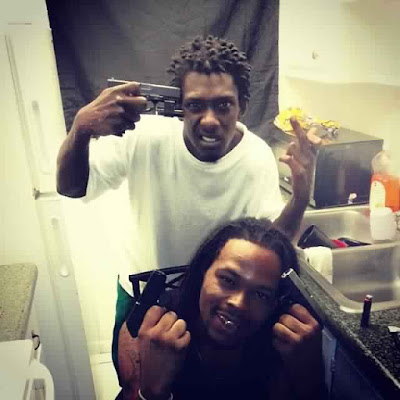