They're Not Sending Their Best

March 09, 2018
A presidential candidate was barnstorming across Los Angeles over the weekend, reaching out to Mexican migrants, blasting President Trump and calling for protection for illegal immigrants.

Wow, these exciting "new" ideas that have been the consensus of both parties since Saint Reagan's 1986 immigration "reform" amnesty boner are sure to defeat common sense nationalism.  We need a lot more foreign invasion, it's our mighty strength. That reeking, sawed-off drug mule who doesn't speak a word of English and is here to loot and destroy is a better American than you, says the jew behind this disaster.

The twist: he is running for president of Mexico.

This is some amazing O. Henry short story ending material here, let me tell you. Since California has essentially been annexed by the failed nation to the south it's maybe not so surprising.

According to Mexican newspaper Excelsior, Ricardo Anaya Cortes met with businessmen and activists in Los Angeles -- which has a large Hispanic population.

A foreign conman brings his shuck into Aztlan. The may-hee-cans are "hacking" our elections, someone alert the mainstream media. There is a price to be paid for weakness, cowardice and an unbelievable lack of foresight and the time is coming to pay up. First a nation within a nation defying our laws and pandering to a hostile foreign country, then open civil war.

Among those he met with was Obama-era Department of Homeland Security chief Janet Napolitano, now the president of the University of California.

Criminal scumbag floats from one sinecure to the next, earning big shekels from our national suicide.

In a tweet accompanied by a picture with Napolitano, Anaya said they “talked about the importance of supporting the Dreamers and agreed that Mexican migrants deserve respect.”

The taco vote deserves your respect, shkotzim. They had the courage and decency to sneak across an open border, suck that welfare, commit all those crimes and fail to use a toilet correctly. These brown alien turds are full of value and you should be properly deferential as they colonize and rape. 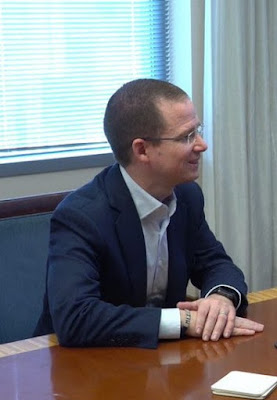 Meskin bugman hopes to become a figurehead for his country's drug cartels.

By “Dreamers,” he was referring to illegal immigrants who arrived in the U.S. as children.

Yeah. Let's be clear: these are criminal opportunists who took advantage of a nation that had lost its mind and its testicles. That's quite a "dream," you've got there Pablo, sort of like the high hopes of a family of maggots feasting on a corpse that just split open.

Trump repealed the Obama-era Deferred Action for Childhood Arrivals program (DACA) in September, which gave protection to some of those arrivals, and gave Congress a deadline of March 5 to pass a fix.


According to Excelsior, Anaya said that “we are one,” and reiterated that the Mexican migrant community in the U.S. is not alone.

Wait, what? I thought they were good little natural conservatives who were going to become useful consumers in our jew-run globalist bazaar. Now you're telling me they're not actually assimilating in any meaningful way? I can't believe it, how could the RepellingCohen party mislead us?

LOL. We have the best campaign memories, don't we? Whatever Trump's failings, he's a thousand times better than any other realistic option.

Appealing to the Mexican community, he said that those who have entered the U.S. are “the heroes of the country.”

If you don't think we're at war with this shithole country you're delusional.


The election is July 1. Reuters reported in January that since the last election, seven times as many Mexicans in the U.S. have received voting credentials under new rules that let Mexican citizens sign up at local consulates rather than in Mexico.

Nothing to see here, your country is definitely not dying, resume your mindless consumerism. 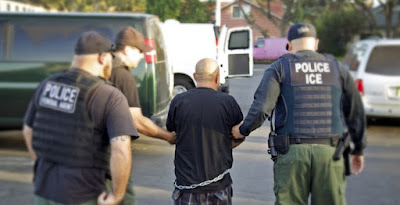