Today was a Good Day

October 09, 2018
Three Boston men are expected to face a judge Tuesday in connection with a brazen home invasion in Canton on Monday during which one of them is accused of brandishing an AR-15-style assault weapon, officials said.

Officers responding to a report of a male walking behind a home on Neponset Street with a “machine gun” about 1:37 p.m. were directed to a second-floor apartment, where they spotted a suspect at a rear door with an AR-15-style semi-automatic rifle, according to Canton police.

Animals from a nightmare armed with fully-automatic machine guns. You need to give up those rights, gentiles. Once you're completely defenseless, the tar monsters armed with military hardware, artillery pieces and the like, should begin behaving themselves.

Upon realizing police had arrived, three masked suspects fled the apartment in different directions, according to police.

Time for the Jesse Owens act. Look at that "southern speed." Time to give these creatures a full "scholarship" to play Liberia Ball for comically overpaid plantation masters. This is very sensible and in no way a sign of a nation in rapid decline and fall.

Drijon here is a good boy, about to turn its life around. It was preaching the gospel while dragging around that autocannon in the urban all against all. We have to keep releasing this monster, it definitely belongs in a sophisticated and technological Western nation.

All three are expected to be arraigned Tuesday on numerous charges, including home invasion and possession of a large capacity firearm.

Now to face the "racist" justice system in the KKKort. Expect a more severe sentence than the hypothetical White criminal would have gotten for the exact same crime, because that's what happens, according to our enemies. We have to stop punishing the tar monster, it's wrong. We need "prison amnesty." Let the brown slime out. It's the right thing to do.

Police say they do not believe this was a random incident.

Wow, really? We're really making progress here. In another ten years police might be releasing statements about "genetic aliens" and "the content of their character."

The female resident was taken to the hospital with what were considered non-life-threatening injuries.

Everything is fine. Go back to sleep.

In a statement Monday night, Canton Deputy Police Chief Helena Rafferty said, “All responding officers were unharmed. Their bravery and professionalism are to be commended. The members of the Canton Police Department take this time to reflect on our fellow officers (most recently in South Carolina) who have paid the ultimate sacrifice. We are so very grateful that today was a good day for law enforcement.”

Another glorious victory for the Rump State. Today the devouring rot only advanced a little bit. Evolutionary dead-ends reenacting one of the dozens of Liberian civil wars in our streets is, for the moment, not a problem. 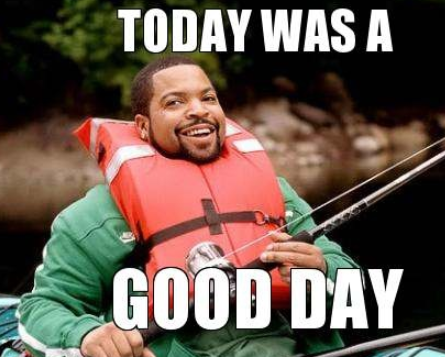