October 19, 2018
Noticing typical negro behavior that is, at best, lacking in any basic civility and, at worst, an obvious danger, is something you must be programmed not to do. The tar monster is a being of goodness and light, unfairly stereotyped by White "racists." It's equal to you, exactly like you and better in every way as it gnaws on the stalks of a functioning society like a vaguely human-shaped locust. When it has its child-demon tantrums, when it breaks the law, when it might be targeting the children you shouldn't be having anyways, you better learn to look the other way. Consider this yet another "White privilege," right up there with paying taxes and being the victim in "random" attacks.

The principal of a San Diego elementary school sent out an email warning parents of a Black man who was inside of a nearby Starbucks. Now she’s sent an email apology for being racist.

As you know, Starbucks is the official room to destroy for dangerous racial inferiors, so you might want to advise elementary school students to avoid this caffeinated all against all. On the other hand, you don't want to be called names, so please pass your first born through the jewish flames to the multi-culti Ba'al.

The San Diego Tribune reports that principal Donna Tripi warned La Jolla Elementary School parents about “an African American male about 30 years old, about 6’1-6’2, dressed in all black and a hooded sweatshirt,” at Starbucks.

If you were to create the Platonic image of a worthless negro criminal, this would be it. Age 30 teen, getting ready to turn the life around, out for Skittles and drank in its hoodie, unlikely to kidnap, rape and murder the most convenient and helpless White victims.

The man had allegedly stared at and followed a parent’s daughter at a local Starbucks.

The content of their character. It seems incredible; the living fossils never act that way on the talmudvision. It was probably just there for a "business meeting." Come on, use your imagination!

The email went on to give parents security tips “to keep your children safe,” including calling the police “if you see something that doesn’t feel right.”

This is horrible "racist" advice. Next you'll be talking about arming yourself, you pink monster. You must become a totally defenseless free-range victim. You're hurting the delicate feelings of moronic and violent nightmare animals. Dat poo nikka feel badd an sheeet. Did you even consider DaQuan's fragile temperament when you were trying to protect your children from genetic alien predators? 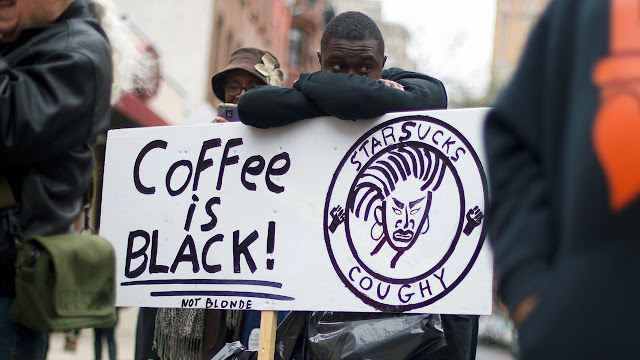 Let me rape and murder your ten-year-old daughter to prove you're not "racist."

Tripi has sent out an apology email, saying that she unintentionally perpetuated stereotypes about black men.


“My email was a mistake. While it is critical to keep our school family safe, the way I communicated didn’t provide enough specifics to identify the individual, but could easily lead to unnecessary and harmful reactions against other members of our community,” Tripi wrote.

We regret the unpleasantness. NPC #4573416396 had not yet received the latest patch correcting this offensive behavior. It has now been installed and any issues that were previously experienced should be fixed. We regret any inconvenience this hurtful burst of so-called "free thought" may have caused. You may go back into your coma of booze, pills, semitic pornography and negro sports secure in the knowledge that Big jew will do all the thinking for you.

“African American males continue to face discrimination in our society every day. The thought that I unintentionally contributed to that climate with a vague email is something for which I owe our community an apology.”

I plotted to assassinate Comrade Stalin. I am an enemy of the workers and farmers of our glorious Soviet. It is because of saboteurs and criminals like myself that there is no bread or meat. I deserve the execution I will be receiving tomorrow.

Later in the email, Tripi defended the parent’s fears about the Black man, saying she’s “confident the concern they described was not imagined.”


The Tribune reports, out of 535 students enrolled at La Jolla Elementary last fall, five were Black, state data show. The school didn’t employ any black teachers last school year, according to state data. Out of 31 teachers, 28 were white. 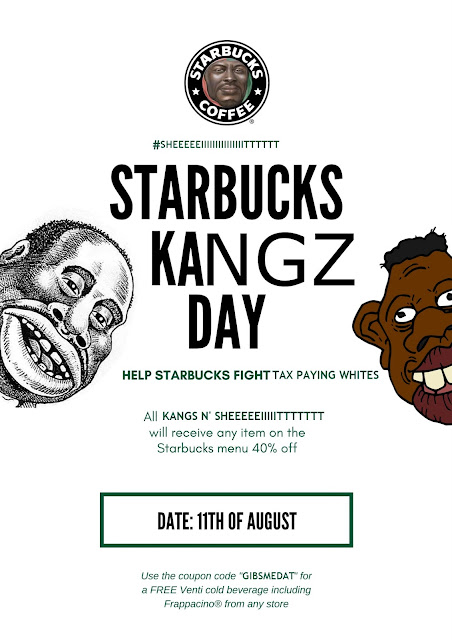