January 03, 2019
Western Europe is currently entering "multicultural mode," a change it must make in order to survive. This is also its punishment for trying to spread civilization to the brown hordes. There might be some mild unpleasantness associated with this kosher process, but don't worry, the pain you feel is just your nation and bloodline dying. At least your enemies will be happy, at least until everything collapses and your ancient homeland resembles a constantly burning Dirt World all against all. In some places, this process is almost finished, as roving gangs of "women and children" who fled "war" are preying on their benefactors. We did the "right thing." Time for a moon cultist to pound you out.

A migrant gang left 12 people aged 13 to 42 injured after carrying out random attacks and hurling racist abuse in a German city, it has been reported.

Random attacks, an isolated incident, the first time we've ever seen this, please go back to sleep. The indigenous population is rewarded for their suicidal generosity. Of course, we have to call into question the so-called "racist" abuse. Only Whites can be "racist." Being called a kuffir and then battered by mudslime invaders is what you deserve for trying to have your own countries, you should be happy to get it. Just ask any jew.

Four teenagers - from Iran, Syria and Afghanistan - are said to have targeted passers-by in the Bavarian city of Amberg.

Those crazy "teens" and their little jests that maybe get a little out of hand. Time to pummel free range German livestock, get them nice and tenderized for the kosher slaughter. The best part of "immigration" is all the enrichment delivered by unwashed moose-limb fists.

Eyewitnesses claim a man was pushed down a flight of stairs while a 17-year-old was left needing hospital treatment for a head injury.

My last thought as I tumbled down stairs en route to traumatic brain injury was a sincere hope that this would prove, once and for all, that I'm not "racist." Maybe if I die this way, the merchant and their dark biological weapons will be reluctant to piss on my grave. 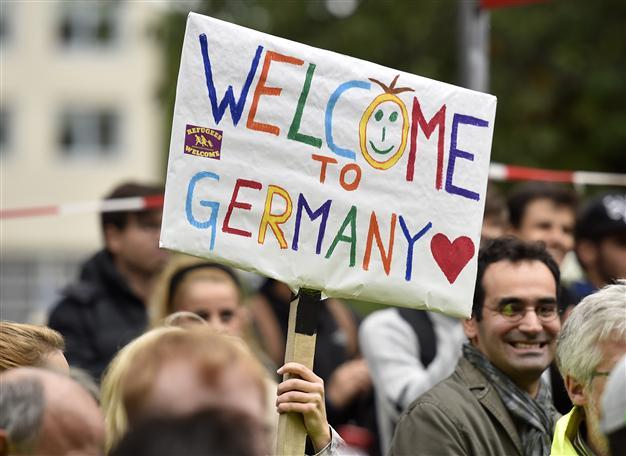 Must smile as broadly as possible, avoid Face Crime at all costs.

Germany's Interior Minister Horst Seehofer said he was 'dismayed' by the events in Amberg adding: 'If asylum seekers commit violent crimes, they must leave our country.'

Yeah, it's a real bummer. I felt bad for several seconds. If moe-ham-head keeps throwing us down stairs and bashing our heads in we may have to do something. No, I'm serious this time.


A 13-year-old, named as Nimo M was kicked in the stomach before his 29-year-old friend, landscape gardener Marco S. was hit in the face.

How about a sand monster boot to the groceries? If that doesn't do it for you, the old five to the face from a rock worshiper is also possible. Isn't "diversity" (of where you get cracked) exciting?


In another incident, a 17-year-old girl was branded a 'hooker', Bild reports, before her companions were struck in the face when they tried to intervene.

These genetic, cultural and religious aliens should have no problem adapting to the semitic garbage lifestyle promoted in your Weimar Republic.

Another teenager described how racist abuse was hurled at a friend before three people in the group were chased and attacked.

I just had a great idea. Let's destroy our prosperous and homogeneous White homeland by admitting millions of dangerous alien inferiors.

As the alleged attackers fled, they set upon two more passers-by. Police later arrested four suspects, and aged 17 to 19.

More attacks during the Germanistani flying carpet act. Incredibly, some of the slime got arrested.


Interior Minister Seehofer told Bild: 'The events in Amberg have upset me a lot. These are violent excesses that we can not tolerate. If asylum seekers commit violent crimes, they must leave our country. If the existing laws are not enough, they must be changed.'

He was then called a "xenophobe" by a jewish nation-wrecker, apologizing profusely and returned to willfully ignoring the death of his country. 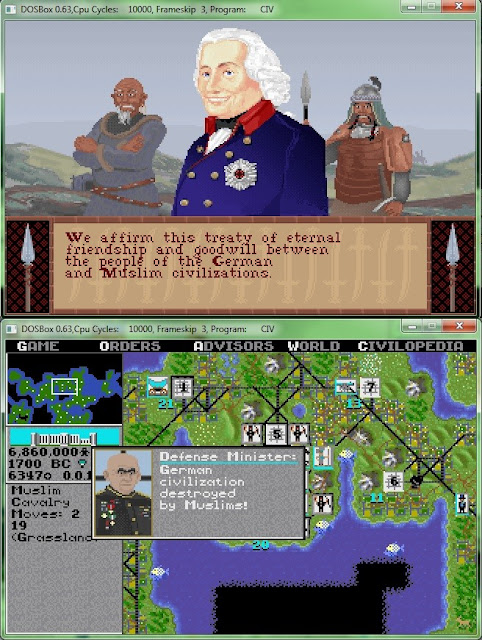