February 19, 2019
Yesterday we examined a phony hate crime directed at a sodomite simian who appeared in the Gay Jamal Hour on the electronic synagogue. You might have walked away wondering "What's the point?" These hoaxes always completely unravel; certainly they wouldn't be useful in forcing through anti-White legislation. Well, that's simply not true. If Soviet propaganda about "fire pits" and "gas ovens" can be used by the jewish vampire to bleed Europe dry, a fair amount of mileage can also be had from Hoosier State frauds. Sure enough, the Loser Party has used low-energy semitic deceptions to strip away your rights.

Judges could consider the hateful motivation behind crimes against certain Hoosiers when sentencing criminals under a bill approved 9-1 by a Senate committee panel Monday.

The number six nose of the camel is in the tent. It's just a matter of time before you start getting kosher Thought Crime and Face Crime laws.

It is the first step in a long path for a hate or bias crime bill pushed by Gov. Eric Holcomb and hundreds of other groups and businesses.

Much more needs to be done, of course. The White useful idiots have received their marching orders from the merchant. Time to march through the institutions.

I allow my wife to be ravaged by an endless parade of negro "bulls" while I stare at the wall and make no attempt to "direct." If that isn't compassion, I don't know what is.

It's not easy being a eunuch towel boy, but I'm incredibly virtuous, you better believe it.

Pierre Atlas said hate crimes are an act against an entire group -- not just one individual or place. He is a member of a synagogue that was plastered with Nazi graffiti last year.

And by "plastered" we mean a refuse shed off to the side was painted with tiny and suspiciously well-made fascist iconography. You can read my original take on this obvious "Hey rabbi, watcha doin?!?" incident and the pathetic groveling response from the gentiles here. Suffice it to say, this total and complete bullshit is now the basis for the coming semitic crackdown on your rights.

Oy vey, the sinister motive! Why are your hands covered in paint, by the way? 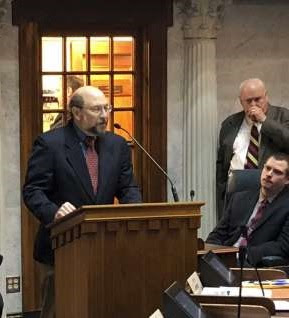 "Give up your rights, you unclean meat."

But Peter Scaer, a Fort Wayne man representing a coalition of northeast Indiana clergy, opposed the bill and said those who don't support LGBT Hoosiers are labeled bigots and haters.

A cucktian evanjellyfish who literally worships the jew is unhappy about what his masters just did.


"Boys claiming to be girls may sleep with our daughters on overnight school trips. Is it OK to be against this without being labeled a hater?" he asked. "Equal rights are equal rights. Special protections simply weaponize the left."

Wow, I bet this guy wins. G*d knows, you did a great job preventing every other sodomite victory.


Indiana is one of only five states without an explicit hate crimes law, and the Republican-led legislature has blocked efforts for years.

Republicans put up token resistance to evil, are ultimately completely defeated from both without and within. I know, pretty surprising stuff. Hey, when are we getting that wall?

Everyone but normal and healthy Whites, in other words.


"With this vote today you can be on the right side of Indiana history," said Sen. Ron Alting, R-Lafayette. He chaired the committee and supported the bill.

No, really. This fucking clown actually said this. I'm not joking. 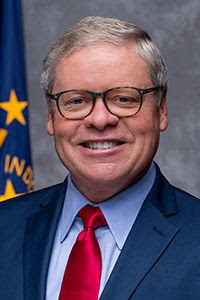