April 03, 2019
Chicago voters on Tuesday signaled a strong break from decades of machine politics, choosing a black gay woman and former prosecutor to be the city's next mayor.

If you still had any doubts that tribal mob rule was the best system, they can now be laid to rest. After mere decades of massive corruption the Chicongo all against all has truly made a huge step forward by electing a Mule of the World who was a decorated veteran in the dildo wars. If you don't think we're going to see massive and immediate improvements in the Midwest Mogadishu you're out of your mind. Hope and change has arrived in the form of an ugly genetic alien with various disgusting proclivities. Now to miracle away reality with the magical sick nightmare animal.

Voters overwhelmingly chose Lori Lightfoot, an attorney who once worked to root out corruption in Chicago's Department of Procurement Services but who had never held public office before.

Wow, what a hero. We can only assume this wise dyke removed all the misconduct, or at least reduced it in a manner that can be easily statistically verified. This creature is perfect to replace the skeletal jew who has voluntarily surrendered the faceless brown slaves promised by the talmud to the eventual winner of a racial census.

All these firsts, it's really an exciting thing. I mean, look at all the "diversity" represented by the mindless and faceless pervert fossil who will now rule over ruins. When are we getting the first crippled, cross-dressing six-toed Aleutian Islander omnisexual, that's what I want to know.

The race between two black women — and the crowded field they beat out in the first round of voting — became a referendum on the city's long history of corruption and machine politics.

Sadly it didn't become a referendum on restoring walrus-looking careerist scumbag Garry McCarthy, what with the whole "I bee vottin foe a nigga datt look lack mee" primitive interpretation of the franchise. 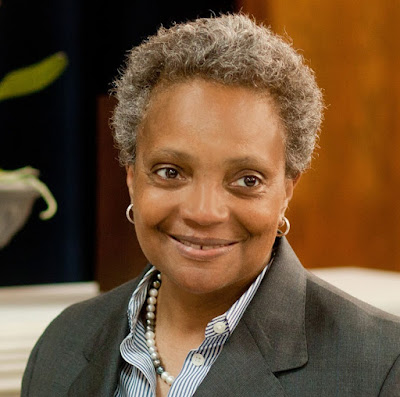 E.T. was elected mayor of Chiraq.

Weeks before voters went to the polls in February, Chicago's longest-serving alderman, Edward Burke, was arrested and charged with attempting to extort a small-business owner.

The common voter is full of preternatural wisdom and will always make the right choice. Counting shit-colored heads is the best system.


Lightfoot was the only significant candidate in the race without a connection to Burke. "Nobody owns Lightfoot in the political game," said Gregory Seal Livingston, a civil rights activist and interim pastor at the New Hope Baptist Church.

No one controls this rug-munching evolutionary dead-end, explained a tribal chieftain while the jew behind it inserted the rat claws into its back and manipulated the wires.

"This is seen through the lens of a change election," said Richard Boykin, a former Cook County commissioner who backed Lightfoot. "I hope and pray that the machine is on life support. That way of doing business hasn't been helpful to the citizens of Chicago."

Our hopes and prayers are with [Chiraq]. The [election of unqualified and moronic negress deviants] is part and parcel of life in the big city...

In the initial round of voting, Lightfoot won many precincts in Chicago's northern neighborhoods, where white liberals and wealthier voters tend to live.

Winning the Eloi vote is still important, until they're all devoured.

Lightfoot will be inaugurated in May. She is likely to find a handful of new allies on the city council, where at least eight new aldermen have already won election. Several runoff elections held Tuesday were also likely to send new members to City Hall.

We're going to start seeing measurable improvements in the "no lackin" negro scum as a direct result of this, that's for sure. 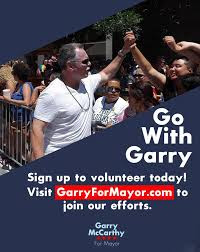