Likely to be Bogus

May 15, 2019
Now that "African-American" and illegal la-teen-oh unemployment is at a record low, the most inspiring of victories, we're going to need a lot more people to work in all the factories we're going to be getting. This imperative for brown humanoids is so pressing that our best philosophers figured out we could remove that whole "leaving" part from the useless blowhard's "they have to go and then they can come right back" and instead of a big open door in the wall we could just have a massive open border. At least this solves the incoherent hypocrisy of our "nationalist" president, I guess. Every vile scavenger can grab a bloody chunk of our national corpse, we're making necrosis great again. Obviously, this means may-hee-can African invaders, because why wouldn't it?

A large group of African migrants gathered on the south side of the Laredo Port of Entry to protest U.S. immigration policies that are keeping them from entering the U.S. to claim asylum, KGNS reported. The group claims that “not enough is being done” to help them get asylum into the U.S.

Much more needs to be done. If your savage idiocy destroyed your resource-rich homeland you're completely entitled to the North American Economic Zone and Israel Cannon Fodder Rally Field. We must let in the living fossils from the Heart of Darkness. Just look at all their gratitude. "Me want murrka monnee and pusseee" screams an evolutionary dead-end waving a machete on the unhappy side of the imaginary line which will transmute them into good little factory work units and consumerist bar codes. We really need these primitive animals.

The large group of African men, women, and children held their ground near a Mexican customs office.

When you've taken in the entire population of Honduras, this is the next logical step. Women and children fleeing war. Here come the endless columns of fighting age Dark Continent males, eager to rape, loot and despoil. Maybe the jew wasn't entirely honest with us.

Mexican officials eventually spoke with the group to explain the situation.

The group claims they are unable to meet with U.S. Customs and Border Protection officials. They claim that Cuban migrants are being given preferential treatment.

Those Cuban invaders get to eat the delicious eyes of the American carcass while we'll be lucky to get part of a leg. 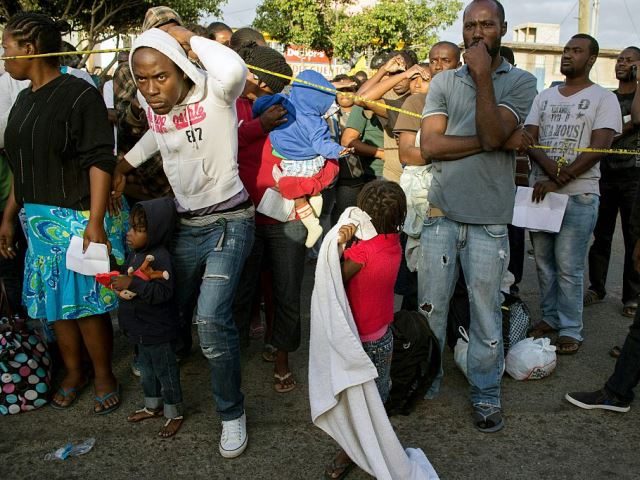 You'd be crazy not to want this in your ancestral homeland.

U.S. resources for dealing with migrant asylum claims are being overwhelmed by the massive numbers of Central American migrant families who are, as Acting U.S. Immigration and Customs Enforcement Director Matthew Albence told Breitbart News, “gaming the system” to gain entry.

You know what, I think you might be right! Weakness is mercilessly punished, the law of the jungle must be obeyed. A nation that won't fight has no future. Other people's children aren't going to solve your problems. You'd think all of this would be obvious, but I guess not, because we're busy letting African sewage from may-hee-co across the big, beautiful open field that is our defenseless border.


Approximately 13,000 mostly Central American migrant families and unaccompanied minors are currently camped on the south side of the U.S.-Mexico Border, Breitbart News reported.

Inside each one of these pieces of walking, polluting dog shit is a good little citizen just dying to come out. We need these worthless inferiors so bad. If you don't believe me, just ask any jew or their purchased property in our criminal government.

In an article written for Breitbart News, Kansas’ Former Secretary of State Kris W. Kobach wrote, “We are providing huge incentives for migrants to enter illegally and walk up to Border Patrol agents to demand a ride to the Border Patrol stations so they can make what is likely a bogus asylum claim. We know the claims are likely to be bogus, because the overwhelming majority of these migrants are denied asylum when their hearings eventually occur.”

The death of everything your ancestors built under a flood of alien mud is totally bogus, dude. We committed jew-assisted suicide. Major bummer.

The complexity of the alien marauder. It says it ruined its home because of genetic determinism; let's let it in ours.


The acting ICE director said that this problem of Central American migrant families coming to the U.S. to make these asylum claims can be stopped immediately if Congress would take action.

Sorry, they're too busy with more pressing matters, like condemning White Nationalism, praising the jew and prepping us for war with Iran.

In the meantime, African migrants who may have legitimate asylum claims are forced to wait.

Because "I want to rape, kill, steal and destroy civilization," but in 60 I.Q. monkey thoughts instead of coherent words, is a "legitimate" claim. 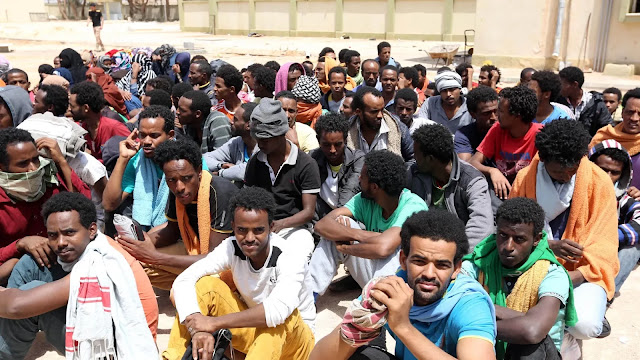