The Bright Future of Cuckservatism

November 04, 2019
As most of you already know, I'm a staunch Republican in the proud tradition of Mitt Romney and that sweaty guy who was one of the less offensive versions of la-teen-oh. I believe in liberty, small government, free markets, buggery, our great ally Israel, fighting "socialism," more green cards, more foreign invasion, military intervention on behalf of zion and all the other stations of the cross for the modern day Reagan. It's also critical that we somehow convince the mud flood to start supporting our side of the kosher coin, because our cowardly behavior has doomed America and it might be hard to get votes when it becomes a cold weather version of Honduras and/or Sudan. Fortunately, our best mystery meat thinkers are on the case and I'm sure Red will figure out a way to convince the brown hordes that getting slightly fewer hand-outs is the better choice.

If the Republican Party does not start diversifying to represent the new demographics sweeping the nation, the GOP will be wiped out, outgoing Rep. Will Hurd told Axios in an interview published over the weekend.

That awkward feeling when a 85 I.Q. racial pot-luck is better at noticing obvious demographic reality than the "Act of Love" White cuckolds it cynically allied with. I mean, Trump got 8% of the "African-American" vote, clearly there's no problem connecting with a country that will soon resemble a banana republic combined with the African all against all and "religion of peace" pathology. You put a gun in your mouth and pulled the trigger, now it's time to notice the horrific mess.

When we don't know what the hell your mindless talmudic brown slave classification is you become "black," I guess. The Loser Party is finished, it's not 1982 any more, President Trump. You're not going to out-pander the Evil Party and even if you could, what would be the point? Give up on everything you're supposed to believe to stave off total irrelevance for a few more years, what an amazing deal. 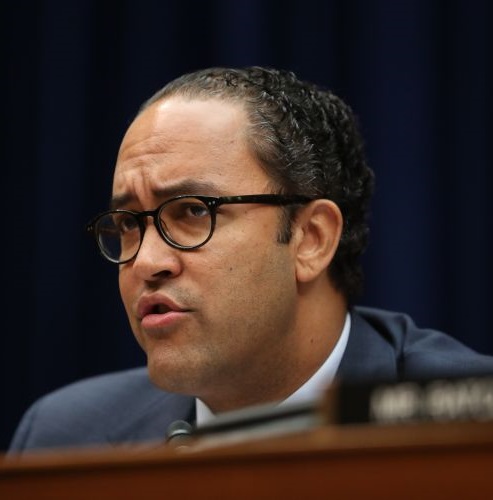 Hurd added that "we know where the trends are going" regarding demographics in the nation and that Republicans "know what we need to do."

He sounded the alarm that "minorities, people under the age of 29 and women with a college degree in the suburbs are not choosing the Republican Party."

The modern day Paul Revere. This is totally new information that we've never heard before.

Hurd announced his retirement from the House earlier this year, according to The Hill.

The three-term congressman also warned that Texas, which has been solidly conservative for decades, is up for grabs in the 2020 election.

It's about to turn "Blue" via the open border and when this happens we'll never see another Repellingcohen President. This should be obvious to anyone but an idiot, a small child or a senior Republican strategist.


Hurd said his own reelection last year showed how precarious the situation is in Texas, as he won by less than 1,000 votes in a very competitive district that is predominantly Latino.

I kept telling the unwashed inferiors that I was some combination of may-hee-can and other genetic garbage, but the news said I was "black." I barely won.


Hurd stressed that although he is not seeking reelection, he does plan to assist the GOP effort by helping more diverse candidates around the country. More than 25 percent of the House of Representatives is a racial or ethnic minority, but only 10 percent of that group are Republicans.

Fewer Whites in everything, White Man Bad, stop me if this sounds familiar. 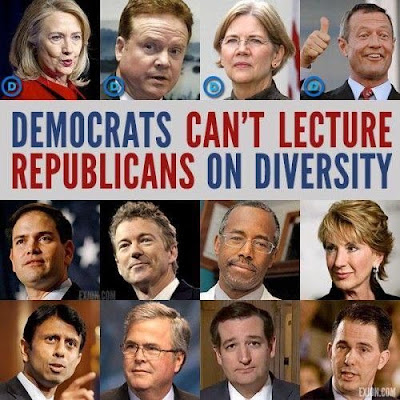