January 13, 2020
Like most good Americans I'm very worried about Iranian protestors. This is truly the issue of our time: jew-funded civil unrest on the other side of the world. I almost made today's post entirely in Farsi script; that's how busted up about this possible threat to our Great Ally and the sham of democracy I am. However, we must focus. There are more Baltimore monkeyshines to discuss, as the big Liberia Ball holiday was ruined by the same predictable behavior we've been seeing from the "African-American" ever since the hebrew chains were removed. Another 100 billion shekels down the garbage chute of this failed race of dangerous inferiors is likely to fix it, but we have to keep paying.

Authorities say 12 people were shot, five of them fatally, in eight separate weekend shootings in Baltimore.

A dozen groids get drilled in one day during winter. The progress is being made. First we had record low "African-American" unemployment. Then the stock market went up. The phony tough guy is "tweeting" in moon cult snake language. Everything is going to be fine.

The first of Saturday’s shootings was reported at about 2:30 a.m. and involved three female victims, all found with apparent gunshot wounds in a car in a northeastern section of the city. One victim, a 28-year-old woman, died shortly after arriving at a hospital.

Wow, talk about a crazy coincidence! What are the odds?

Shortly after 2:30 p.m. Saturday, police found a man fatally shot in southeast Baltimore. That was followed less than half an hour later by a shooting in central Baltimore that left a 37-year-old man wounded.

Daylight tribal warfare in a city completely annexed by the Heart of Darkness. Ignore the pathology, blame Whites. The coal critter will start improving tomorrow.

A 38-year-old man was found with a gunshot wound around 7 p.m. Saturday in northeast Baltimore.

Look what I found! It's a living fossil that became slightly less dangerous and slightly more aerodynamic from an interaction with high velocity projectiles. 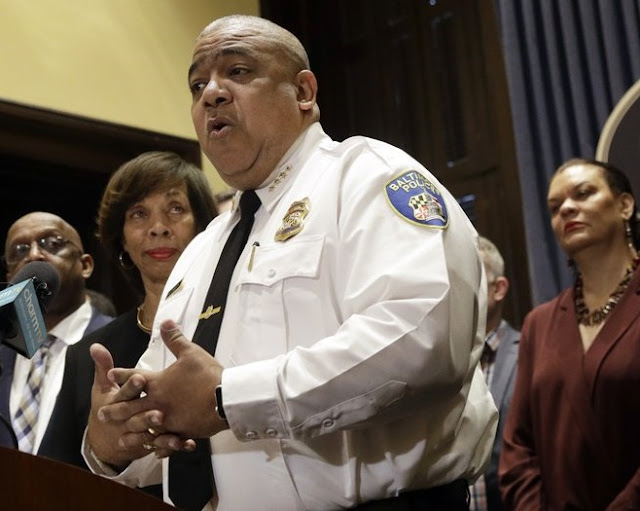 A shooting in southwest Baltimore about an hour later left one man wounded and another dead. More gunfire a few minutes later in northeast Baltimore left a 37-year-old man fatally wounded.

I bet this would stop if we forcibly disarmed Whites.

The main job of our brave Blue Lives: "finding" and disposing of nightmare creatures who got "popped."


The city recorded 348 homicides last year, its fifth consecutive year with more than 300 murders and the most violent year ever on a per-capita basis.

Well, we finally isolated the real problem. Those lousy democrats. If only we could elect a based Israel-first cuckservative to fix genetic reality.


“A day that should have been met with pride and community was once again flooded with violence and loss,” Scott wrote, an apparent reference to an NFL divisional playoff game hosted by the Baltimore Ravens on Saturday night.

Muh divisional playoffs ruined by the content of their character. I wanted to see "Look at that boy run!" on my talmudvision, not outside my door. Barkevious catches the "forward pass" of hot lead and is later "found" by 80 I.Q. police. Pride and community, decline and fall.

“This violence is heartbreaking and must stop now,” added Scott, who said he plans to question Baltimore’s police commissioner and other agency heads about what they were doing in the affected communities before and after the shootings.

In defense of the "five-oh" and the magic negro leadership I should point out there hasn't been a "racism" accusation in several days. 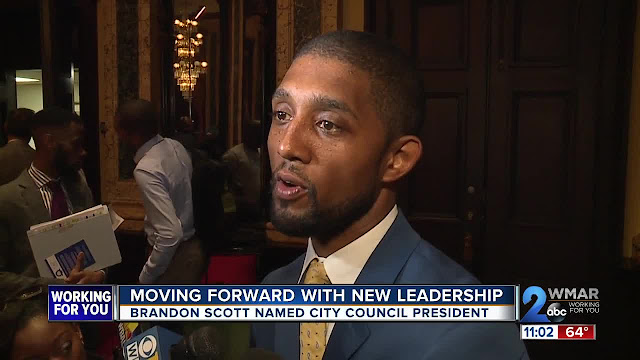