March 17, 2020
The biggest threat facing our rapidly dying homelands is "racism." Unkind words and glances are certainly more of a danger to our "multi-kulti" paradises than the collapse of jewish economic pyramid schemes or the alarming spread of Chinese Ant Flu. As you prepare to climb into that grave, you should really watch your manners. After all, globalism, enemygration and turning your formerly homogeneous country into a kosher petri dish is a mighty strength. Just ask Western Europe, where everything is going great.

Two women in Londerzeel, Flemish Brabant on Wednesday were victimized to a gang of aggressive immigrant youths.

They're here to save your pensions and work hard in yucky jobs you wouldn't want. These sand monsters are better [Belgians] than you.

One of the victims filed a complaint with authorities are after a dozen or so immigrant ‘youths’ attacked and humiliated her and another woman, kicking them several times and calling them “dirty smelly white people”, Het Laatste Nieuws reports.

The wonders of diversity, the amazing food and music, the opportunity to get assaulted by moon cult scumbags. This is a transformation you must make. Jews will be at the center of it.

The two victims say that the same group of immigrants was also part of a massive brawl at the end of January.

The rich tapestry of life for a foreign invader looting a land that has lost the will to defend itself from obvious threats.

Apparently, the incident began after one of the victims saw how the immigrant youths were destroying cars in a parking lot and told them to knock it off.

Let's try to reason with these moronic and violent moe-ham-heads. Say, could you stop with all the vandalism? I'm not "racist" or moloch forbid "xenophobic," but I don't think you should be destroying cars. Pretty please?

After attempting to de-escalate the situation, Annick said, “They [the migrant youths] started to intimidate and belittle us. Some of them laughed at me because I ‘only’ drive a Renault Clio and because I do my shopping in the Aldi.

There are no semitic hand-outs for the doomed indigenous population. The mahound enemy deserves our generosity; I'm sure they'll be very grateful. 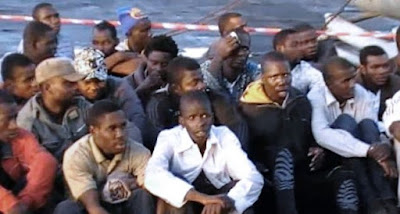 A few passers-by saw everything happen, but no one came to help us.

The absolute state of The West in 2020. We didn't want to be called names by our jewish enemy, so we ignored reality.


A complaint was filed with the Londerzeel police, it the victims hope that real action will be taken against the gain of marauding immigrant youths.

How many decades are you willing to wait?


“This is a village where peace must prevail. We want to show that we are not afraid of them. The gang keeps growing, and I can’t take that anymore. I hope that the local residents and our children can walk on the street safely again.”

What to do about this? Make complaints to police who will do nothing for fear of the jew? Well, what else is there?


Brutal violence carried out by immigrants against elderly Belgians has become commonplace. 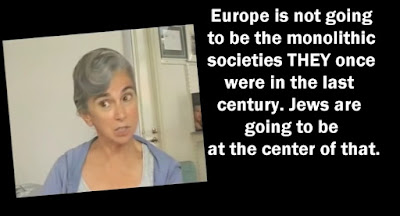