Inspired by the Activism

June 19, 2020
The typical American White, the same one who will endure almost any humiliation to avoid coming into conflict with the dark inferiors in our midst, is also deeply "racist" and full of completely illogical hate directed at innocent and noble genetic aliens. Obviously, it isn't easy to present this kosher snow job, even with complete control of the fraud news media, what with the endless groveling and appeasement emanating from the colorless people who we are assured by the merchant represent irredeemable evil and need to be replaced for "justice." To help this pathetic shuck along, we need more hate crime hoaxes and if they're unbelievably suspicious and low-energy, so much the better. After all, by making us sign off on obvious lies, the jew can attack where we're most vulnerable. Cowardice is not the solution: you'll only lose your soul to the kosher devil.

A Virginia police department and the FBI are investigating a possible cross burning at the home of a 17-year-old activist the morning after he helped organize a Black Lives Matter protest.

This is probably the most credible incident I've ever seen. During the height of the semitic race war an evil White "racist" in a ghost costume wandered into a negro area that resembles Beirut without the exotic Near East charm and performed "klan" make-believe against a 70 I.Q. "teen." It's going to be a real shock when the truth comes out, seeing how well-crafted this living fossil deception is.

The following morning, Brown was away from home when his mother texted him asking if he was okay. Someone had burned a cross on their front yard, she told him.

"My mother said she walked to the store and not even 15 minutes of her coming back someone had pulled up and burnt a cross," Brown told CNN.

Wow, the "confederates" must have been lying in wait or something. What do you think, Encyclopedia Brown? Please turn to the back of the book for the amazing solution to The Case of Black Lies Matter. 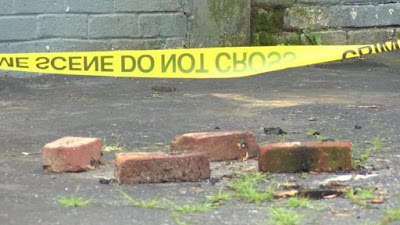 This was clearly the work of someone with a triple digit I.Q. and actual human genetics.

Witnesses saw an intense fire coming from a barrel on Brown's front yard early Sunday, according to a Marion Police Department press release.

A barrel, you say? Huh, how about that. Very interesting. Let me carefully write this in my junior detective notebook.


When officers extinguished the fire, they found "wood that appeared to be in the shape of a cross," according to the press release.

It looked like a cross burning as performed by someone with moron-level intelligence and alien DNA not found in any other people group.

Police say they are investigating the incident with the help of the Smyth County Sheriff's Department and the FBI.

The same "five oh" who routinely murder cherubic "African-Americans" because of the "color of their skin" are suddenly trusted with this delicate inquiry into the invisible enemy who definitely exists.


"The Town of Marion Police Department is absolutely committed to ensuring that people of color in our community are safe," Marion Police Chief John Clair said in a statement. "Our department, along with Smyth County Sheriff's office and federal authorities, will conduct and full and thorough investigation." 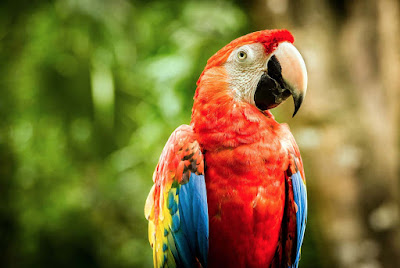 Brown attended his first Black Lives Matter protests in nearby Johnson City, Tennessee, in early June. After protesting for six consecutive days, and inspired by the activism he saw, Brown decided to organize a march in Marion.

Six consecutive days? But what about your job? Kidding, kidding.

Brown doesn't know who would burn a cross on his family's yard, but the experience hasn't deterred him from activism.

"The person that put this cross in my yard has made me stronger!" he told CNN. "It has made me want to go harder for my community."

"It's almost like this is a hoax designed to give me attention and sympathy from fools!" it told the American version of Pravda. 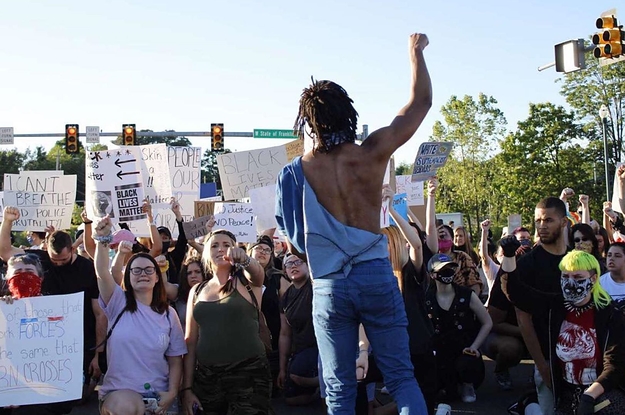 The death of a nation has a dignity all its own.
Black Lives Matter Thugs Death of a Nation Genetic Determinism Kosher Con Game Marion Pathology of the American Negro Phony Hate Crime Travon Brown Virginia We're Not Equal