The Lawmaker Provoked Them

June 24, 2020
I'm currently awaiting the official announcement from NASCAR that Bubba Smollett has been "eliminated" from the kosher circle runs. After all, that was the red-faced promise made by scumbags, criminal opportunists and cowards when faced with what every sane person immediately recognized as an obvious hoax. Well, we caught the "racist" behind this anti-White libel and it was the half-breed. Let's see that severe punishment. Also, get used to those empty stands, you're going to be seeing a lot more of them on your current kosher trajectory. We can't dwell upon this memory hole fodder for long, of course. In the Midwest Moscow a sodomite apparatchik got pummeled by the encroaching darkness and we're really not sure how to react to this.

Amid heated demonstrations that left two statues destroyed and windows smashed in Madison, Wis., a Democratic state senator was reportedly attacked by protesters near the state Capitol.

The communist death cult. Organized jewish worship of the ugly, the vile, the evil and the grave. Take that, monument! We're solving "racism." Now to batter a fellow leftist who gets aroused by the male anus. This is a highly coherent semitic (bowel) movement that is sure to fix offensive reality.

State Sen. Tim Carpenter (D-Milwaukee) told the Milwaukee Journal Sentinel that he had been heading to the State Capitol to work late Tuesday when he stopped to snap a photo of the protesters.

Gee whiz, let me get a picture of these crazy nihilists. Oh no, they're kicking my faggot ass.

“I don’t know what happened … all I did was stop and take a picture … and the next thing I’m getting five-six punches, getting kicked in the head,” said Carpenter, 60.

It's really perplexing. It's almost like any White who, at a casual glance, doesn't look like a debased scumbag will immediately become a target in the nightmare state we created because a negro criminal overdosed while in police custody.

In a message to The Washington Post, Carpenter said he may have a concussion and fractured nose in addition to a bruised eye and sore ribs and back.

This certainly flies in the face of the old "ignorance is bliss" argument.

“This has got to stop before someone gets killed,” he wrote. “Sad thing I’m on their side for peaceful demonstrations — am a Gay Progressive Dem Senator served 36 years in the legislature.”

We must stop the madness that I heartily endorsed until it targeted me. I'm a "progressive" who likes having building materials inserted in my rectum, you would think this would count for something in front of a Soros mob driven mad by jew-promoted afromania.

Protesters, however, said the lawmaker provoked them, the Journal Sentinel’s Lawrence Andrea reported. 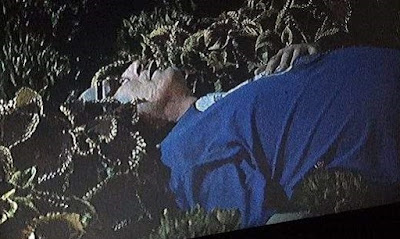 Early Wednesday, Carpenter emailed The Post a short video he took of a large group of protesters. In the 10-second clip, several people start yelling and pointing in Carpenter’s direction before at least two rush over to him and appear to grab at his phone.

“We called paramedics. An ambulance is here now,” Veeser wrote, sharing an image of a man identified as Carpenter lying on his back surrounded by what looks like shrubbery.


Looks like shrubbery of some sort, who knows, I'm not a botanist. Also a male spinster is lying there in a fair amount of pain or whatever.


On Tuesday, protesters took to the streets with renewed passion, outraged by the dramatic arrest of a black activist earlier in the day, the Wisconsin State Journal reported. Devonere Johnson, 28, was taken into custody after entering a restaurant in Madison’s Capitol Square area with a megaphone and baseball bat, according to the Journal.

"Justice" for Devonere! Animals straight from a nightmare should be allowed to threaten White people with bats and scream inanities at them through a megaphone.

In videos of the arrest that circulated widely online, Johnson initially appeared to resist, resulting in a struggle with several officers. He ended up on his stomach on the ground with at least three officers holding him down.
Yeah, so it would "appear." What are you going to believe, the trustworthy merchant on your telavivision or your lying eyes?


They also pulled down two statues that stood outside the statehouse, including one of Col. Hans Christian Heg, a Norwegian immigrant and abolitionist who died fighting for the Union during the Civil War.


Heg’s likeness was beheaded and thrown into a nearby lake, WKOW reported.


The other statue torn from its base was a replica of Madison’s famed “Forward” statue, intended by its creator to be an “allegory of devotion and progress,” according to the Wisconsin Historical Society.

It's now an allegory for the decline and fall after decades of jewish demoralization. 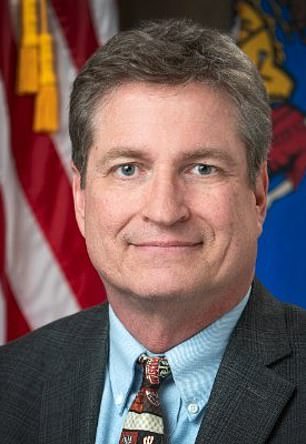