Chiraq: Have Some Optimism

July 14, 2020
After another weekend when children were among dozens of shooting victims in Chicago, police Superintendent David Brown repeatedly asked for more time Monday to deploy his strategy of “community policing on steroids” to bring down the nearly unprecedented level of violence.

If this grotesque analogy is referring to the shrunken testicles, severe mood swings, impotence and damage to internal organs then we're definitely going to see this roided-up "community policing," whatever that even actually means. The walrus careerist and the magical southpaw negro set a very high bar for total ineptitude and denial of obvious reality, but Brownie here might actually be the most completely worthless public face the Chiraq "five oh" has ever seen. Just let artificially muscular tribal warfare sort itself out, this should stop the bizarre spike in violence we're seeing for reasons unknown. Forget steroids, this is policing on PCP.

Unlike at past Monday news conferences, Brown did not hurl insults at gunmen or complain that not enough people are being locked up.

We've really had it with those dawg-gone "gunmen," presumably White "racists" clinging to a right that needs to be taken away, shooting up the Midwest Mogadishu. The answer is to pack those prisons with nigga bodies (Ah!). Careful there, you're getting really close to Thought Crime. Let's safely retreat to singing the praises of drug use and "disband the police" lunacy.

Instead, he once again insisted that the drug trade is the “pipeline to the criminal justice system” and doubled down on his belief that community outreach is a solution.

We just need more "midnight basketball" leagues and McGruff the Crime Prevention Dog to stop the dark continent all against all.

Brown noted that a specialized unit he announced last week would both respond to flare-ups and perform service work in neighborhoods.

Here, let me help you vandalize that wall. Sorry, someone just got shot while sitting in a car, I have to go.

He also wants cops on tactical and gun teams doing community service every day, and said he believes in street outreach and violence-interruption efforts.

Are we going to get that giant net or what? You speak in riddles.

But he said these programs take time to produce results. “Don’t judge it on the short term. It’s just the beginnings of it,” Brown said.

These things take time. It might be decades before you see any discernible improvement. You have to be very patient. The negro failures are being solved, don't worry. They should start approximating human behavior in a few hundred years. 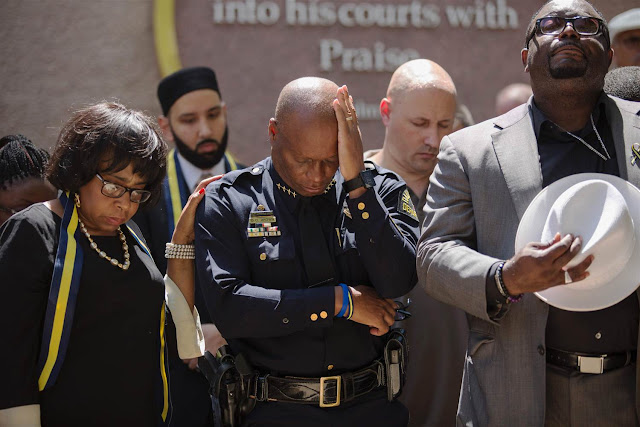 Doing a heckuva a job, Brownie.

“As it matures and grows to a larger capacity, not just geographic capacity but more people doing it. … I think we’ll likely see great results.”

I would be absolutely shocked if the poorly defined ideas created by an 80 I.Q. mind aren't extremely successful.

This past weekend, at least 64 people were shot and 11 of them died. The youngest victim was a 15-year-old boy on the Far South Side, blocks from where his older brother was fatally shot in April.

The content of their character. We hold these truths...you know the thing.

As Sunday drew to a close, a 15-year-old girl was shot while standing on a West Side street, just half an hour after two teenage boys were wounded while sitting in a car at a South Side gas station.

I say, passing the flower of our youth ensconced in Ford's legacy here at the Saudi Stop is the finest idea we're ever had. Would you like to hear my flat tax proposal? Hello, looks like we've both become slightly more aerodynamic.

More than 1,900 people have been shot in Chicago this year, 550 more than at this point last year, according to data kept by the Tribune.

Wow, that's really incredible. Must just be bad luck or something. It certainly isn't being caused by any larger trends in our dead nation.

The superintendent did not say when the unit would begin its work, saying officers were still being recruited to reach the full deployment of more than 200 cops.

Since we've defunded the police because some criminal animal overdosed in custody in another state all of you new recruits will be expected to work for free.

An internal memo obtained by the Tribune indicates it will be called the Community Safety Team and will operate out of the Englewood police district on the South Side and the training academy on the West Side.

I can't wait for the heroes of the "Safety Team" to fix the genetically preordained pathology by yelling through a blowhorn, carrying a bat, locking doors and saying things like "all the White kids stand up."

“When it is created, we want it to be a community-oriented, policing-first citywide unit, and that’s different, that’s not your father’s citywide unit,” Brown promised, referring to similar attempts in the past.

This has absolutely nothing in common with past failures.

“That’s not something that’s been done with a citywide unit, from what I understand. … They’ll still be getting guns off the street, arresting violent offenders, but we can walk and chew gum at the same time.”

Brown was asked why he thinks the unit will work this time. He chided the reporter, telling her not to be “so jaded” and to “have some optimism.”

You just have to believe hard enough. Have faith, the negro will start improving tomorrow.

“This is a complex, nuanced problem that will take more than just the police,” Brown said.

Chiraq "drilling" is very complicated. Shooting a fellow evolutionary dead-end sitting in a car is like some sort of living fossil Manhattan Project.

We have severe witchcraft problems, spectral attacks, evil eye, root wizards and all the rest and you expect me as a humble constable with no formal inquisition training to somehow stop the devil's attacks on this village?

He talked about a conversation he had with a 25-year-old on the West Side who claimed to have seen 54 of his friends killed.

“They need an opportunity to have a job, participate in the American Dream, see a future,” he said.

The irony of an affirmative action tar monster promoted well beyond its meager abilities saying this did not go unnoticed.

One alderman dismissed the initiative as “fluff,” but Brown said his plans have been well received by community residents he’s talked with.

Every sane person knows this is a wasteful doomed program to go on the giant pile with all the others, but my nigga Barkevious who has 54 dead friends thinks this snow job be bout it, bout it.

“People were on the porch of their homes, out excited about this interaction with the police,” he said.

Stereotypes: they don't arise out of nothing.

Shameka Turner, who lives in the Austin neighborhood on the West Side and is the founder of the Resident Association of the Westside, listened to the press briefing and told the Tribune she was not impressed with Brown’s comments.

“As an Austin person, when I call the police or when I’ve been pulled over, guess what, they’ll never look like me on the West Side.

The average representative of the "po po" isn't an overweight Hottentot with a "weave" and giant fake nails, if you can believe it.

“It’s the other ones that don’t look like us pulling us over and doing all other kinds of stuff that the people don’t trust.”

Western Civilization has got to go. 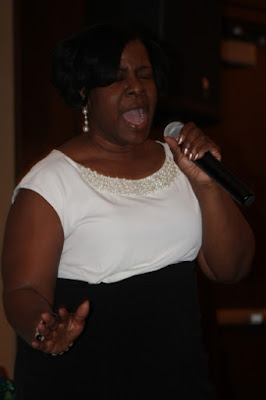