Hundreds of Years of Sleep Deprivation

July 17, 2020
The already broad reach of what qualifies as "racism" keeps expanding with each passing day spent on our national deathbed. This neologism from jewish communists probably never had an actual meaning to begin with, other than slurring normal human behavior, but now it's a blank slate for anti-White scumbags to spray vomit across. It's probably safe to say that any action or lack of action from a White person other than dying and being forgotten probably now qualifies as a component of this kosher blood libel. It turns out that even something as mundane as the inherent laziness and lack of concern for the future found in the negro animal is actually the fault of Whites, according to some huckster writing for an audience of young White girls.

Teen Vogue, in its imperishable desire to act as the spearhead for political correctness, published an article titled “Black Power Naps Is Addressing Systemic Racism in Sleep,” in which they plugged an artistic initiative entitled “Black Power Naps,” which argues that blacks have had shorter lives than whites because blacks were not permitted to sleep, and thus reparations must be given in the form of time off from work.

America's magazine of record nails it once again. Black power outage, rolling brown-outs in our urban zoos, democracy dies under a flood of darkness. While Whites have mastered the art of sleeping through the planned semitic demolition of our homelands, the restless inferior has been denied a chance to "chill" by cruel slave owners, to say nothing of the jew who sold this worthless cargo as the bargain of a lifetime.

Teen Vogue writes of Fannie Sosa and Navild Acosta, who created Black Power Naps, that they “were tired, but it wasn’t just any old fatigue."

I don't feel no ways tired, purse full of hot sauce, etc. I'm really tired of sharing my living space with this alien sewage and this isn't just any old negro fatigue.

Teen Vogue says Black Power Naps is “also a recognition of the hundreds of years of sleep deprivation that Black people and people of color have experienced as a result of systemic racism, a way to pushback against the false stereotype that Black people are lazy, and an investigation of the inequitable distribution of rest.”

Another "false stereotype" that can be confirmed by anyone with working eyes. We need to redistribute the valuable resource of sawing wood and drooling on a pillow. Your workplace will be installing special negro hammocks, while you'll be expected to work 14 hours days to cover the newest burden from the living fossils. Most Whites would probably agree to this.

Acosta posited, “We’re dealing with an inheritance of sleep deprivation. Sleep deprivation was a … deliberate tactic of slave owners to basically make the mind feeble. That same tactic has only evolved.”

The tar monster has a 70 I.Q. because of a failure to get muh sleep on. If only Barkevious could hit the hay instead of being tactically denied this right by "racists" I'm sure it would start acting human. 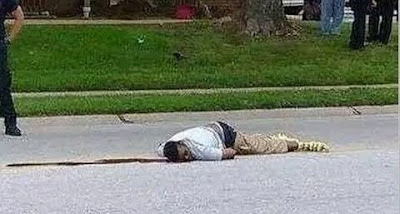 "They don't do nothing but sleep and doze, he don't wake until his eyes are tired of being closed. It's half a day's work for him to scratch his toes."

Teen Vogue adds, “This conversation about rest is particularly pertinent now, as people take to the streets to say Black Lives Matter. If Black people keep having to fight for their humanity, how can they ever rest knowing they could be in danger?”

Burning, looting and vandalizing to prove your "humanity" is really hard work.

Wow, I sure hope I don't run into you sleepy groids during Civil War 2. 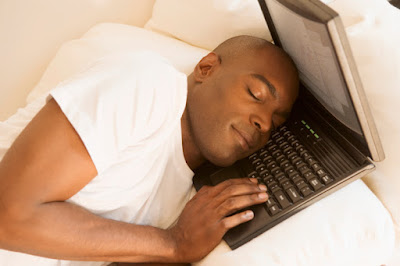