In Defense of America

July 29, 2020
Our dying country is under the complete control of "White Supremacists" who use their massive wealth and influence to advance the cause of "racism." These dominant wire-pullers then deploy their vast army of evil "not-sees" to attack negro memorials that no sane person even knew or cared about. This is what the jewish media and educational industrial complex honestly wants you to believe and if you notice how ridiculous these claims are that's just proof you're one of the evil "nazzees" striking from the shadows against "doing the right thing" and "diversity." Yes, the colorless monsters are real and they're out there. We need a lot more summary punishments and ritual humiliations directed at a demoralized people whose main concern is avoiding conflict at all cost.

The Buffalo Soldiers National Museum near Midtown are calling for the suspects who vandalized their building to be caught.

The horrible and shocking "racist" attack against *squints* negro soldiers who ineptly fought against injun terrorism over a century ago. I don't think I've ever seen something this plausible. The evil pink people are on the loose. Send help.

According to a post on the museum's Facebook page, the side of the museum was "defaced with what appears to be a swastika symbol and a statement that reads, 'Sucks Democratic Party.'

Time for the semitic fraud news to awkwardly describe the National Socialist symbolism incompetently made by a 70 I.Q. negro seeking attention. Also, take that you lousy Democrats! I'm voting for the elephant because I believe in bowing down to Israel and bravely representing all the leftist policies from five years ago. 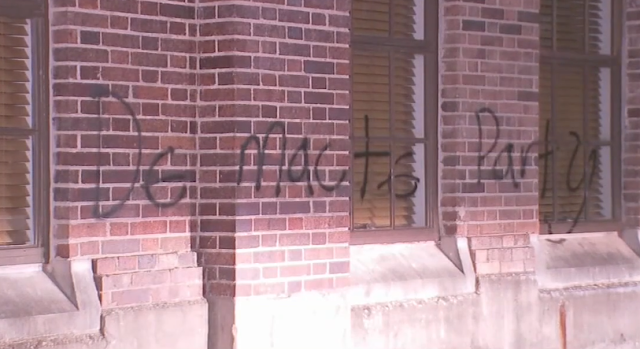 We must defeat the "Demacts" with our mail-in "pandemic" votes.

The incident happened Tuesday during National Buffalo Soldier Day, a day that celebrates the contributions of African American men who fought and died for the U.S.

I'm sure the vile Legacy Americans behind this outrage were well aware of this incredibly obscure holiday and timed their Red State villainy to correspond with it. What do you think, Encyclopedia Brown? Please turn to the back of the book for the amazing solution to The Case of the Buffalo Bull.


"For 19 years we have educated the Houston, surrounding communities and the world with the stories of African American men and women who sacrifice their lives in defense of America."

I really can't say enough about your heroism. Say, is that paint all over your hands?

"We have never dealt with such disrespect, hate and racism," the museum's post read.

This is the worst outbreak of witchcraft, evil eye and corpse bothering I've ever seen. We need to burn a lot more unpopular people, that's for sure. 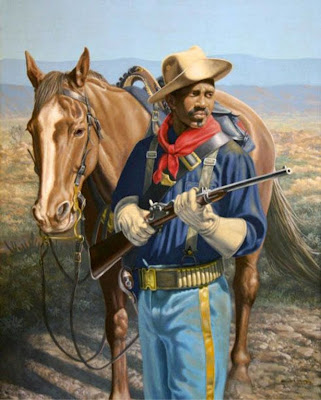