July 30, 2020
We are living in troubled times, what with the afromania meltdown and the unbelievably deadly virus of unknown origin ravaging our dying homeland. Where are your goggles, slave? Do you want to kill other people? Get on your knees for a criminal negro who overdosed in police custody. Give up your rights, surrender your past and destroy your future. It's a lot to handle all at once, but at least we're keeping everything in perspective and focusing on what really matters: shaking down Eastern Europe for holohoax geld. Our remaining healthy nations are facing another attack from big jew.

The United States is criticizing a number of eastern and central European nations, including Poland, for failing to compensate Holocaust victims and their families and communities for property seized during Nazi occupation in World War II as the numbers of survivors dwindles due to age.

In a report issued Wednesday, the State Department called out Bosnia, Belarus, Ukraine and particularly Poland for not having acted on restitution claims. Croatia, Latvia and Russia were also taken to task in the report, which is likely to draw angry responses from the governments identified.

Make Latvia pay shekels over long discredited Soviet war propaganda! This is definitely why I voted for the phony tough guy. Come on Croatia, cough it up. We really need to hose Eastern Europe over a jewish lie, it's very important.

“Much time has passed, and the need for action is urgent,” Secretary of State Mike Pompeo said in a forward to the 200-page report that looks at the records of 46 countries in meeting commitments they made to restitution in 2009.

Our cities are burning, our rights are being stripped away, we're drowning in spiritual sewage. You know what's really urgent? Giving more money to semitic grifters. 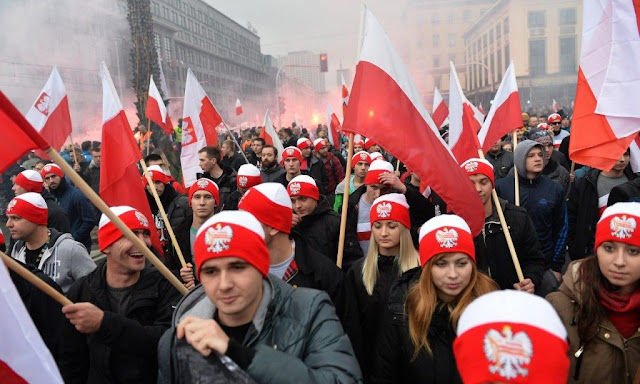 Rejecting the rot in Poland.

The report had been due for release in March but was postponed because of the coronavirus pandemic and concerns it could fuel anti-Semitism during the economic turn-down caused by the outbreak.


“As we mark the 75th anniversary of the end of the Holocaust, the legacy of the Nazis’ mass looting remains in too many places and largely unaddressed,” he said.

We'll pretend the legacy of decades of jewish communism which devastated these countries never happened.


The report noted that Poland, which had the largest Jewish community in Europe before the outbreak of World War II, has not yet enacted comprehensive legislation on national property restitution or compensation covering Holocaust confiscations.

If there's hope it lies in the Poles.


The lack of a resolution to the issue in Poland became part of the country’s recent election campaign, with the right-wing president, Andrzej Duda, repeatedly depicting his liberal opponent, Rafal Trzaskowski, as someone who would sell out Polish interests and hand over huge sums to an “international lobby,” a veiled reference to Jewish groups seeking restitution.

In America every election is a contest to display your undying loyalty to the internationalist octopus, the sodomite freak and the dark inferiors. In Poland their President named the jew.


Russia was also singled out for nationalizing and failing to pay compensation for property, including art work, seized or nationalized by the former Soviet government.

Millions of Russians died in a disastrous brother war on behalf of jewish communism, but a lot more needs to be done. Gibs me muh art work, goyim.


The report was mandated by Congress in a law known as the Justice for Uncompensated Survivors Today, or JUST, Act, which was signed by President Donald Trump in 2018 with the support of many lawmakers and Jewish groups.

"Sign the JUST Act!" I screamed at the Trump rally until my voice was gone. MIGA.


“As the JUST Act report makes clear, Holocaust survivors and Jewish communities continue to wait for justice for property that was wrongfully taken from them,” said Gideon Taylor, operations chairman of the World Jewish Restitution Organization.

Remember when the word "justice" actually meant something? Yeah, me neither.


“Even in these hard times, countries should live up to their pledges to address the material wrongs of the Holocaust while the remaining survivors are still alive.”

Then one day, for no reason... 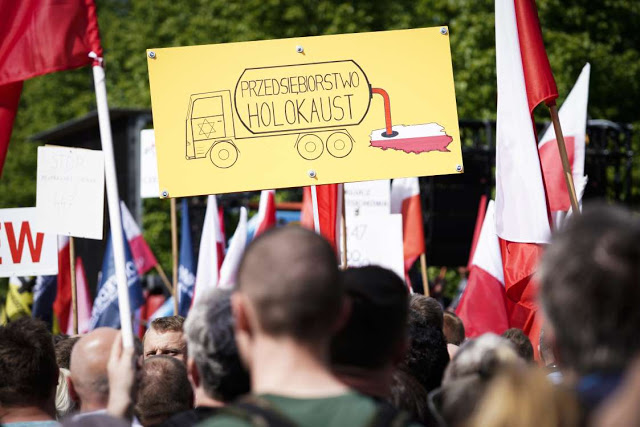