One Easy Trick to Fix Chiraq

July 16, 2020
In the Chicago tribal all against all there is every cause for optimism. The ultimate goal of a perfect society where only 300 murders happen per year seems tantalizingly close, even if the numbers are currently going in the wrong direction, if you want to get super technical. We're probably only one more program away from turning the "African-American" into something that can pass for human in bad lighting. If you don't believe me, just ask the "yella" dyke muppet mayor, who has an exciting new strategy to fix the monkeyshines that, to the best of my knowledge, has never been tried before.

Mayor Lori Lightfoot (D) suggested Wednesday there are “easy things” that can be done in response to Chicago gun violence, one of which is institute more gun control.

You mean the performance-enhanced "community policing" brilliance from Brownie isn't enough? On the other hand, you have way too many rights and those have to go because the negro is behaving in an entirely predictable fashion and the "racist" police are simply ignoring the Dark Continent malfunction out of a sense of self-preservation.

The Chicago Tribune reported Lightfoot made her comments in reaction to President Trump’s intimation the federal government may step in because leaders in Democrat-run cities, particularly Chicago, have seemingly acquiesced to gun violence in their streets.

The problem here is obviously those gosh darn Democrats. There is no racial component here, no way. If a good Loser Party representative like President West was in charge the tar monster would immediately put down the "beam" and start writing sonnets. Unfortunately, the dangerous and moronic inferiors are still trapped on the "Democratic Plantation" and those high taxes and socially permissive policies are making brothas hostile.

Lightfoot said, “If the president was really committed to helping us deal with our violence, he would do some easy things. What he would push for is universal background checks, he would push for an assault weapons ban, he would push to make sure that people who are banned from getting on airplanes can’t get guns.”

Right now you can go down to ye olde gunshoppe and purchase one of those miniguns from the movie "Predator," no questions asked. There are no background checks, it's in and out. Does it matter that I'm banned from airplanes? No, of course not, let me gift wrap your new MG-42.

She did not mention the Chicago-area already has an “assault weapons” ban, thanks to a Cook County prohibition. Moreover, Chicago and the entire state of Illinois already have a licensing process for would-be gun owners that includes a background check.

Yeah. Imagine that. It's almost like this alien's previous statement was complete and total nonsense. 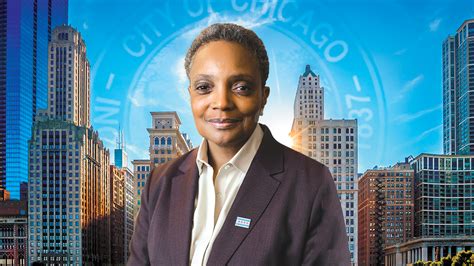 This is a defacto universal background check system wholly separate from the vetting process one goes through to purchase a gun or obtain a concealed carry permit.

One of the 89 forms you have to fill out to buy a .22 revolver is probably that one, we think.

The “assault weapons” ban and background check requirements do not impact criminals because criminals acquire their guns from dark sources rather than retail stores, gun shows, the Internet, etc.

I always assumed the "gun show loophole" was arming our drillahs and hittahs, but here's a wise cuckservative to set me straight.

On August 30, 2015, Breitbart News reported a University of Chicago Crime Lab study showing criminals in the Cook County jail largely spoke of having acquired guns in undetectable ways on the street.

That's amazing. Next you'll be telling me there's racial differences in I.Q. and the jew really isn't our best ally.

Another ramification of criminals’ means of acquiring guns is that Lightfoot’s no-fly, no-buy suggestion is moot. Such a law would have no impact on Chicago gun violence because it presupposes criminals are buying their guns from a retail store instead the street. 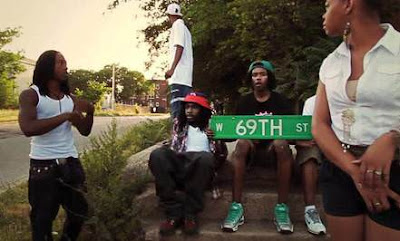 I was banned from a Chinese airline for supporting Tibet's independence and now I can't buy a gun.
All Against All Chicago Chiraq Democrats Gun Grabbers Lori Lightfoot Midwest Mogadishu Muh Democracy Pathology of the American Negro Tribal Warfare